Accessibility links
War Is Hell: Andy Carvin and the Tweeting of a Graphic Syrian Video : NPR Public Editor How far can a social media journalist go in sending graphic videos of children and violence? NPR's near-legendary Andy Carvin got push-back yesterday for gruesome Syrian images that he re-Tweeted. Carvin argues that the rules of social and traditional media are different. Do we need to be reminded of the cost of war?

War Is Hell: Andy Carvin and the Tweeting of a Graphic Syrian Video

War Is Hell: Andy Carvin and the Tweeting of a Graphic Syrian Video 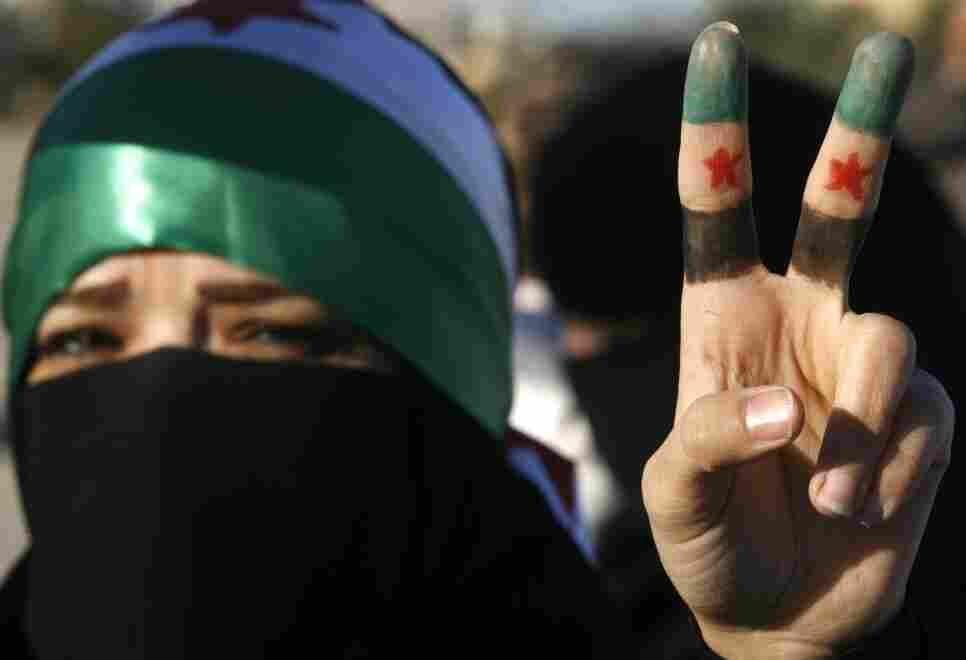 A woman flashes the V for 'victory' sign with her fingers painted in the colors of the former Syrian flag during a protest against the Syrian regime outside Damascus' embassy in Kuwait City on Feb. 5, 2012. Yasser Al-Zayyat/Getty Images hide caption

In the world of Twitter and social media, Andy Carvin has become a legend of sorts. I don't want to sound too much like a publicist for NPR, but the role of this NPR digital strategist as, effectively, Twitter Central throughout the Arab Spring—for the Arabs themselves in the uprisings—has won him numerous accolades. The Washington Post called him a "a one-man Twitter news bureau." The New York Times said he was "a personal news wire about Egypt."

As of today, Carvin has 62,450 Twitter followers. He told The Post last year that he tweets 7 days a week and up to 16 hours a day, sometimes more, from his laptop and phone in Washington, D.C.

His role in covering protests and unrest in the Middle East began in 2010 when he used Twitter contacts in Tunisia to crowd-source coverage of the revolution. He went on to repeat the formula in each successive country of unrest, using the same style of crowd-sourcing to debunk myths, share pertinent information, and create a written record of revolutions in real-time. 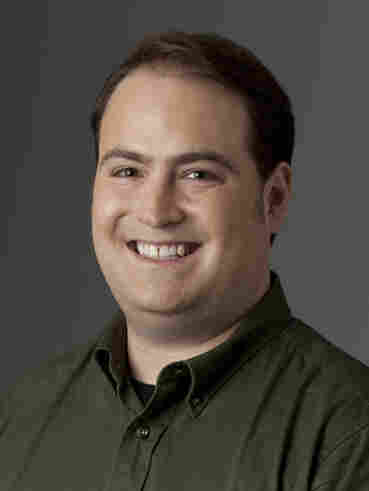 But Carvin's job has meant that he is often sent disturbingly graphic images and videos. He is then faced with the same predicament as the traditional media side of NPR and all other news organizations. What to do?

This is what happened yesterday with a video tweeted to him showing gruesome footage of children injured in the current Syrian conflict: he re-tweeted it with a warning. He wrote: "2 boys: one w/ his jaw blown off; the other his foot. Worse than graphic, an abomination. My hands are shaking."

The re-tweet has set off a minor furor, especially in the United Kingdom. Among his critics was a British digital legend of sorts. As The Telegraph reported today:

Sky News Digital News Editor Neal Mann, named by a survey last year as the most influential tweeter in the UK media, called the video "disturbing" and said he would not post it. Much of the footage coming out of Syria is "haunting", he wrote.   Journalists are used to dealing with such footage, but "I do not feel comfortable pushing it to those who aren't."

Many of his followers agreed with his decision. "I'd rather not have a link, thank you," wrote user Mavis Wombat. "I can know how disturbing it is without having seen it. Once seen it cannot be unseen."

"I agree," wrote Cliona Wilmott. "It is one of the most disturbing things I have ever seen. If people are determined to see it, they will find it."

Others disagreed and felt that Carvin was performing a service.

I asked Carvin himself to respond. His statement is one of the clearest I have seen when it comes to social media and graphic content, and to the difference between social and traditional media, such as NPR radio. He wrote:

The issue of whether to link to graphic imagery via Twitter is something that has come up a lot over the last year, due to the nature of much of the footage coming out North Africa and the Middle East. On my Twitter account, I will share links to graphic images when I think it's warranted. Until very recently, mass media had no choice but to be very discrete when it came to such imagery: think of the evening news playing in the family room, or the newspaper sitting on the counter at breakfast. The media grew up in an era that was family-friendly. Understandably, news organizations were cautious about what they would post, but even so, there are times where they chose to share the content. Think of the image of the South Vietnam officer summarily executing a POW by shooting him in the temple, or the naked Vietnamese girl running from a napalm explosion. Or more recently, footage of Muammar Gaddafi before and after he died. So there are times when even mass media will conclude something is newsworthy enough to share it.

On Twitter and other types of social media, I feel the situation is different. Before a person is going to see anything I've linked to, first they have to subscribe to be a member of Twitter, then subscribe to my feed, and then make the choice of whether or not to click the link. I always go out of my way to label such footage as "graphic," and try to describe the content as bluntly as possible, so people will know what they're getting themselves into. Meanwhile, my Twitter account is set up so that people who visit my page there first have to consent to seeing images I've posted, so they're not accidentally exposed to it.

War is hell—there's no way around that. And the growth of alternative media, social media, citizen journalism and the like now gives the public many ways to access content that would otherwise have been lost in archives. People now have the choice whether or not they want to bear witness, and I try help them make an informed choice. The responses I get online are overwhelming supportive, but everyone agrees that this is a difficult issue and people need to follow their own conscience on what they're willing to share online.

I side with Carvin on this one. As someone who has fought in and covered wars, I also think that for some of our armchair warriors who—for either nationalistic or humanitarian reasons—are so quick to send young men and women into war, it is good from time to time to have a reminder of the human costs.