Accessibility links
Politically Correct: An Aspiration or Pejorative? : NPR Public Editor In last week's column, I asked whether it was taking political correctness too far to question the word "nutcase" in an NPR report. Most readers agreed it wasn't, but some – including NPR's own Vice President of Diversity — disliked framing the conversation in terms of "political correctness."

Politically Correct: An Aspiration or Pejorative?

Politically Correct: An Aspiration or Pejorative? 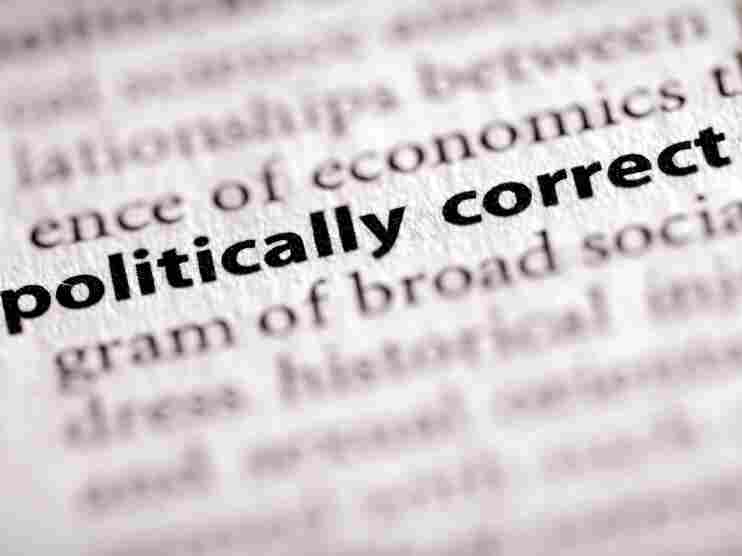 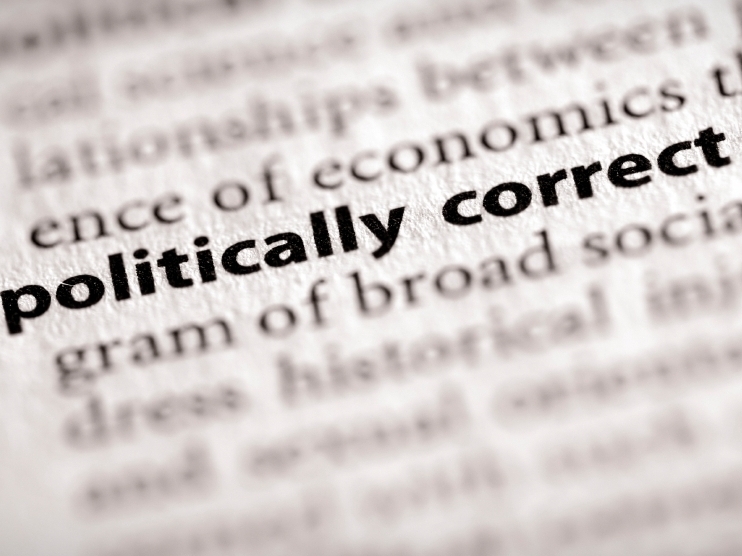 In criticizing a reporter's use of the term "nutcase" last week, I wrote that "political correctness can surely get out of hand," but not in this case. Readers and editors who responded widely agreed. The pushback came on another term: political correctness.

Some readers said my reference to political correctness was itself pejorative. Simply using the term legitimizes the argument that all political correctness is phony and extreme, they said. Among those readers was Keith Woods, the vice president of diversity at NPR and a sounding board I often go to for wise opinion. This time, however, I don't agree with him, so I thought I might put it to you for your opinion. If you are interested in language, logic and issues of diversity, you might particularly find the exchange below interesting, or even worth commenting on.

Woods fired the first shot, but I couldn't wrap my head around his criticism. "You lost me, Keith." I wrote. "I thought I was dismissing the political correctness argument. But maybe I am missing something."

And so he explained more simply for the hard-to-understand:

You DO, in fact, affirm that people were justified in complaining about "nutcase." I've got no qualms with your conclusion. What I'm saying is that by embracing the "political correctness gone too far" frame for even discussing this, you've done damage to such complaints.

My argument is that the term "political correctness" is the problem. You seem especially adept at parsing language and exploring its logic, so I'm suggesting you begin with that term.

What does that look like — "political correctness" that doesn't go too far? Is it our complaint that "illegals" shouldn't be used to describe people? Is it pushing journalists to say "black kids" instead of "inner-city youth" and other empty euphemisms for race and class? Is it suggesting that journalists shouldn't link a woman's wardrobe to the reason she was raped? Is that being "politically correct?"

The problem is that my last linguistic construct — "acceptable political correctness" — is an oxymoron.

Don't people begin rolling their eyes at the mere mention of "political correctness?" Isn't the term pejorative at its core? When would it ever be acceptable to be "politically correct?"

My objection then is that the phrase "political correctness" is unto itself a judgment of the validity of a complaint. It's the frame through which people who'd rather not think about what they're saying dismiss those who believe that people should be responsible for the impact of their words.

The question in [this] case is this: Are people right to be offended by her use of "nutcase" or are they being unreasonable? We can ask the question as directly as that and never have to employ the dismissive and code-packed "political correctness."

But I didn't agree. I wrote:

I actually think that there is acceptable political correctness, and that it is not necessarily a pejorative term. But maybe I am out of step with most people, and you are more in tune. Do you want to turn this into a public conversation with our audience? We might be able to curate the discussion in some way to reach out to others who think seriously about these issues. I suspect that I will lose in the court of a wider audience, but I don't mind because I actually think that it is noble to try to be politically correct, because I think being political itself has a noble side to it that I don't want to give up to the cynics and critics. But as I consider your argument, I think most thoughtful people will side with you and dismiss me as a hopeless romantic. There are worse ways to be dismissed.

(I added that I also wanted to hear what is wrong with "play the race card," but that's another discussion.)

While I was waiting for Woods to respond, Bob Carolla, a spokesperson for the National Alliance on Mental Illness, wrote to my assistant, Lori Grisham. The two had been corresponding on the extension of mental illness among Americans, when Carolla quite coincidentally added:

I understand sentiments that there is too much 'political correctness.' But what does that phrase mean itself? That we shouldn't try to do the right thing? That there shouldn't be civic dialogue about language and attitudes? In some respects, invoking political correctness is only a way to duck an issue, rather than consider it.

The arguments were stacking against me. I turned to Webster's New World College Dictionary, NPR's dictionary of choice, in hopes of finding support. I didn't:

All things considered, I suppose I could express defeat. Perhaps framing columns in terms of "political correctness" shuts down conversation – certainly not my intention as ombudsman.

But I am reminded of a recent discussion I had with a group of young people of different backgrounds. I was shocked to learn that some of them thought "democracy" was a dirty word. They thought it had been debased by the invasion of Iraq in the name of democracy. The word, some said, was synonymous for American unilateralism and bullying. I got angry. Regardless of what you think of some American actions, I said, you can't let the noble idealism of democracy be taken away by those you disagree with or who would misuse it. You have to restore the true meaning of the word and brandish it for all its human aspiration.

And so I am not yet willing to give up on being politically correct, either. To me, in its first reading, the term means to be politically inclusive, and that is a good thing. It is what is democracy is all about.

If this is so, then it is not an oxymoron to speak of political correctness going too far. Many things, perhaps most things, regardless of whether they are inherently good, can be overdone. Every successful democracy, for example, has limits. Fundamentalism and extremism in democracy can lead to anarchy.

Political correctness taken to the extreme leads to absurdity. There are plenty of examples of this, opening the way to pejorative inflections on the term by critics. But this doesn't deny the nobility of being political and being correct within reasonable measure. How much measure? That is what is always open to debate. But we cannot let some disparage the noble in the name of the extreme.

Language, however, is dynamic. I recognize that words change meaning over time. This, indeed, is a constant theme of these posts. I am open to your opinion on where you think we are today on the term political correctness.