Accessibility links
Christian Is Not Synonymous With Conservative : NPR Public Editor A Morning Edition interview about an anti-abortion movie labeled a "Christian" film provoked a backlash from progressive Christians. But what do you do when that is the name of the genre and politically conservative Christians appear to have a lock on the Christian name? What is a Christian anyway, and what do they believe? Oh, and what would Jesus do?

Christian Is Not Synonymous With Conservative

Christian Is Not Synonymous With Conservative 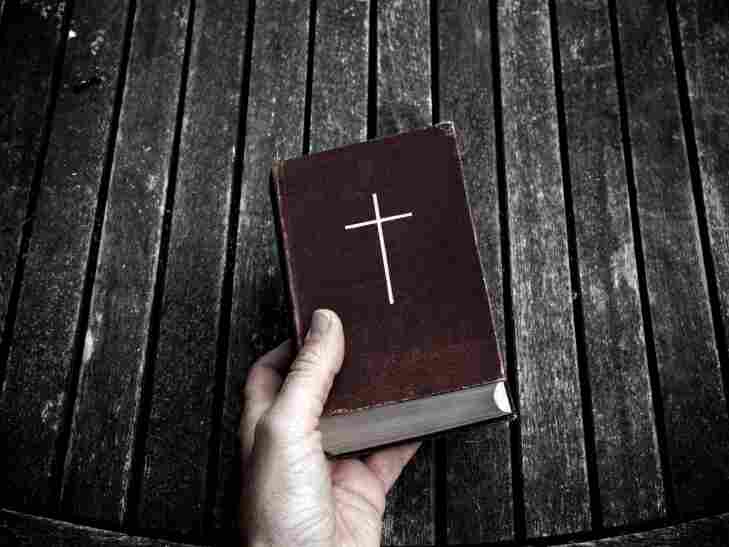 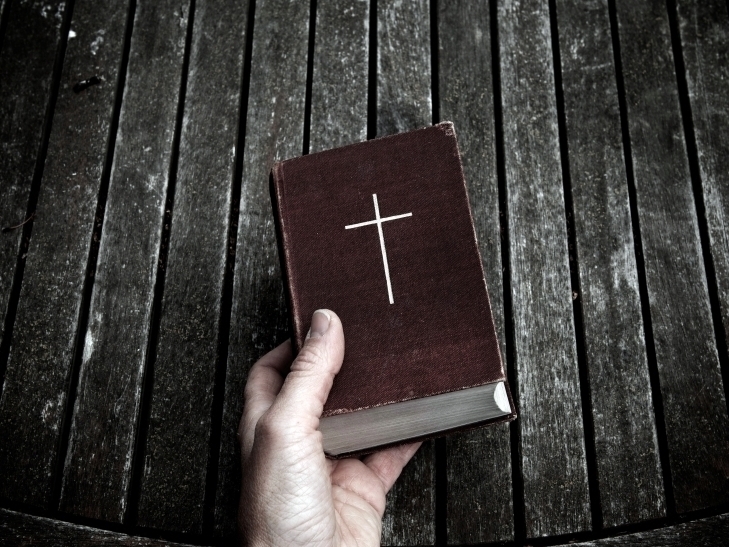 Who are "the Christians"?

This beguilingly simple question was provoked by a Morning Edition report in which host David Greene referred to an anti-abortion movie, "October Baby", as a "Christian film." Many Christians objected. They didn't identify with the movie or its message.

Roughly 78 percent of Americans are Christian and have a wide variety of views—even on abortion.

"I've been troubled for years that conservative, evangelical Christians have appropriated the name 'Christian' as if Christians holding progressive views don't exist," wrote Theodore Johnson of Basye, VA. "In today's story, the reporter seemed to go along with that fiction by using the word 'Christian' without adding 'conservative' or 'evangelical' or some other words to indicate that these are Christians with one point of view that isn't held by everyone who consider themselves Christians."

Johnson's point is more than valid. But Greene's response was also valid.

"'Christian' is a well-established modifier when describing a genre in filmmaking, as well as a genre in music," he wrote me. "There's an award for Christian music at the Grammys, for example. Amazon and other retailers classify Christian movies as a category for sales."

Everyone has a right to call themselves what they want. The rest of us decide whether to go along.

"We absolutely accept the point that 'October Baby', with its message on abortion, could have been classified in other ways – perhaps as a socially conservative film, for example," he added. "But this was a piece about a very broad genre."

What we have, then, is a question that goes beyond NPR to what should be a national debate over how to use the word "Christian." A truly useful debate would extend even further, to what it means to be Christian, given that nearly 80 percent of Americans claim to be one.

I have not done an empirical content analysis of the entertainment and news media to know whether politically and socially conservative Christians have in fact co-opted the title. But I suspect that most of us agree that they have.

Note, for example, Greene's interview with the director of "October Baby", Jon Erwin:

GREENE: Given that there are a lot of people in this country who have been, you know, drawn to movies like this in the last few years, given, you say, that a lot of them don't feel welcome in Hollywood - I mean is there a sort of culture war developing in movie-making right now?

ERWIN: That's a great question. You know, I think there can be. Certainly a lot of the values that are portrayed in entertainment are not values that I was raised in. Certainly I was raised in the South in a Christian home and family. And I can't speak to the whole Hollywood community. I mean, certainly there's a lot of different companies. I do think that as a rule, kind of the aggregate product coming out of Hollywood is something that can be deeply offensive to people like myself. And I think Christians have kind of sat back and we've complained a bit. And I think now we're realizing that instead we need to engage and we need to make, you know, quality work.

Erwin takes it as a given that Christians are people who think like he does, and Greene doesn't challenge him. Later in the segment, Hollywood Reporter's Paul Bond gets even more specific about what are Christian versus leftist beliefs:

But contrast this to a memorable 2005 essay in Harper's Magazine written by Bill McKibben, a self-proclaimed leftist, environmental activist:

A rich man came to Jesus one day and asked what he should do to get into heaven. Jesus did not say he should invest, spend, and let the benefits trickle down; he said sell what you have, give the money to the poor, and follow me. Few plainer words have been spoken. And yet, for some reason, the Christian Coalition of America—founded in 1989 in order to "preserve, protect and defend the Judeo-Christian values that made this the greatest country in history"—proclaimed last year that its top legislative priority would be "making permanent President Bush's 2001 federal tax cuts."

The essay was titled "The Christian Paradox: How A Faithful Nation Gets Jesus Wrong." It was resurrected this week by Timothy Noah in The New Republic in criticism of the Morning Edition segment. Noah adds:

McKibben is a political liberal, but in times past not even conservatives necessarily thought that Christianity was principally about sexual abstinence, smaller government, and preparing for the End Times. Frank Capra, whose films express Christian themes of solidarity with working people and contempt for the pampered, indifferent rich, was a lifelong Republican. The small-c word "christian" meant "charitable" or "compassionate." It has now fallen into such disuse that one Web site defines it, disapprovingly, as "someone who leads an outwardly Christian life, but does not acknowledge Christ as savior"—in other words, a lousy hypocrite.

Everyone, of course, has a right to name themselves what they want. It is up to us, however, in the broader public and the news media to decide whether to go along. To portray yourself as the only or true Christians is, as Noah puts it, "terribly presumptuous." Noah goes further:

To suggest that conservative Christians are the only Christians is like saying Hasidic Jews are the only Jews. It's a cartoonish misconception that the Christian right has managed to sell to a largely secular news media that's too sensitive to accusations of anti-religious bias.

I don't know that the Christian right consciously "sold it" or that the news media is overly sensitive to charges of anti-religious bias. But the latter at least rings true, however subconscious it might be among journalists. Certainly it's a good reminder that reporters and editors at NPR and elsewhere should re-think their terminology, including in reporting on the so-called Christian genres of movies and music. The Associated Press Stylebook used by NPR, like The New York Times' style book, offers no guidance. I am hoping that readers of all Christian persuasions might by responding here.

Underlining the need for accuracy are polls showing the divisions among Christians about what they—or all of you who are Christian—really do believe.

Just about 78 percent of Americans call themselves Christian, according to a series of recent surveys by the authoritative and non-advocate Pew Research Center for the People and the Press and the Pew Forum on Religion and Public Life. The two largest groups of Christians are the 26 percent that self-identify as white Evangelicals and the 24 percent as Catholic. This is followed by 18 percent mainline Protestants, seven percent black Protestants, two percent Mormons and a smattering of others.

Christianity in the U.S.

None of these groups are politically homogenous, however. Catholics are the most equally divided in party terms. Forty-eight percent said they leaned Democrat, versus 43 percent Republican in a Pew survey. But even a quarter of Evangelicals, the base of the Christian right, said they lean Democrat. And while mainline Protestants are widely seen as liberal, 51 percent lean Republican, according to Pew.

The division on specific issues is especially unpredictable. Abortion rights is a good example. A third of white evangelicals say abortion should be legal, Pew reported. Slightly more than half of Catholics do. A sizeable percentage of mainline Protestants—some 37 percent—say that abortion should be illegal in all or most cases.

The Pew surveys were conducted in 2007, 2011 and 2012. The margin of error for each of the statistics ranges between +/-1.5 percent and +/-7.5 percent— the Mormon statistics had the highest margins of error due to their smaller sample size.

Stephannie Stokes contributed to this report.