Accessibility links
We Write The Headlines; You Decide The Bias : NPR Public Editor Here is a test of NPR's political bias and your own convictions about what it might be. Headlines set the tone for NPR.org and are a litmus test for all the coverage. So let's look at the last three days of campaign headlines. You decide.

We Write The Headlines; You Decide The Bias

We Write The Headlines; You Decide The Bias 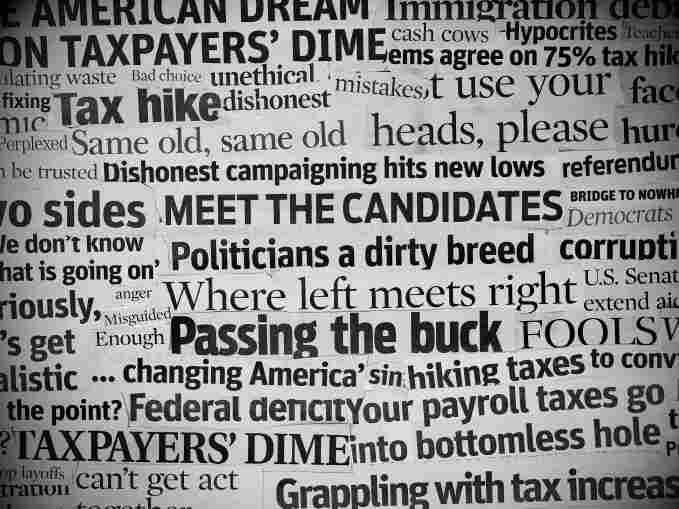 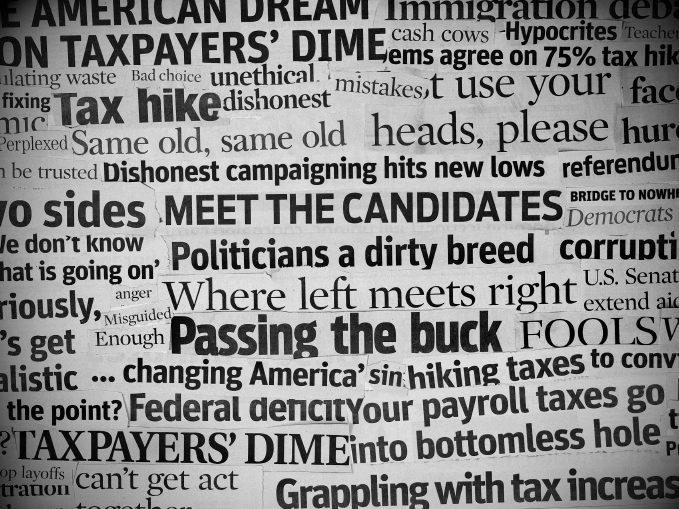 Ann Daane from Newnan, Ga., wrote with a common complaint about online headlines in this campaign season.

"NPR is beginning to act like biased media," she said, "with headlines that include judgmental words like 'just' in the 'Just 96,000 Jobs Added To Payrolls.'

"Report the facts; let me do my own judging."

I presume she felt that the bias was against President Barack Obama. Judy Gruen from Los Angeles saw the slant going in the opposite direction.

"While your organization protests you are not biased, here is one of thousands of pieces of evidence," she wrote, and pointed to the headline over an August interview story with conservative political commentator Dinesh D'Souza. He has made a documentary, 2016: Obama's America, which has gone viral on the right. The offending headline read, "Right-Wing Filmmaker: Obama's An Anti-Colonialist."

Because headlines are prominent and designed to capture your attention, they are a litmus test for supposed bias in all of NPR's news coverage. They set the tone the moment you open NPR.org. And lest you think that I am engaging in false balance, you should know that I get about an equal number of complaints on them from both political sides.

So, let's take a look at all of the campaign headlines over a few days and see just how biased they are, and for whom.

Report the facts; let me do my own judging.

The following have run in the "Presidential Race" section of NPR.org since Monday morning, Sept. 23, through the evening of Wednesday, Sept. 25, which is right now, as I close this column for posting. This is hardly a scientific random sample, but these three days seem to be as good as any to start. There are enough stories about both candidates to see a trend, as opposed to judging from one miscreant outlier. The straight foreign policy stories about Obama's speech Monday morning to the United Nations were not posted in the election section.

To borrow from Daane, I give you the headlines, you decide the bias, and I will ask the Web editors for their reaction:

Writing good headlines is an art form. They must accurately reflect the story while at the same time grab your attention with either catchiness or the obvious importance of their content—all in a few words. Adding complication to Web headlines is that they must also include keywords that feed search engine optimization. Headlines are usually written by an editor, not the reporter who wrote the story.

I find that NPR.org has evolved over the years to have extremely good headlines in the art form sense. I leave it to you to pass political judgment.

More from the ombudsman on the 2012 Election:

On Being A Proud Member Of The 'Democrat Party'

Pulling The Curtain Back On NPR's Election Coverage