Accessibility links
To Be American In Referring To The President : NPR Public Editor Only the president of the United States is given the respect on air of being called "Mister" or by his office title in second references. I hereby announce on this election day that whoever wins, the honorific be dumped come the January inauguration. It's not just a matter of journalistic fairness. It's a matter of being American.

To Be American In Referring To The President

To Be American In Referring To The President 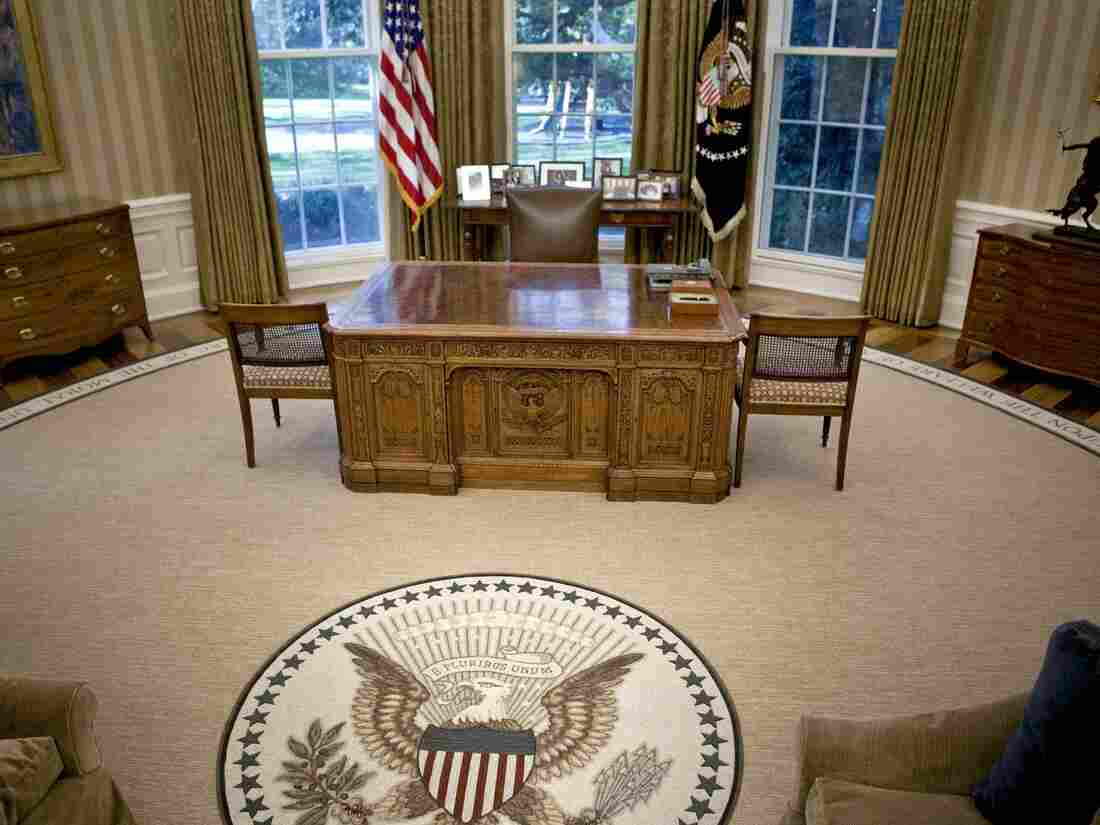 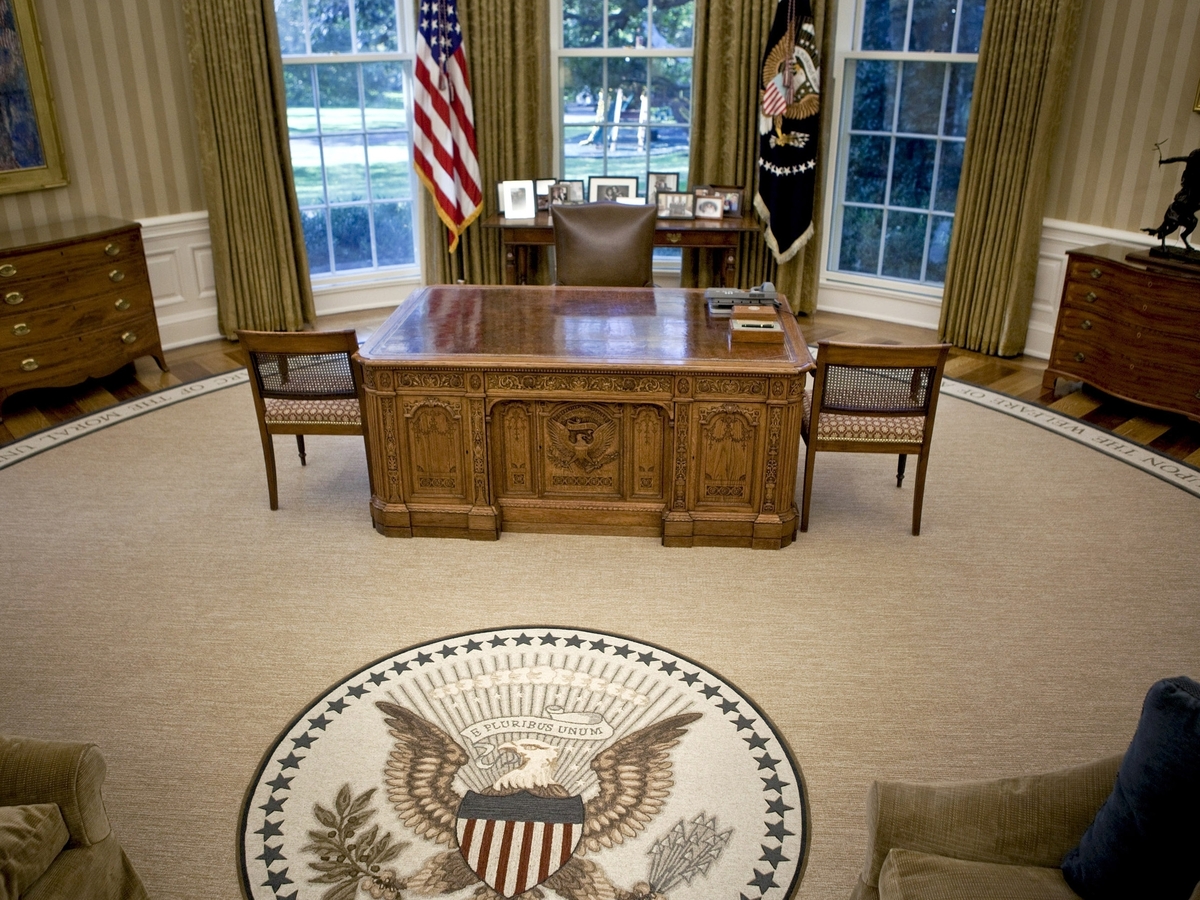 This is a stealth column being published under the cover of Election Day. I am making an end run around the stylists, bias critics, grammarians, protocol sticklers and conspiracy theorists who follow NPR but are focused on more momentous things today.

These critics have held NPR hostage on a policy that one newsroom wag says should have gone out with the administration of Dwight Eisenhower. So, I am going to be presumptuous and say that I am giving the newsroom future cover to change that policy.

I hereby recommend that NPR ditch calling the president of the United States "Mister" or "President."

OK, it's not that simple. But it's time that on air NPR stops giving the president the honorific of being called "Mr. Whomever" in second references. Sometimes "President Whomever" sneaks in. Someday it might be a "Ms. Whomever." Regardless, everyone else is usually called merely by their last names.

The policy has meant that reporters and hosts during this past ferocious campaign have often said Mr. or President Obama in one breath, while calling his challenger just Romney in the other. Many tried to make up for it by saying Governor Romney, itself a problematic title for an ex-governor, which I took up in an earlier column.

It's not hard to figure out which political side has been seeing nefarious propaganda afoot. They are wrong: presidential candidates for both parties have suffered the diminished position. Four years ago on air, Obama was just Obama (and McCain just McCain). That was fine, but four years before that, it was President or Mr. Bush versus a contender often just called Kerry.

The NPR policy grows out of a respect for the office of the presidency, a noble reason. But in the mainstream media, NPR and The New York Times are among the very few organizations that still use the honorific of president or Mr. in second references. Quaintly, however, the Times gives everyone a title. This begins with at least Ms. or Mr., even for you and me.

I was once a reporter for the Times and perhaps show my age by still liking the practice. In these politically divisive times, I also think it wouldn't be bad to encourage a little more respect in public life.

But what is most important for the point here is that the Times has a consistency that NPR does not. NPR obligatorily gives the president a title in a second reference, and no one else.

Not a very American practice, I would say. And it is an especially strange one for a public broadcaster.

The policy has stirred healthy debate in the newsroom.

"This mister thing is a pet peeve of mine," said Jamie McIntyre, who anchors the newscast at the bottom of each hour on All Things Considered. "It's a tradition that went out of style along with the fedora with the press card in the brim."

"People think we are either dissing the president or being overly deferential. We need a policy that is clear and consistent," he said.

Further, presidential honorifics on air stand out even more like a sore thumb because NPR does not do it online. NPR.org instead follows the Associated Press style of saying only the president's last name in second references. The current president is thus called Obama. That makes him one of us — an ordinary American.

NPR's editors are aware of the inconsistency and plan to address it. Margaret Low Smith, the senior vice president for news, wrote me: "We've had a longstanding broadcast policy to refer to the president as Mr. or the president in second reference. It does not make sense to change our practice in the middle of an election cycle, but we do plan to review between now and January. We want to make a thoughtful and intentional decision about this and not just change our approach on the fly."

One concern has been the accusations that might rain down if and when the policy is changed. The criticisms, for example, almost surely would have come from many Democrats and African-Americans if the titles had been dropped when Obama came into office. I already get a steady stream of complaints from listeners who swear they have heard the president referred to as just Obama by NPR staffers on air, though almost every time I have checked, it wasn't true.

An Obama victory opens a hole for NPR to run to daylight. The use of the titles in his first term helps undercut any charges of intentional disrespect if they are dropped as a matter of announced policy before his second.

But what if Romney wins? You can hear the vitriol now. Mixed into the potential furor will be the matter of federal government funding of NPR and public media.

And so at the risk of pomposity, I am announcing my recommendation as NPR's ombudsman to end the practice upon the inauguration of the next president in January, no matter who wins today. By announcing it now, I hope that I am deterring any charges of political favoritism or bias. I also hope that I am giving editors someone they can point the finger at as a public precedent from inside NPR. It would be a welcome change from some of the other things for which I have had fingers pointed at me. I am independent and don't represent the newsroom.

To be clear, I am not recommending that NPR drop titles for first references. For example, Obama or Romney should be called President the first time his name is said in a story, just as Rick Perry in Texas or Andrew Cuomo in New York would be Governor on first references. But all subsequent references in the same story should normally use just the last name.

There is an exception. (Isn't there always?) On air journalists want the freedom to occasionally use titles for purposes of cadence in their delivery. That makes sense to me, though they should bend over backwards to make sure that they don't look unfair.

Reader Fred Leonard, commenting on my earlier post, may have summed this seemingly minor matter best:

Using "mister" in news stories is a small piece of this mind-set but it reflects a way of thinking and operating which has led to (among other things) an imperial presidency and an idea that the president can fix anything.

Imagine: learning from the British how to be American.