Accessibility links
Bringing The President Down A Notch: NPR Ends Calling Him 'Mr.' : NPR Public Editor The NPR newsroom announced today that it will no longer refer on-air to the president as "Mr." in second references.

Bringing The President Down A Notch: NPR Ends Calling Him 'Mr.'

Bringing The President Down A Notch: NPR Ends Calling Him 'Mr.' 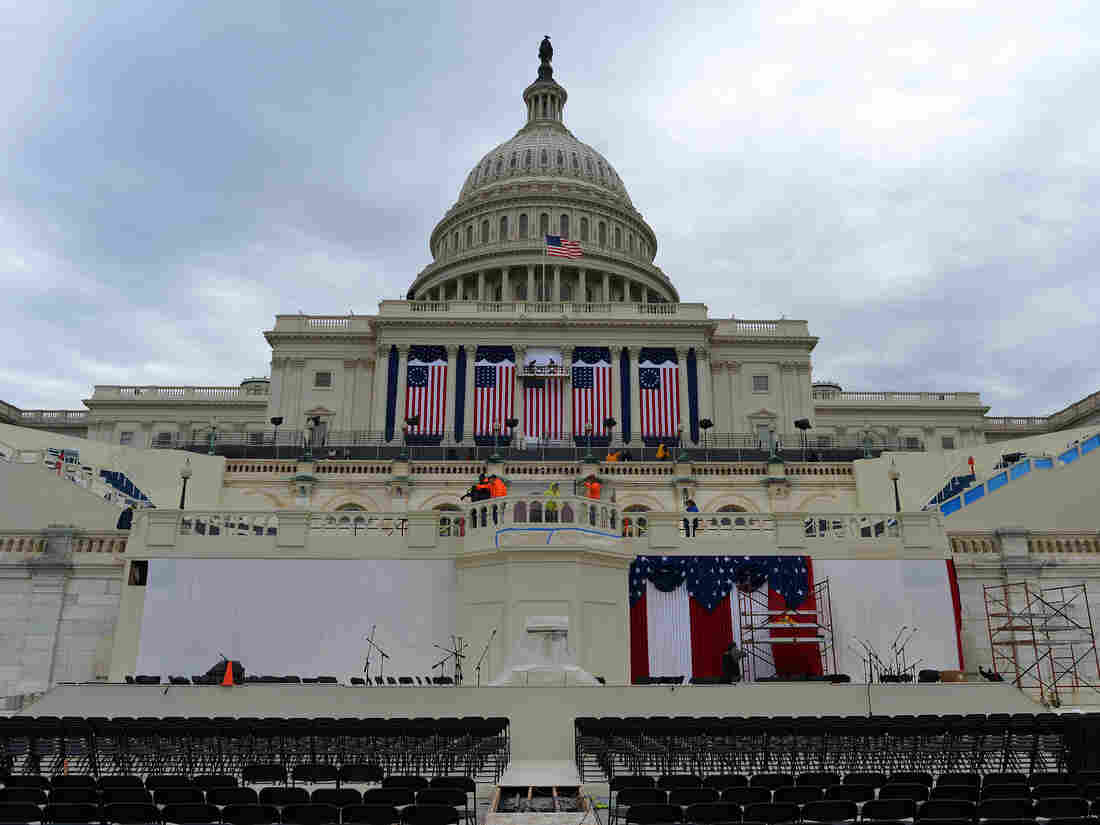 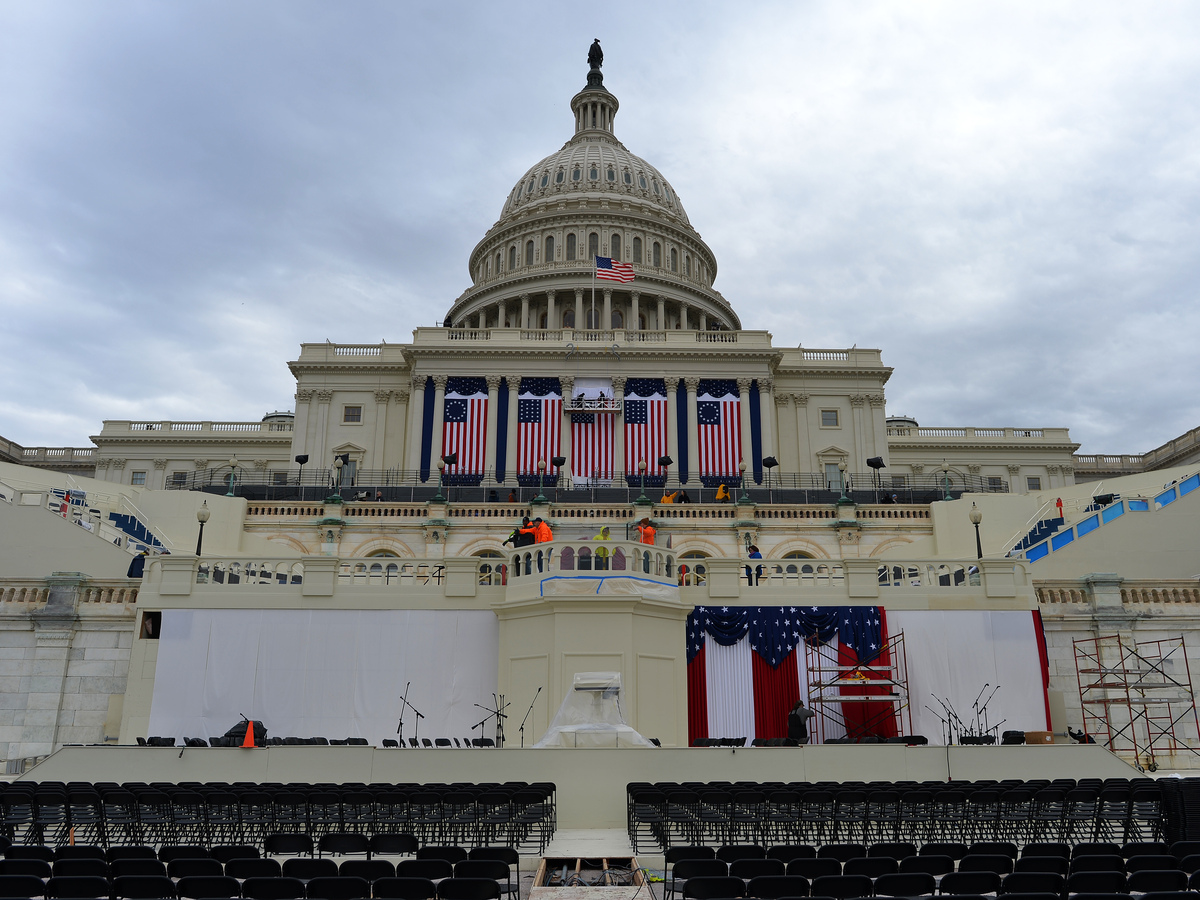 Preparations continue on the U.S. Capitol for the second inauguration of President Barack Obama in Washington, D.C., on Jan. 17, 2013.

The newsroom has confirmed that the president puts on his pants like most of the rest of us: one leg at a time.

I make light. What it did today was change its stylebook and dropped referring on-air to the president of the United States as "Mr." in second references. Beginning with the inauguration of President Barack Obama for his second term next Monday, "Mr." Obama and his successors will be called by just their last names on second reference. "Obama," for example. Just like the rest of us.

Many listeners have complained over the years about the style. It was meant to show extra respect, but as I wrote in a column on Election Day, extra respect is a suspect practice in a democracy like ours.

Let me say, a smaller number of listeners have steadily made the opposite complaint: "Mr." is too informal and that the president should always be called "President so-and-so" in second references. The complaints seemed to come from supporters of the person in the White House at the time. They often saw an NPR conspiracy afoot against their guy.

The newsroom has punted on what to do when a woman is elected president, as surely one will be some day. The problem has to do with the first lady. To avoid confusion over whether the last name refers to a male president or his wife — Barack or Michelle, at the moment — the first lady will continue to carry an honorific in second references. It is "Mrs." in the case of Mrs. Obama, which she prefers to "Ms." But what to say when we have a "first man"? The newsroom decided to wait to weigh societal preferences when the time comes.

You could say they are being squeamish, or "egregiously gender biased," as Stuart Seidel, the managing editor for standards, says in the note below to the staff. And you would be right. But honorifics have a way of changing, and he and senior editors are also right to cross that bridge when the time comes.

This seemingly minor matter of how to refer to the president has been a source of as much debate inside the newsroom as among some listeners and news style mavens. If in the future, you hear a host or reporter say "Mr. Obama" or whomever in a second reference, the journalist is not making a personal statement. They will have the freedom to use an honorific when it helps in the cadence or clarity of delivery. They can do that in referring to you and me, too.

So, keep your pants on.

Here is Seidel's note to the staff, which includes parenthetical references to presidents past, putting the matter into (light) historical perspective:

NPR broadcast style has long required referring to the president as "President" (McKinley/Arthur/Cleveland) on first reference and then, on second and later references, as either "the president" or "Mister" (Van Buren/Polk/Harrison). Although meant as a gesture of respect for the office, many listeners have regarded the use of "Mister" as disrespectful. On the other hand, during the most recent presidential contest, the contrast between our references to "Mister Obama" and just plain "Romney" were perceived by many as showing favoritism toward the incumbent president.

After considerable discussion — and some thoughtful deliberation — we will take the start of the second Obama term as a good opportunity to eliminate this style anomaly.

(And, yes, this is an egregiously gender biased note. If presidential gender trends shift, I promise that considerable discussion, and possibly thoughtful deliberation, will go into reviewing appropriate style changes.)

Continuing the conversation, here's a note I received from White House correspondent Scott Horsley shortly after I published this column:

I wish we hadn't headlined the item on "Mr. President" as bringing him down a notch. I don't think that's the intent of the style change, as I understand it. Rather, what was intended as an honorific was frequently misunderstood as the opposite. I've received numerous letters from listeners who thought I was dissing the president when I called him "Mr. Obama." I've yet to receive a single complaint from someone who thought "Mr." put the president on an unwarranted pedestal. Also, the Mr. created awkward moments in campaign coverage when it made for seemingly unequal treatment of the president and his challenger. ("Mr. Obama" and "Governor Romney" didn't help.) None of these problems was unique to this president. I got the same complaints in '04 when covering John Kerry's challenge to Mr. Bush. So we're simplifying the style. But no one is trying to take the president down a notch.

This post has been updated to include a response from White House correspondent Scott Horsley.