Accessibility links
Let Me Live Long, But Don't You Dare Call Me Old : NPR Public Editor When the headline on the Web version of a recent story called an active, 71-year-old midwife "elderly," she was offended. The reporter, meanwhile, asked for advice on what words to use. A check with experts finds division. Maybe, live forever and avoid labels? Please advise (about the labels).

Let Me Live Long, But Don't You Dare Call Me Old

Let Me Live Long, But Don't You Dare Call Me Old 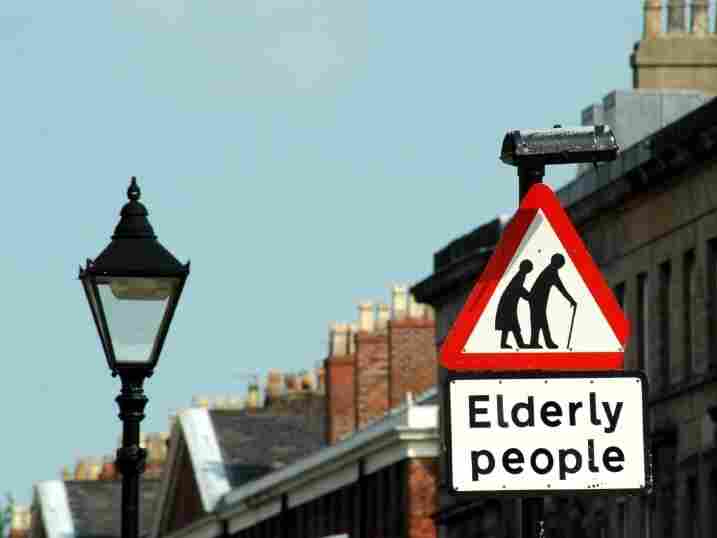 A traffic sign in the U.K. depicts "elderly people" as frail and hunched over. It was first created in the 80s, but many now consider it out of date. istockphoto.com hide caption 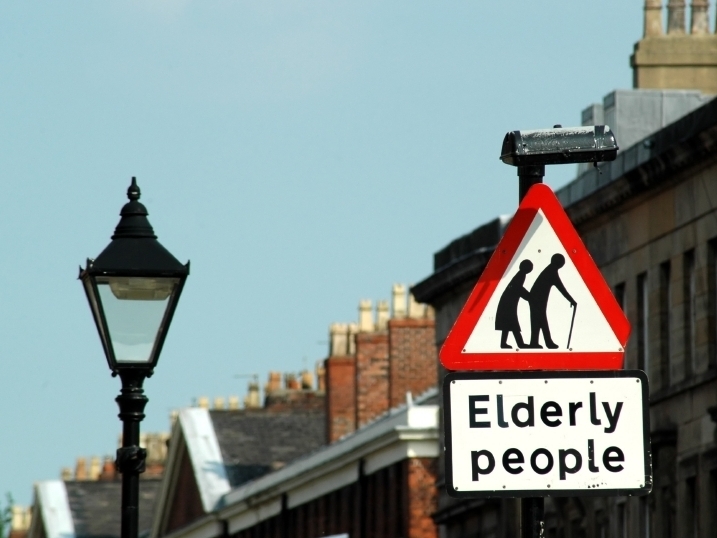 A traffic sign in the U.K. depicts "elderly people" as frail and hunched over. It was first created in the 80s, but many now consider it out of date.

Who are the "elderly"?

Or let's get more personal. Who, when they get past the age of 60, wants to be called "elderly"? For you 20-something hot shots, this will be you, too, some day.

Dian Sparling, an actively working 71-year-old midwife, was horrified when a story about her carried a title online: "For Elderly Midwife, Delivering Babies Never Gets Old."

Ina Jaffe, the reporter who did the story as part of a series on Americans who increasingly forego retirement to stay in the workforce, was equally dismayed. She purposefully avoided calling Sparling "elderly" in her story, but had nothing to do with the headline.

Charged e-mails from Sparling and Jaffe sprang into my inbox at about the same time, the former to complain that she was "taken aback" and the latter to raise what she called a "teaching moment" for the staff. But Jaffe added this honest question: What do you call people today past 60 or 70, or even 80 or 90?

The question becomes ever more relevant as people remain active and energetic due to improved health and increasing longevity. My 90-year-old mother, for example, likes to rub it in that she can still touch her toes without bending her knees, while I can't.

Let's not castigate the poor headline writer, or even ask if he or she might be one of those snotty 20-somethings. The headline was later changed to, "For Midwife, 71, Delivering Babies Never Gets Old." Focusing instead on Jaffe's question, what I find in reaching out to experts is, well, a lot of disagreement over what term to use. But "elderly" was decidedly taboo.

Paula Span, an associate professor at Columbia Journalism School (where I am teaching this year) and writes for The New Old Age blog at The New York Times, replied to our cry for help:

Most of the time, we go with the inelegant and non-specific but also unobjectionable term "older adult." That's what I see most often now in gerontology and geriatric research.

Personally, I think I prefer "old people," in the same call-it-what-it-is spirit with which former ladies reclaimed "women" in the 1960s and former Negroes reclaimed "black people." However, this is distinctly a minority opinion. Most people don't want to be called old, even when they indisputably are by chronological age. I sneak the term in when I can. (It may or may not be relevant that I'm 63.)

Span also directed my researcher Lori Grisham to a column in the blog last spring by Judy Graham titled 'Elderly' No More. Perhaps my favorite comment in that piece was one from Ann Fishman, president of Generational Targeted Marketing. I like marketers because money rides on their social insights, pressuring them to be right. That pressure may be especially acute in the case of members of the giant baby boom generation, the oldest of whom are now in their mid-sixties. Fishman said of people 65 years and older: "For heavens' sake, don't call them anything."

Joanne Handy, the CEO of Leading Age California, a senior care advocacy group that represents more than 400 organizations for older adults, told us:

"Elderly" is definitely out as far as consumers. People seem to prefer three terms: "older adults," another is "seniors" and a third is "elders." Elders is more respectful than elderly, but it rubs some people the wrong way. It's so subjective.

Carol Crecy, the director of external affairs for the government's Administration for Community Living, wrote:

There is no one way of referring to older adults. For the most part, it depends on the culture of the group using the term. For example in the Native American programs we fund, the term "elders" is a sign of respect. At the Administration on Aging, we use a variety of terms: such as older adult, elderly, seniors, elders and older persons.

And then, of course, there is the AP Stylebook, which is used by NPR:

elderly Use this word carefully and sparingly. Do not refer to a person as elderly unless it is clearly relevant to the story.

If the intent is to show that an individual's faculties have deteriorated, cite a graphic example and give attribution for it. Use age when available and appropriate.

Apply the same principle to terms such as senior citizen.

There is, in other words, no one good answer. Adding another level of complication is that words change meaning over time. The sort-of favorite among the experts, "older people," may soon take on sour overtones. I see it coming. The problem is that we all want to live longer, but no one wants to be old, and certainly don't want to be called that.

In writing this column, I tried to follow the advice of the marketer: don't call them anything. It worked.

But I don't know if I can keep it up. NPR staffers and audience may have a better answer to Jaffe's question. Let's all talk.