Accessibility links
The Ethics of Retweeting And Whether It Amounts To Endorsement : NPR Public Editor An internal memo spurred discussion on social media policy in the newsroom. Here at NPR, retweets DO count as endorsements. What do you think?

The Ethics of Retweeting And Whether It Amounts To Endorsement

The Ethics of Retweeting And Whether It Amounts To Endorsement 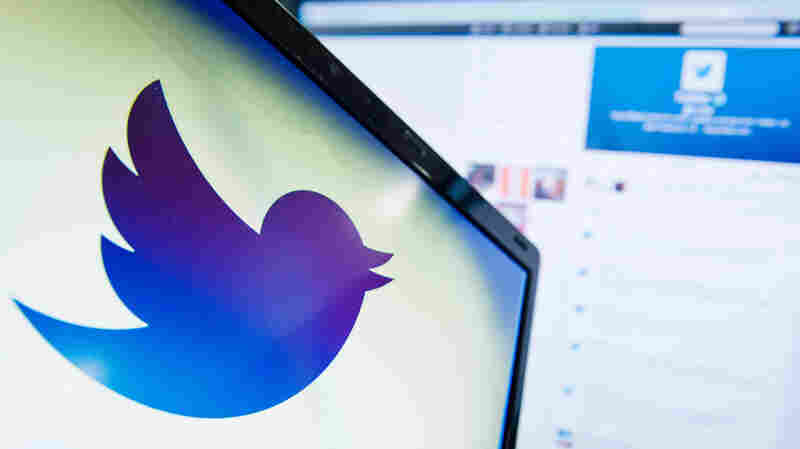 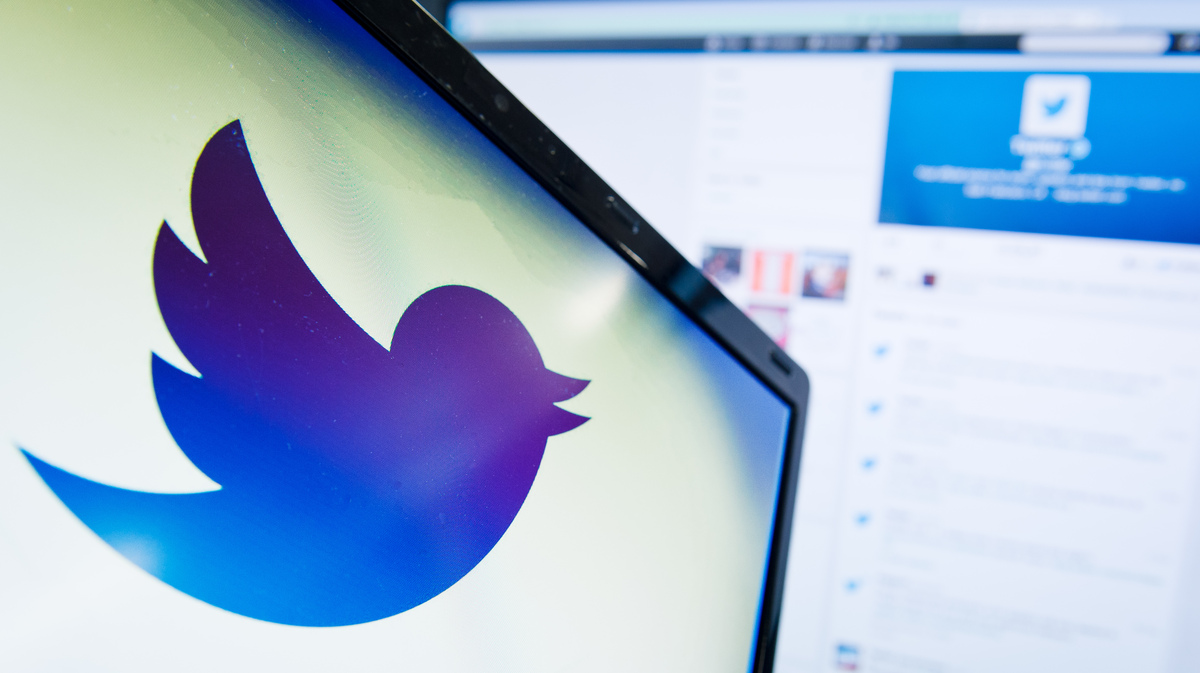 A brief Twitter storm caused by an NPR education reporter's tweet three weeks ago subsided almost as quickly as it arose. But what has continued among journalists and media watchers has been a debate over NPR's social media policy.

Reporter Anya Kamenetz set off the initial flurry when she tweeted in a moment of frustration:

I reach out to diverse sources on deadline. Only the white guys get back to me :(

She quickly apologized, and the case was archived as another learning tool on racial sensitivity and unintended implications. But not before Standards and Practices editor Mark Memmott picked up on the incident in one of his internal "Memmos" to remind staffers of NPR's ethics guidelines on tweeting and retweeting.

The note reviewed the standard cautions in the clash over whether tweets by staffers expressing personal views are representative of their employers – a much-discussed debate that I won't rehash. What ignited new discussion was NPR's stance on passing on tweets sent by others.

"Despite what many say," Memmott told NPR staffers, "retweets should be viewed AS endorsements."

In other words, don't retweet anything you wouldn't report yourself. Even then, as Memmott cited NPR's ethics handbook, you should retweet information in the same way you would put it "on the air or in a 'traditional' NPR.org news story."

The response continues to reverberate. Criticisms target the endorsement characterization and the topic of blanket disclaimer statements, and argue that to alter someone else's tweet to meet NPR's standards raises ethical and practical issues of its own.

Now it's not my place to comment on stances taken by the standards editor, so I've compiled a summary of the debate and the views of some key figures to help us understand the social media landscape through which reporters tread. Please, form your own opinions and join the discussion.

Following the leaked memo, comparisons between newsroom policies ensued, and many major players weighed in.

Newsrooms insisting, "No, re-tweets ARE endorsements" have really said: we don't trust our journalists or our users. https://t.co/gX923Ej9rN

The social media straitjacket also infantilizes experienced news consumers, who have plenty of experience judging journalism and journalists, and who benefit when reporters and editors can tweet what is on their minds and what they are reading without being handcuffed and charged.

Schafer argues that the audience should be given some credit. As Mike Janssen, digital editor of The Current (which reports on public media), points out, retweeting is akin to quoting a source, and news consumers get that.

Many argue that the discussion brought about by mistakes and subsequent criticism helps a news organization to grow. As we saw with the tweet that started this whole discussion, often-times a mistake becomes an excellent learning experience.

Searching for some sort of authority on the subject, I went to the tech-giant itself, Twitter. As one might expect, a senior official told me that Twitter doesn't take a position on this matter. Twitter's job is to make the platform widely available. How journalists and laypeople choose to use it is up to them.

I asked them how this epidemic of the "RTs do not equal endorsements" blanket statement came to be. To understand, we have to go back to the early years of Twitter, before retweeting was even an option. At that point, users had to physically copy and paste a tweet they saw, then would tweet it themselves, usually with the lifted copy in quotes to avoid confusion. The addition of attribution was considered more of a common courtesy than a Twitter rule.

The retweet function was first mentioned in the Twitter blog as a new development they were working on in August of 2009, three years after the initial prototype for Twitter (originally called twttr) launched. By November of that year, Twitter had activated it on limited rollout, but there wasn't much direction on how it should be used.

Revised bio: Editor at New York Times. I post what I'm reading. Links and retweets of non-NYT content are not endorsements. Caveat lector!

LaForge explains the original intent: a disclaimer to keep journalists from implicating themselves (or their organizations) in case they spread misinformation. The "Caveat lector!" phrase took off. Hundreds of journalists and news organizations adapted it to their own profiles.

According to Followerwonk, as of Thursday, some 36,710 users had some version of the phrase in their Twitter bios. Major accounts with the phrase include the U.S Department of Defense, New York Times columnist Andrew Ross Sorkin, and the Israeli Defense Force. Although NPR does not have an official policy regarding what reporters put in their Twitter bios, many have "retweets do not constitute endorsements"-like phrases.

Some argue that putting the phrase in your Twitter bio is useless. Sree Sreenivasan lectures on social media at Columbia Journalism School. He wrote a scathing review of the phrase for the Washington Post last year:

"No one sees something controversial you've [retweeted] and says, 'Gee, I wonder if this person agrees with that,' then clicks over to your bio and is massively relieved that you have that disclaimer."

Even the original creator of the statement realized that it had become obsolete. As Patrick LaForge told Buzzfeed:

A blanket phrase in my profile is not going to indemnify me. If I think a retweet is likely to confuse people about my viewpoint, or if there is some doubt about the accuracy of the original tweet, I add attribution, skepticism or other context. Or I skip it.

This circles back to Memmott's point about how to use the retweet function. He referred to the NPR ethics handbook for social media guidelines, saying, "if it needs context, attribution, clarification or 'knocking down,' provide it."

Discussion should be free; but we can take responsibility for what we send into the world. Not by saying less, but by adding more. 4/5

However, some argue that a retweet with added commentary becomes a modified tweet (MT). With Twitter's 140-character limit, a modified tweet presents an ethical, as well as a logistical, challenge.

Unless you're modifying to make minor, typographical changes, you have to be careful that you're not inadvertently changing the tweet's original meaning, emphasis or tone. While a journalist may genuinely intend to add helpful clarification, a tweet taken out of context may be more destructive than good. Anyone who has ever admired the handiwork of Internet trolls knows how quickly a modified tweet can spin out of control.

In the end, journalists are faced with the decision of whether to retweet as is, and possibly defend their support of the original tweet, or modify the original tweet with additional information thereby potentially changing its original meaning.

Brent Jones, standards and ethics editor at USA Today, wrote in an email that rather than taking a specific stance, he cautions writers "against oversimplifying how to classify a retweet."

"Many journalists do, and should, weigh the context of information shared against our public role as trusted, impartial sources of news and information," he wrote. "It's an instinctive part of our jobs."

Some skip classification altogether. The Associated Press' Michael Oreskes abridges in his own Twitter bio, "retweets mean ideas should circulate."

So what do you think? Should newsrooms take a stance one way or the other? How do you as the news consumers view retweets from journalists? Weigh in on our comments section below, or tweet at us — maybe we'll retweet you.

Annie Johnson is an editorial researcher in the Ombudsman's office. You can tweet at her @anneejohnson9.

An earlier version of this post said that Sree Sreenivasan was Columbia University's chief digital officer. He is now at the Metropolitan Museum of Art.