Accessibility links
Rehm To Step Away From Fundraising Role : NPR Public Editor NPR will update its ethics code to clarify how far it reaches.

Rehm To Step Away From Fundraising Role

Rehm To Step Away From Fundraising Role 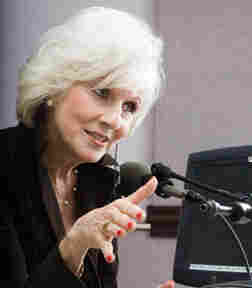 After the end of March, Diane Rehm, the host of the NPR-distributed The Diane Rehm Show, will no longer participate in fundraising dinners for Compassion & Choices, a non-profit organization that, among other activities, lobbies for changes to state laws to permit medically assisted death.

The decision came out of a conversation last week between Rehm and executives of NPR and WAMU-FM, the Washington, D.C., public radio station that produces Rehm's show.

NPR learned of Rehm's role in the dinners from a Feb. 14 Washington Post article. She will honor her commitment to take part in two more dinners this month but not accept additional requests, said Eric Nuzum, NPR's vice president of programming.

"We came to the right place," Nuzum said.

Rehm said she told the executives that the decision "made me somewhat sad but I totally understand their perspective." After the two upcoming dinners she will not do any more fundraising, she said, but "I will not hide my own feelings" when it comes to discussing the issue.

She added that she had been assured the money raised by the dinners she participated in went to Compassion & Choices' education and assistance efforts, not its lobbying, but the executives were not swayed by that distinction.

As chronicled in an earlier Ombudsman post, such activities would not be permitted under the code of ethics that applies to NPR journalists. But the code does not specifically address employees of programs that are distributed by NPR but produced by other organizations (known as "acquired programming.")

More confusingly, the contracts between NPR and those shows do require them to abide by the code. Furthermore, it's not clear that as a talk show host, Rehm should be held to exactly the same standards as, say, an anchor of one of NPR's newsmagazines.

One good result of the conversation is that NPR plans to update the ethics code with clear guidelines for acquired shows. In addition, Mark Memmott, NPR's standards and practices editor, will look at what elements of the code should apply to which roles. In other words, should Ask Me Another host Ophira Eisenberg, for example, fall under the same guidelines as Morning Edition anchor Steve Inskeep?

Regarding Rehm's show alone, NPR outlined the outcome of the meeting in a statement:

As a talk show host, Diane Rehm is free to express her own opinions alongside people who have different views. This is one of the things her listeners expect, and it allows for empathy, and a lively exchange of ideas. Diane's visibility on end-of-life issues comes from a very recent personal experience but raises important considerations regarding impartiality.

Together with WAMU, the show's producer, we have determined the following:

The Diane Rehm Show will continue to handle end-of-life issues as it does all other newsworthy subjects – giving them no more and no less coverage than the news dictates. If and when the show addresses end-of-life issues, Diane will remind the audience about her personal experience and be transparent about her affiliation with any organization focused on the issue. She has always been candid with her audience. Listeners expect and appreciate this openness.

To further avoid any perception of conflict, Diane has decided that after she honors her commitment to participate in two additional Compassion & Choices dinners this month, she will no longer participate in their fundraising events.

NPR will continue to work with the producers of all the programs we distribute to clarify that our ethics guidelines apply.

I think it's a good outcome.