Accessibility links
Diversity And 'Commentary' At NPR : NPR Public Editor The media watchdog group FAIR looks at NPR's commentator diversity, but a more complete report on the diversity of NPR's sources is coming.

Diversity And 'Commentary' At NPR

Diversity And 'Commentary' At NPR

In Fall 2012, NPR began gathering data for a three-year research project looking at the race/ethnicity, gender, and geographic location of its sources, the people who are interviewed or quoted on air and on the web site (from officials to experts to people involved in news events, or with opinions about them.) In addition to gathering data, The Sourcing Project, as it is known, has also included experiments to try to improve the diversity of those sources. 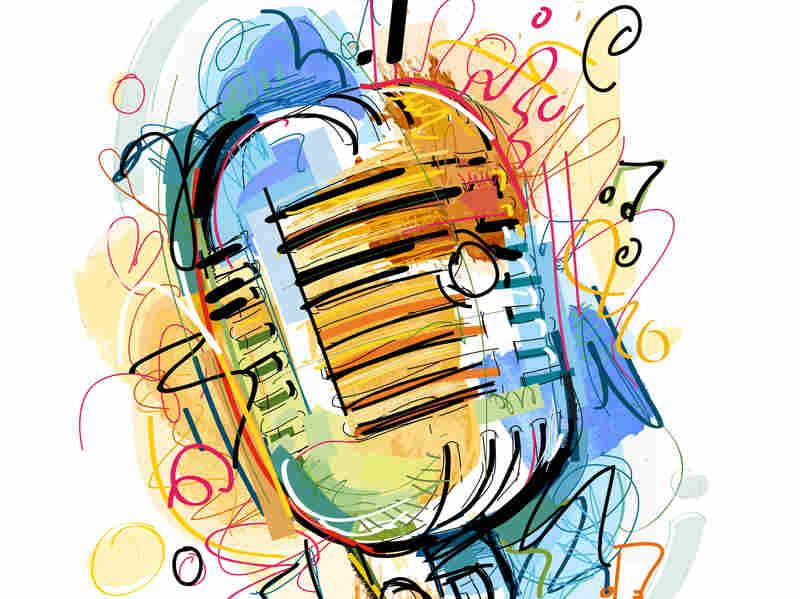 According to Keith Woods—NPR's vice president for diversity in news and operations, and the project's director—in fiscal year 2014, the latest data available from the study, 71 percent of NPR's sources were male, and 29 percent female. Broken down by race and ethnicity, 77 percent were white, 8 percent black, 8 percent Asian, 5 percent Latino, and 2 percent all other races.

Looking just at "subject matter experts," which were 80 percent of all sources, the breakdown was 81 percent white, 6 percent black, 6 percent Asian, 5 percent Latino, and 2 percent all other races.

The results of the third and final year of the research are due out toward the end of the year, and I intend to write about them then. But I mention the project now because, in recent days, the group FAIR, which calls itself a progressive national media watchdog group, has issued a study which it says "finds that NPR commentary is dominated by white men and almost never directly addresses political issues." A few listeners have written to me asking about the conclusions.

FAIR looked only at Morning Edition, All Things Considered (weekday and weekend), Weekend Edition Saturday and Weekend Edition Sunday, and only what it refers to as "commentators" who presented their work in the form of a monologue—i.e., they presented their opinions uninterrupted by an NPR host. Only commentators who appeared more than once during the study period (Jan. 1 to May 31, 2015) were considered. (A separate part of the study looked at the NPR-distributed show Fresh Air, which is produced at station WHYY in Philadelphia. I'm looking only at the results for the NPR-produced shows here.)

The overwhelming majority of the commentaries were arts criticism. The study found 14 "regular" commentators (that is, those who had more than one commentary in the study period.) Eleven were men, and all but one (NPR TV critic Eric Deggans) were non-Latino whites. Out of the 111 segments FAIR found in total, 7 percent were from one of the three female commentators and 11 percent were from Deggans, who is African-American. So, a total of 82 percent of the regular commentaries were from white men. You can read the full study here.

The study was originally issued on July 15 and then, as FAIR notes, re-issued with different data after I raised some questions. The percentage of commentaries from white men dropped after my inquiry. But that number would likely go up had my office done the study, because we would also include Weekend Edition Saturday host Scott Simon, who does a weekly commentary of his own (as do his substitutes, including Linda Wertheimer.)

But I have some other concerns. Before the data were changed, FAIR had included cooking commentator Bonny Wolf as one of the female commenters; since she had just one commentary during the study period, she was taken out. However, last year, she had five commentaries in total and she's had two this year, counting a June piece which fell outside the survey period. I'd argue that's pretty regular, whether she showed up in the survey period or not.

I find the specific numbers in the study somewhat arbitrary, even though the broad sweep of its conclusions pretty much echo what NPR already knows.

World music DJ Betto Arcos, who is Latino, also was initially included and then excluded from the results. He is a regular music critic on Weekend All Things Considered. But during the survey period his commentaries took the form of conversations (peppered with critical adjectives such as "beautiful" and "superb") with host Arun Rath, not monologues, so they didn't count. Likewise for Linda Holmes, host of NPR's entertainment and pop-culture blog, Monkey See, whose on-air critiques took the form of conversations.

Should only monologues count in the case of arts criticism? Or for that matter, political commentary? As the study notes, NPR's political commentary is largely handled through conversations—not monologues—with regular Friday guests. Sometimes a conversation is just a more interesting way to engage with a viewpoint or plays to the strengths of a particular commentator.

Another point: A study by my office found 12 additional women who did a single commentary during the survey period. There were ten people of color, men and women, who did single commentaries during the survey period. FAIR counted none of them, even though I could make the argument that a mix of one-time commentators goes a long way to opening up NPR's airwaves to a variety of perspectives.

To that point, another way to look at the situation with commentary would be to track the real "regulars" who appear every week or nearly so: Scott Simon, Wednesday morning sports commentator Frank Deford, and movie critics Bob Mondello and Kenneth Turan. All white males, they alone accounted for 43 percent of the commentaries during the survey period, by my office's count. Deggans and book reviewer Alan Cheuse (who recently was in a serious car accident) count for another 8 percent each. Those critic spots are prime radio real estate, and having overwhelmingly white viewpoints does not reflect enough of the country. NPR could make real progress simply by diversifying those who fill that handful of slots.

No disrespect intended to FAIR, but for these reasons I find the specific numbers in the study somewhat arbitrary, even though the broad sweep of its conclusions pretty much echo what NPR already knows via its own work.

While commentary does have outsize impact—because it represents viewpoint, and pop culture and politics hold broad general appeal—it is a small piece of NPR's overall content. I await the much more comprehensive results from NPR's own in-house work about the overall sourcing numbers, and in particular the conclusions that will be drawn about how to get those broader sourcing numbers to change.