Accessibility links
Not All 'Sweetness And Light' : NPR Public Editor Many listeners took offense to the content and tone of a recent sports commentary, raising the question: Who speaks on NPR?

Not All 'Sweetness And Light'

Not All 'Sweetness And Light' 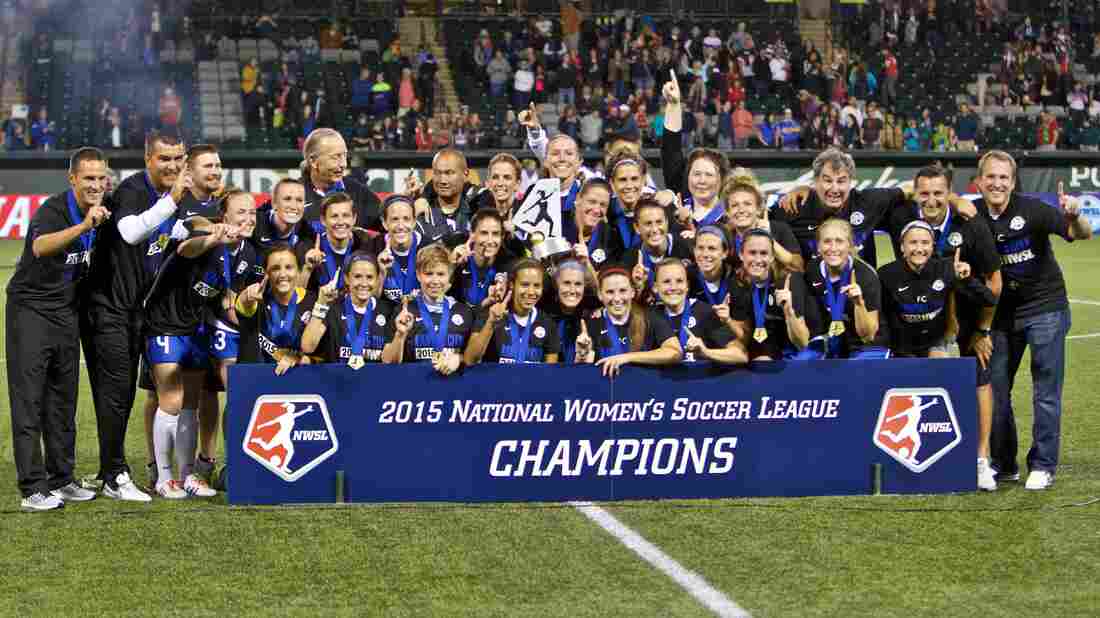 FC Kansas City pose with the trophy after the NWSL soccer championship match in Portland, Ore., on Oct. 1. Deford's commentary was corrected to include information about the NWSL, the top professional women's soccer league in the U.S. Craig Mitchelldyer/AP hide caption 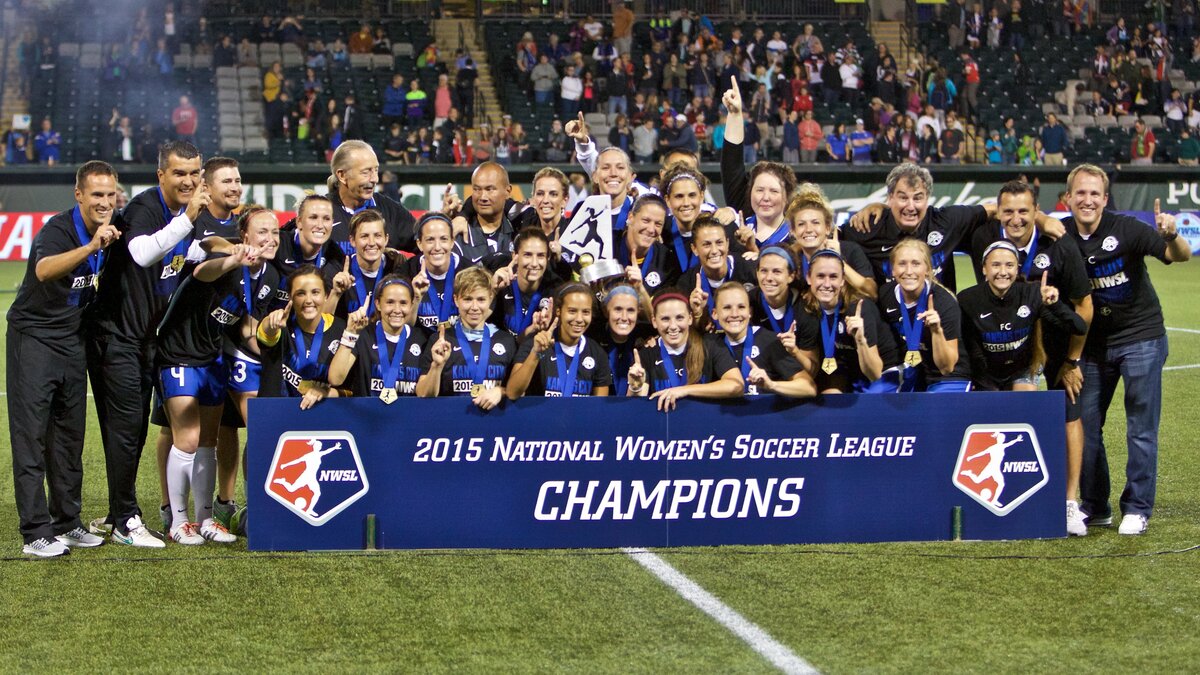 FC Kansas City pose with the trophy after the NWSL soccer championship match in Portland, Ore., on Oct. 1. Deford's commentary was corrected to include information about the NWSL, the top professional women's soccer league in the U.S.

When Wednesday Morning Edition sports commentator Frank Deford was off the air for a couple weeks in June, several of his longtime admirers wrote my office with concern, to ask when he would be back. But the emails-- and tweets and a column from a rival news organization--weren't so generous following his appearance this week.

In a break from the usual format, Deford—who has been commenting on sports for Morning Edition since 1980, with a two-year hiatus in 1989-90—did not deliver a straight commentary, but instead talked with host Steve Inskeep about the day's topic: why women's sports get so little attention. Deford made two factual errors, not caught by Inskeep or the NPR editors and producers but since corrected online (and one was corrected on air on Thursday). In one case, he said that there was no women's soccer league to piggyback on all the recent attention given to the Women's World Cup in soccer. In fact, the National Women's Soccer League championship was played last night (Kansas City beat Seattle). Deford himself talked about the league in a July commentary.

A later second correction noted: "In this conversation, it's said that the commissioner of the WNBA should "go to Las Vegas and try to get them to establish a betting line" on the league's games. That was a mistake. There is betting on WNBA games in Las Vegas, as well as on other women's sports."

But listeners' concerns were much broader. I am not going to list their detailed criticisms—Deford was offering his opinion, however misguided many listeners think he was—but as Joshua Benton, the director of Harvard University's Nieman Journalism Lab, summed up on Twitter, it's "a mansplaining/bad logic/ignorance triple!"

Benton touched on the bigger issue, in my mind: Just who gets to address NPR's large audience on this topic? Or any topic?

Rachael Powell, who said she listens to KWMU in St. Louis, Mo., wrote to my office: "I'd love for you to consider an outsider's look at how this conversation continues to perpetrate stereotypes about women in general, but also women's sports. I would be interested in hearing a full picture, reported story about women's sports where you actually spoke to some women."

I asked newsroom executives to weigh in. Christopher Turpin, NPR's vice president of news programming and operations, responded: "Frank has a loyal following and is known for his insightful commentary – on this occasion, unfortunately we missed the mark. NPR has certainly shown a commitment to covering women's sports over the years and we will continue to do so in a variety of ways.

Deford, meanwhile, told me by phone that he takes "full responsibility" for the errors, although he is disappointed that they weren't caught in the editing process. "What a bad day," he said, adding that he dislikes doing the commentary as a conversation with a host, which NPR had requested. Complaints about his opinions, he said, go "with the territory." 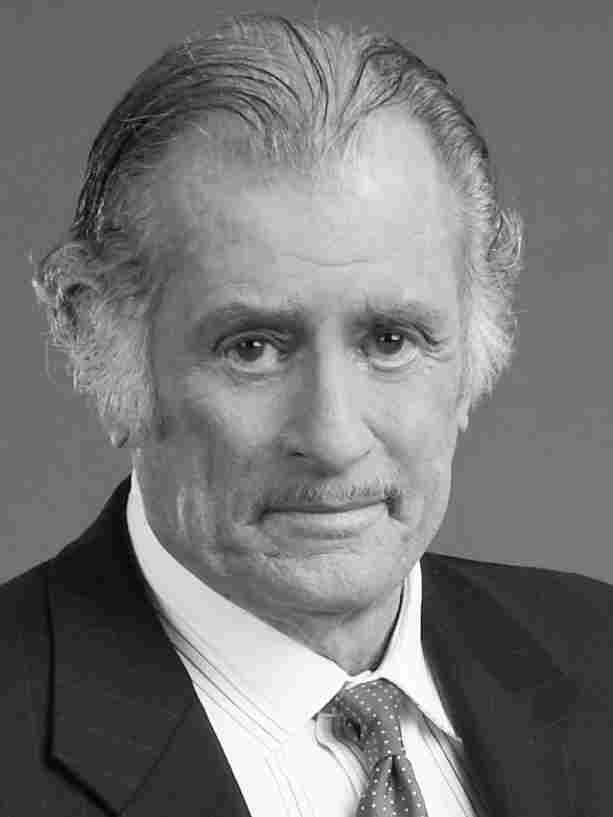 He later added by email: "I feel foolish for the errors and take full responsibility, but perhaps it buttresses my view that commentaries are better served when written out in advance. That way they can be both more eloquent and thoughtful. One more opinion from a commentator."

As Turpin says, Deford has had an illustrious career, writing award-winning pieces for Sports Illustrated since 1962. He has reported for HBO's Real Sports with Bryant Gumbel and written numerous well-received books. He told me a book collecting his best NPR commentaries is supposed to be published in May 2016. Many listeners, as was evident a few months back, treasure his weekly appearances.

But as I wrote in July, NPR's commentary spots are valuable radio real estate. I was writing about NPR's handful of regular commentators in the context of diversity, and I argued then that, "having overwhelmingly white viewpoints does not reflect enough of the country."

The same holds for gender diversity or diversity of opinion. Yes, some listeners are inevitably disappointed whenever NPR makes changes in its on-air personalities; just recently, my office has received some lovely emails from listeners who will miss Melissa Block and Arun Rath, who have ended their stints as hosts of All Things Considered and Weekend All Things Considered respectively. But in this case, it's time for NPR to get even more serious about its long-stated effort to put a wider range of voices and perspectives on the air. That Wednesday morning slot is one obvious place to make a change --- even if it's just adding different voices to the mix.