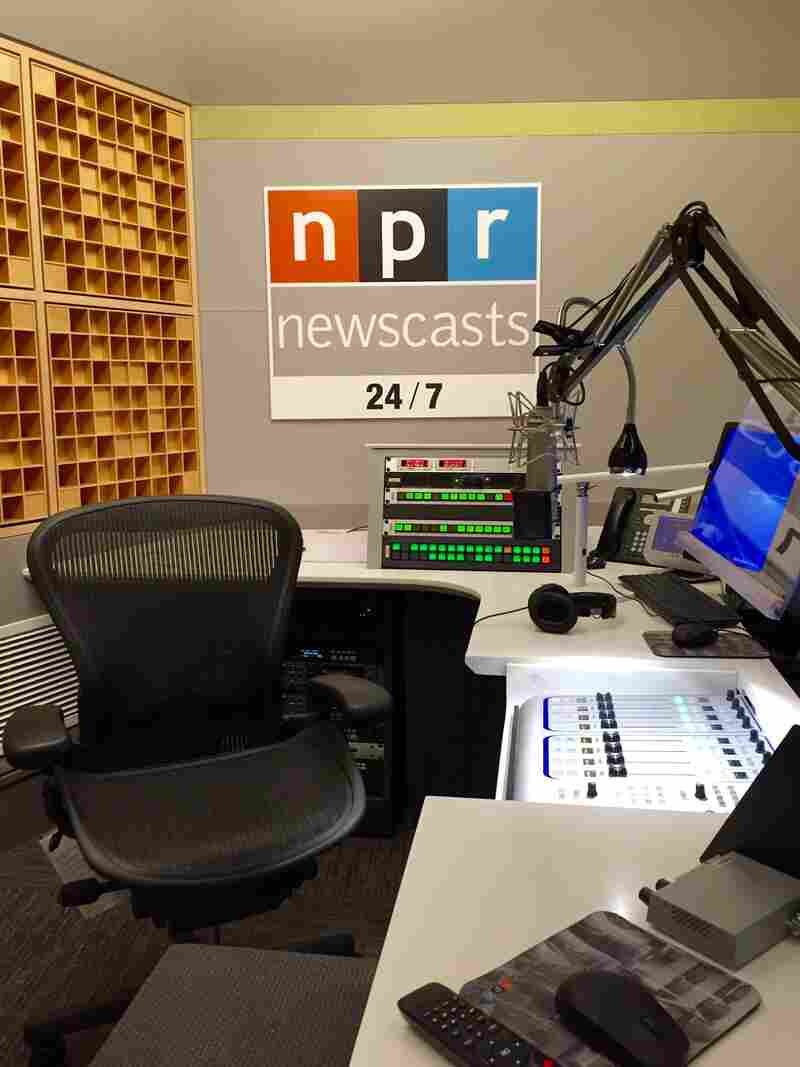 A look at the studio in Washington D.C. where newscasts are recorded live. Annie Johnson hide caption 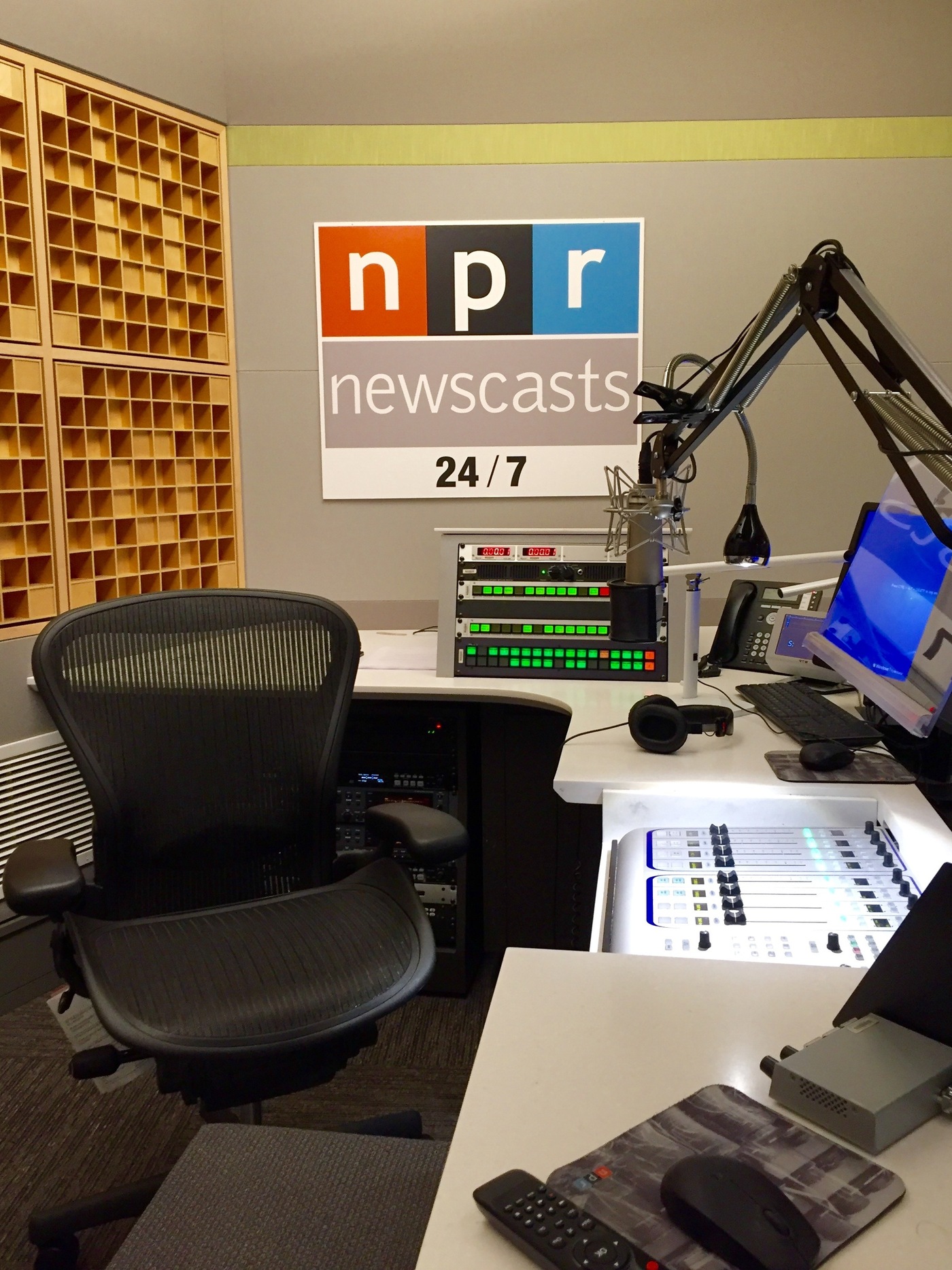 A look at the studio in Washington D.C. where newscasts are recorded live.

The word "live" was new, and listeners noticed. Some have reacted positively but not all are happy, as with any change at NPR. "Who thought it necessary to have your broadcasters utter the word 'live' before the hourly newscast? It reminds me of Saturday Night Live. Maybe that was the idea," was the email comment from Douglas Tedeschi who said he listens from Downingtown, Pa.

I asked the newsroom about the new language. Christopher Turpin, vice president for news programming and operations, said the "live" introduction is "one small part of a broader strategy to try to reinforce one of terrestrial radio's greatest virtues, which is live-ness and a sense of immediacy." Essentially, NPR is "making the case for why you should make an appointment with your radio," he said, adding, "It is there when something happens."

Astute listeners will have already heard this strategy playing out elsewhere during NPR programming, as Morning Edition and All Things Considered and their weekend counterparts have increasingly substituted live conversations for some interviews that previously would have been pre-taped and edited. In addition, Turpin said, NPR has added more of what it calls "special coverage," live reporting of breaking news, some of it outside of the scheduled times the newsmagazines would be on the air. The goal of the changes, he said, is for listeners to know they can tune in and find NPR when news breaks.

Last Saturday, for example, once NPR had confirmed the death of Supreme Court Justice Antonin Scalia, Weekend All Things Considered broke from much of its planned lineup for the show and broadcast several hours of updated coverage as the story developed. (What listeners heard depended on their local stations, however; many stations kept to their regular Saturday lineup, including the American Public Media-distributed Prairie Home Companion.)

NPR has also been adding live election specials recently, as the presidential candidate nomination process intensifies. Several more are planned, including one this Saturday starting at 7 p.m. ET, anchored by Ari Shapiro and Michel Martin, as the South Carolina Republican primary and Nevada Democratic caucus results come in.

I've heard from a couple of Alaska listeners about those live election specials, which preempt All Things Considered there. "Many other important things happened on Tuesday," wrote listener Rich McClear in Sitka of the New Hampshire primary coverage on Feb. 9, "but all I heard at 4 p.m. was news that could have been reported in a five-minute story and lots of fill by pundits."

Turpin acknowledged that NPR has "a delicate juggling act." Events in New Hampshire may seem remote to some listeners, but NPR's audience is also "strongly interested" in the election this year, he said. "We try to balance those two things and frankly, it's very hard, in the system we have, to make everyone everywhere happy," he said, adding that it "isn't realistic" for NPR to distribute two separate streams of programming for stations to choose from, given its limited resources. As more Western states vote, he said, "Hopefully it feels like more of a relevant story to people in those places."

Back to the newscasts. Listener Vince Pernsteiner of Chippewa Falls, Wis., argues, "People should have some reasonable assurance that the newscasts are live without someone having to tell them so." Maybe, but my guess is that listener opposition will fade over time once the language becomes part of the routine.

There is one wrinkle that to my mind is problematic: The "live" language lives on when the newscasts transition to NPR One, the on-demand mobile app, where the newscasts are definitely not live.

"It's not ideal," Turpin said, but he argued that because the newscasts in the app are time-stamped, users will know when they were recorded. And, he added, "We know our audience is sophisticated enough" to understand that NPR does not have newscasters sitting around ready to deliver a live newscast whenever the user requests to hear one.