Accessibility links
When Is A Friendship A Conflict Of Interest? : NPR Public Editor A listener raises questions about NPR's Supreme Court coverage.

When Is A Friendship A Conflict Of Interest?

When Is A Friendship A Conflict Of Interest? 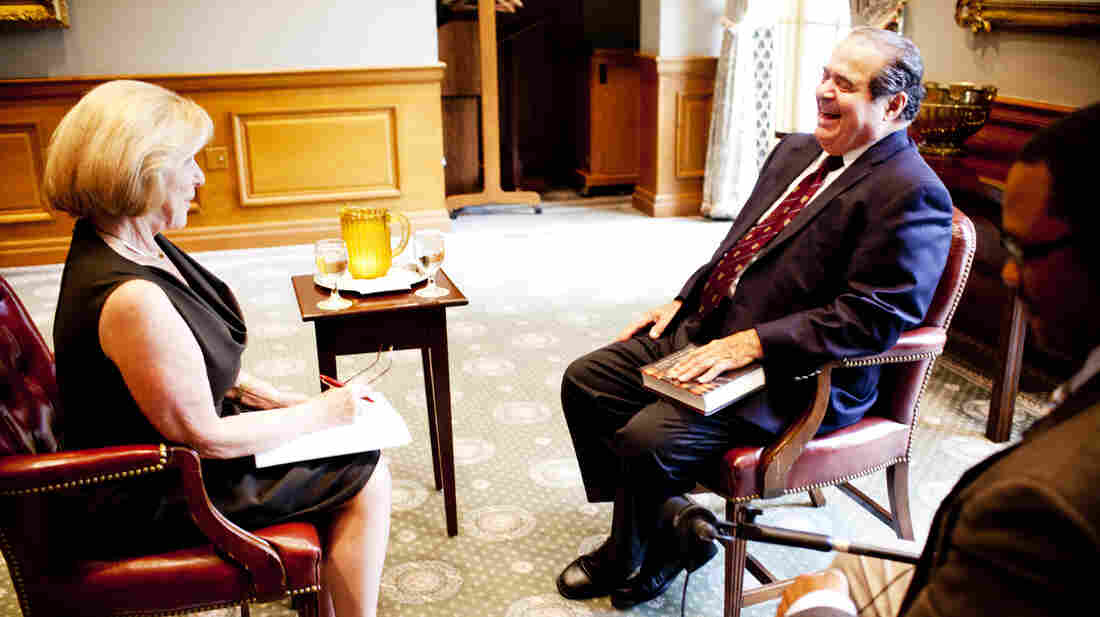 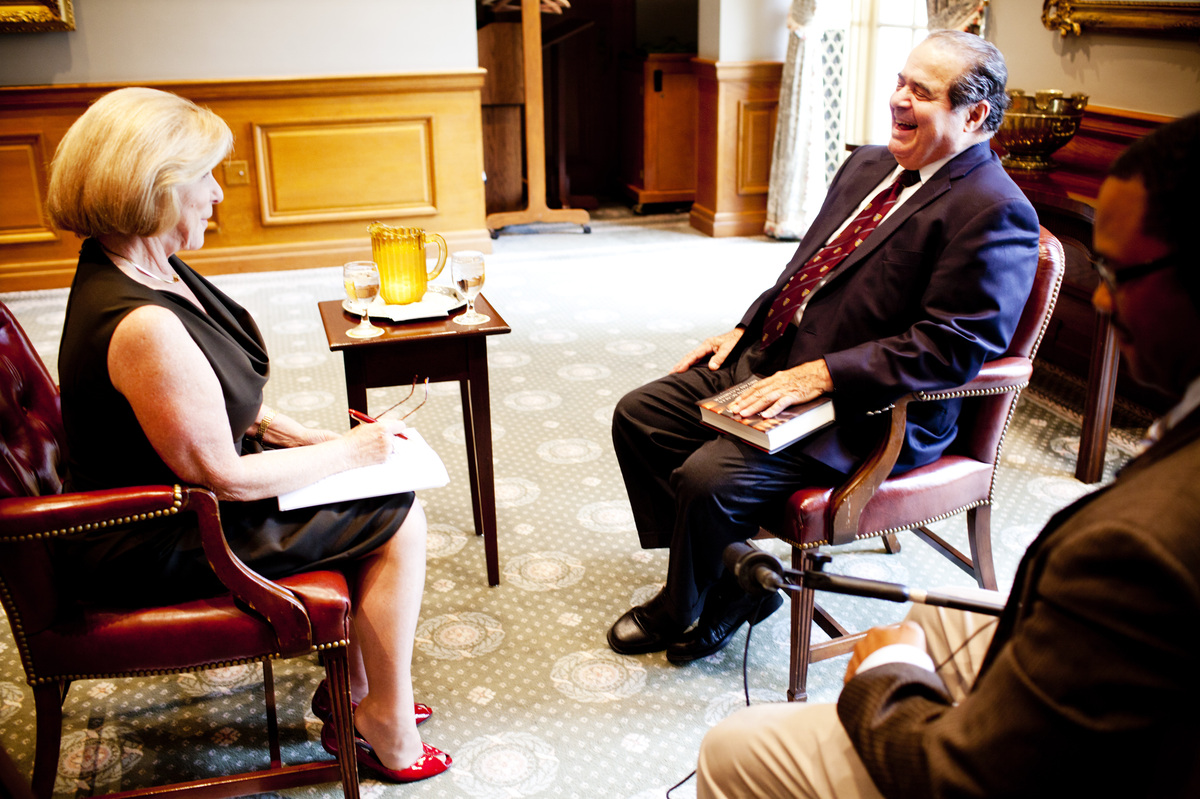 A Kansas listener, Michael Campbell, wrote to my office after hearing remarks made by NPR's longtime legal affairs correspondent Nina Totenberg on the NPR Politics podcast. Totenberg, speaking about the death of Supreme Court Justice Antonin Scalia, said this in response to a question about when she first met Scalia:

"I think I first met him actually he was an assistant attorney general, but my first recollection, really vivid recollection, was I took him to a White House Correspondents Dinner when he was on the Court of Appeals. We made something of an act together, Nina and Nino. He was my friend from that night on. We had a wonderful time together, he had a marvelous sense of humor, even though he could be very tough, and you know, would get very angry sometimes at the press corps and he would vent to me about that. He had a very gentle side as well, a kind side. When his son-in-law died, not that long ago, a few years ago, my husband and I went to the wake and he [Scalia] was just desolate. He wept on my shoulder when I gave him a hug. So to have this sort of public view of him as this uncompromising bully boy, in a way, was not representative of who he was."

The listener wrote of Totenberg that, "As a reporter covering the Supreme Court, it is her job to present a dispassionate and unbiased account of that court's decisions and of its members." Her personal friendship made that impossible, he said, adding, "I believe that it is a serious breach of journalistic ethics for Totenberg to befriend members of the Supreme Court and still present herself as a neutral observer of their behavior. Totenberg's reports on programs like Morning Edition and All Things Considered always present her as an objective reporter. Yet, now knowing her relationship to Scalia, how can I have any confidence that her reports were not shaded by her friendship with him? Does she have similar friendships with other justices that also color her reporting? I have no way of knowing, I guess, until she does another retrospective when they pass away, too."

Before plunging in, some context: Totenberg is a "founding mother" of NPR, having started in 1975. She has covered the court longer than any current justice has served on it, winning most of the journalism world's top awards along the way, including a duPont-Columbia and a Peabody. NPR's brand and hers are entwined in a quirky public radio way.

While Campbell may not be aware of it, the issue of Totenberg's friendships with those she covers is not new; although none of my predecessors has written about it as far as I can tell, others have.

The issue is addressed on Totenberg's Wikipedia page, which refers to controversy over her friendship with Scalia, as well as Supreme Court Justice Ruth Bader Ginsburg. The Christian Science Monitor wrote in 2010: "Justice Ginsburg presided over the 2000 wedding of longtime National Public Radio Supreme Court correspondent Nina Totenberg to Washington surgeon H. David Reines. Ms. Totenberg and Ginsburg are old friends, dating from Ginsburg's days as a Rutgers law professor," and other publications have reported that, as well.

Totenberg herself has talked about the subject. Asked on Reddit last year whether it is "difficult to balance having a good relationship with your sources and staying objective," she replied: "There is a difference between personal friendship and covering an institution. It sort of is what it is. You can't trim your professional sails just because you know and like a justice, for example. You have to report as objectively and interestingly as possible. Sometimes that means you end up writing unflattering things, and sometimes, flattering ones."

You can't trim your professional sails just because you know and like a justice.

NPR's ethics code does not address friendships with sources, only conflicts with family relationships, but many journalism ethics guides counsel against becoming too close to sources or those one covers. Poynter says: "Getting too close can jeopardize your objectivity. If you become friends, you may find yourself telling that source's side of the story — to the detriment of the other sides. You may withhold important information to protect the source unnecessarily. You may even avoid writing news articles because your source wants to suppress information."

The Society of Professional Journalists' ethics code cautions: "Getting too close to sources sorely compromises a journalist's ability to 'act independently,'" adding, "Avoid conflicts of interest, real or perceived" and "remain free of associations and activities that may compromise integrity or damage credibility."

In reality, some journalists who spend an extended time on a beat end up forging friendships of varying degrees of intensity with those they cover, or those around them — on the public relations team, say. And, they still do tough reporting, despite those relationships. Moreover, friendships evolve, as do careers. It's not possible to know which law professor you are friendly with will go on to high places.

News organizations have a few options. They can tell a reporter who is seen to be too cozy with sources that the relationships have to ease up. They can move the reporter to another beat. Or they can watch and wait, as NPR has.

I asked NPR's standards and practices editor, Mark Memmott, about his reaction to the listener's letter. He responded: "The emailer writes that it is Nina Totenberg's job 'to present a dispassionate and unbiased account' of the Supreme Court's decisions and its justices. I disagree on one point. Nina is passionate and that's a good thing. Her love for the law and 'the story' come through and are a large part of what make her an effective communicator."

As for being unbiased, he wrote, "of course that's part of her job. And she is — no matter whether she personally likes what is happening or who is doing it. I speak from personal experience. I think Nina likes me. But that has not stopped her from making herself very clear when she disagrees with the guidance I give to NPR's journalists."

Our listeners and readers benefit — as we've learned this week — from Nina's long experience covering the court and from what she has been able to learn about the justices over the years by getting to know them. And just as justices Ginsburg and Scalia were able to argue during the day and then be friends outside the court, she is able to separate work from friendships."

He adds, "It is no secret that Nina has gotten to know some of the justices," pointing to her Reddit talk and the podcast conversation. But, he said, "The bulk of Nina's work — and that of any reporter covering the Supreme Court — is about the law, not the justices. Yes, as I said above, there is value in getting to know who those nine people are and how they think. But the time spent on that is a fraction of the time she spends reading opinions, interviewing legal experts and working her sources on the wide variety of issues that come before the court."

Finally, he adds, "People — even journalists — have friends. Reporters, believe it or not, may have friends in high places, especially if they've been covering a beat for several decades and have watched as someone rose in rank. But journalists don't have to give up such friendships if they take care to guard against conflicts and bias. What they need to do is recuse themselves or disclose the friendships if a story gets too 'personal' — a scandal, for instance. Nina and her editors are well aware of this."

Is disclosure of ties enough? There is an evolving school of thought in journalism ethics that disclosure can trump any multitude of potential conflicts. By disclosing, say, one's political leanings, the thinking goes, the audience is better equipped to evaluate the reporting. Even with disclosure, however, I doubt NPR would let a similar situation stand for another reporter on a key beat as it does for Totenberg.

I asked Totenberg for her thoughts and will update the column if I hear back. For my part, I have greatly appreciated Totenberg's recent reporting in the wake of Scalia's death, and my office heard just one complaint about how NPR, broadly, covered the man's legacy. Realistically, I don't expect NPR will make any change this late in the game, and to do so would deprive NPR listeners of solid reporting that many treasure. But I am glad the listener raised the questions he did, and hopefully this public discussion will give him more information to evaluate the reporting for himself.