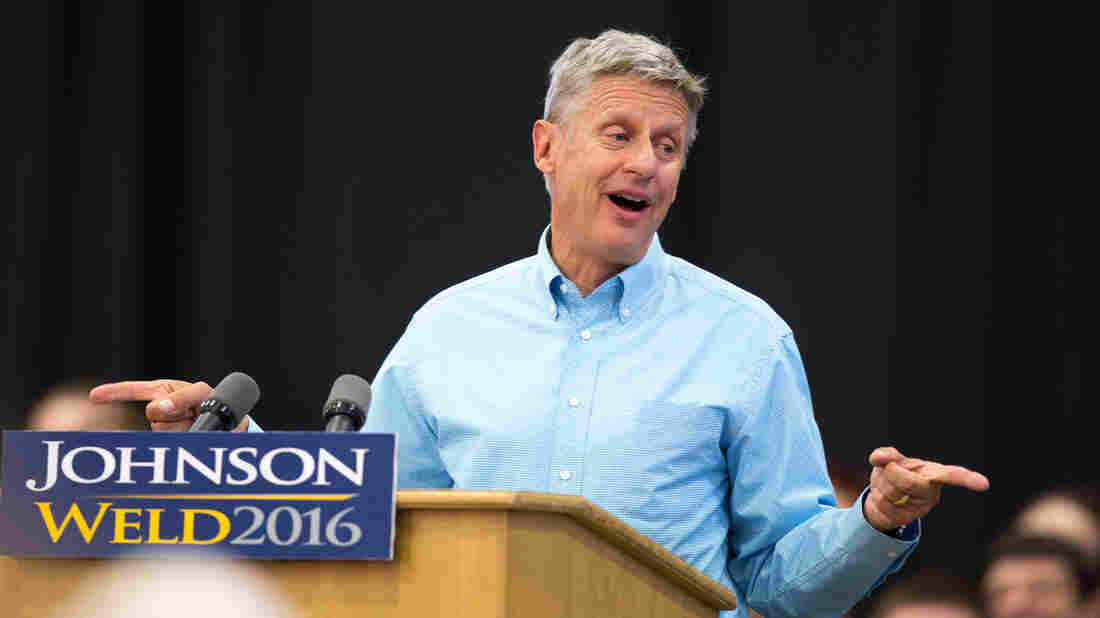 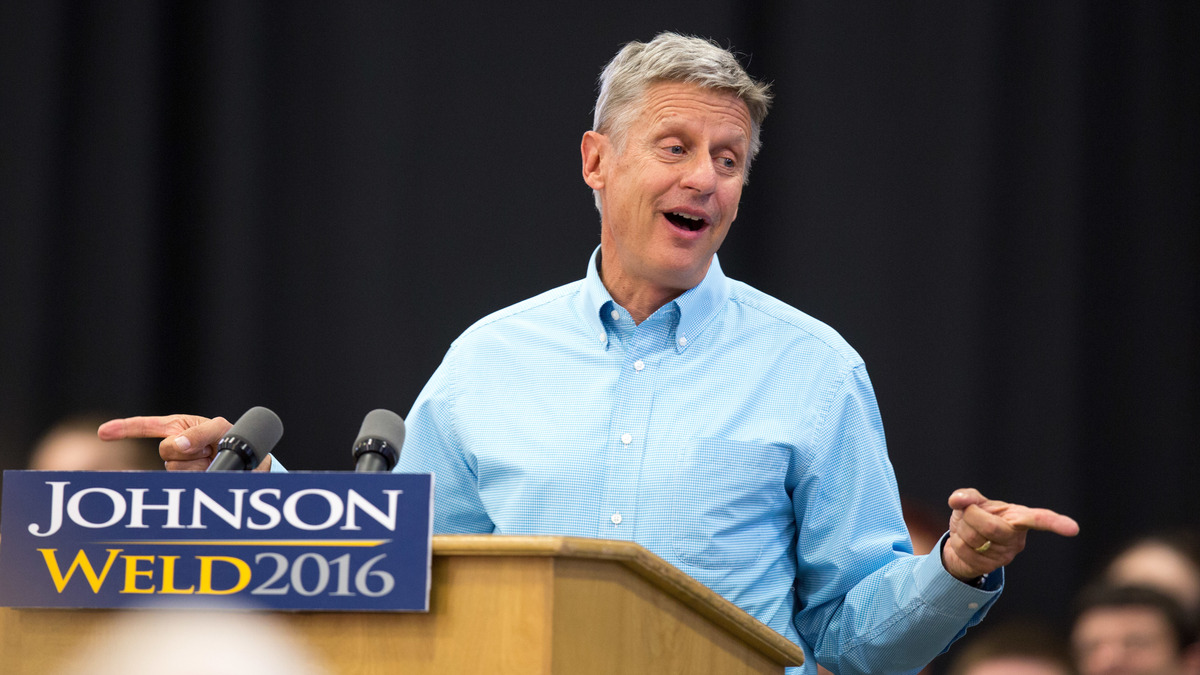 The requests come as the usual chicken-and-egg scenario plays out between these candidates and the media. It goes something like this: The candidates' poll numbers — Johnson currently stands at 9 percent in the Real Clear Politics average, and Stein at 3.3 percent— could improve if they are able to garner more media coverage, but their low poll numbers are partly informing the decisions on how much media attention to give them. The numbers need to budge soon — to 15 percent in some of the polls — for the candidates to be included in the upcoming televised debates.

The issue is one that arises each campaign cycle; one of my predecessors addressed it in 2008, and NPR's first ombudsman, Jeffrey Dvorkin, wrote about it in 2000, when Ron Elving, then NPR's senior Washington editor, noted, "The timing of third party coverage is an issue every four years."

Since May, NPR has run 13 on-air stories and four online stories focused on the broad prospects of third party candidates or the candidates themselves. That has included an interview with Johnson, another with his running mate William Weld, and one with Stein. There was also one with Evan McMullin, an independent candidate.

In addition, the midday program Here & Now, jointly produced by NPR and Boston station WBUR, has had four major segments on the third party candidacies, including a Johnson interview in May. The Diane Rehm Show interviewed Stein last month, while On Point interviewed Johnson. (Those shows are distributed, but not produced, by NPR.)

Another 10 or so NPR stories this summer included references to a third party candidate, often when potential voters raised the names during interviews.

NPR can and should do more. The newsroom tells me it has plans to, but without sharing many specifics. Beth Donovan, NPR's senior Washington editor, said by email, "We will profile each of the candidates, they will be included in our online issues matrix, and we will do a handful of news stories as they make news."

A sampling of the listener letters (some excerpted) is below.

"This is such an unusual year, and so much of the discussion ends up being about the personalities of Trump and Clinton. Bringing in the third and fourth party candidates would help bring back the discussion of policy. It would also provide some hope for those of us who are having a hard time stomaching these two. Maybe by reporting on the other candidates you can confirm their relevance this time around. Whoever wins, it seems that having more than two viable options would be good for the country. And the simplest way to make those options viable is for the media to take them seriously."

"I listen to NPR because I find it both educational, and usually, objective. Of all the presidential race coverage I've heard on NPR, I don't believe I've heard Gary Johnson's name mentioned once. This is a candidate that is polling (in antiquated polling systems) at over 10 percent and who will be on the ballot in all 50 states. Yet, NPR, like most of the media outlets, prefers to cover it as only a two-person race. This morning, one of your shows commented that it's a tight race because over 60 percent of voters are voting 'against' the other candidate. Please, please do your listeners the service of letting them know they have an option other than the horrible candidates our flawed two-party system has produced."

Barton Jones, of Charlotte, N.C., describes himself as a Johnson supporter and wrote:

"The Johnson/Weld ticket just picked up the endorsement of the Richmond Times-Dispatch, has a PAC that just bought $1 million in ads, ... and is polling above 10 percent nationally, even though he is listed in most after the main party candidates are listed. Johnson/Weld will be on all 50 states ballots ... shouldn't he get reasonable time or discussion, especially since he is a middle of the road candidate in most respects?"

"There are more than two candidates running for president but listening to the media you'd never know it. Without the large amounts of money from PACs, third party candidates don't stand a chance when the news agencies refuse to give equal coverage. The American people deserve to vote for the candidate they believe in, not the lesser of two evils. The American people should be allowed to choose the next president, not the media or the ultra rich one percent. Please let us hear about all candidates on the ballot not just the standard two party candidates."

"Back in early spring, I was very excited to hear your coverage of the Libertarian national convention! However, as the political candidates have been chosen, I am very disappointed that NPR has not been covering the third party candidates more, especially since your sound bite that is aired on our local Mississippi station keeps mentioning that this election year is unusual and you are here to keep us informed. Your political coverage keeps informing us that both main stream parties are alienating the progressive and moderate middle of America, yet your coverage is not providing us with information on which candidates may be appropriate for us.  I would strongly encourage you to begin covering such candidates to allow your public to be fully informed, especially considering that there is a third party that will be represented on the primary ballots in all 50 states. NPR has the responsibility to inform their public equally about all candidates that will be on the ballot."

"Dr. Stein and Johnson are low in the polls because they don't get coverage. Without getting coverage they can't rise in the polls. Please make up for this and give voters the exposure and information they need and deserve."