'A Weekly Pattern Of Unfairness': Political Commentary On NPR

'A Weekly Pattern Of Unfairness': Political Commentary On NPR 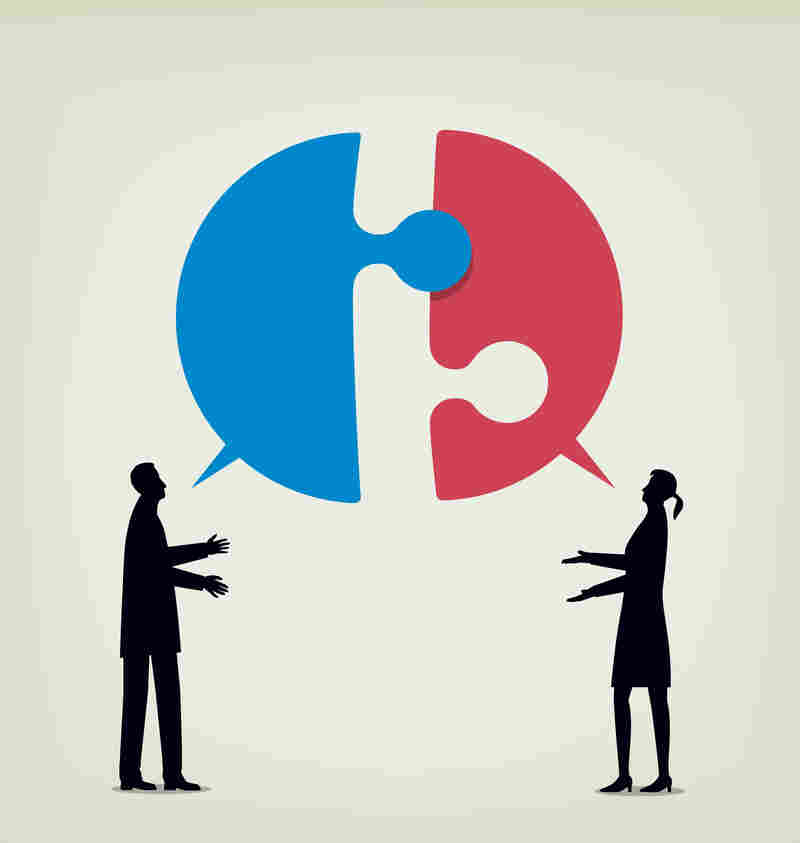 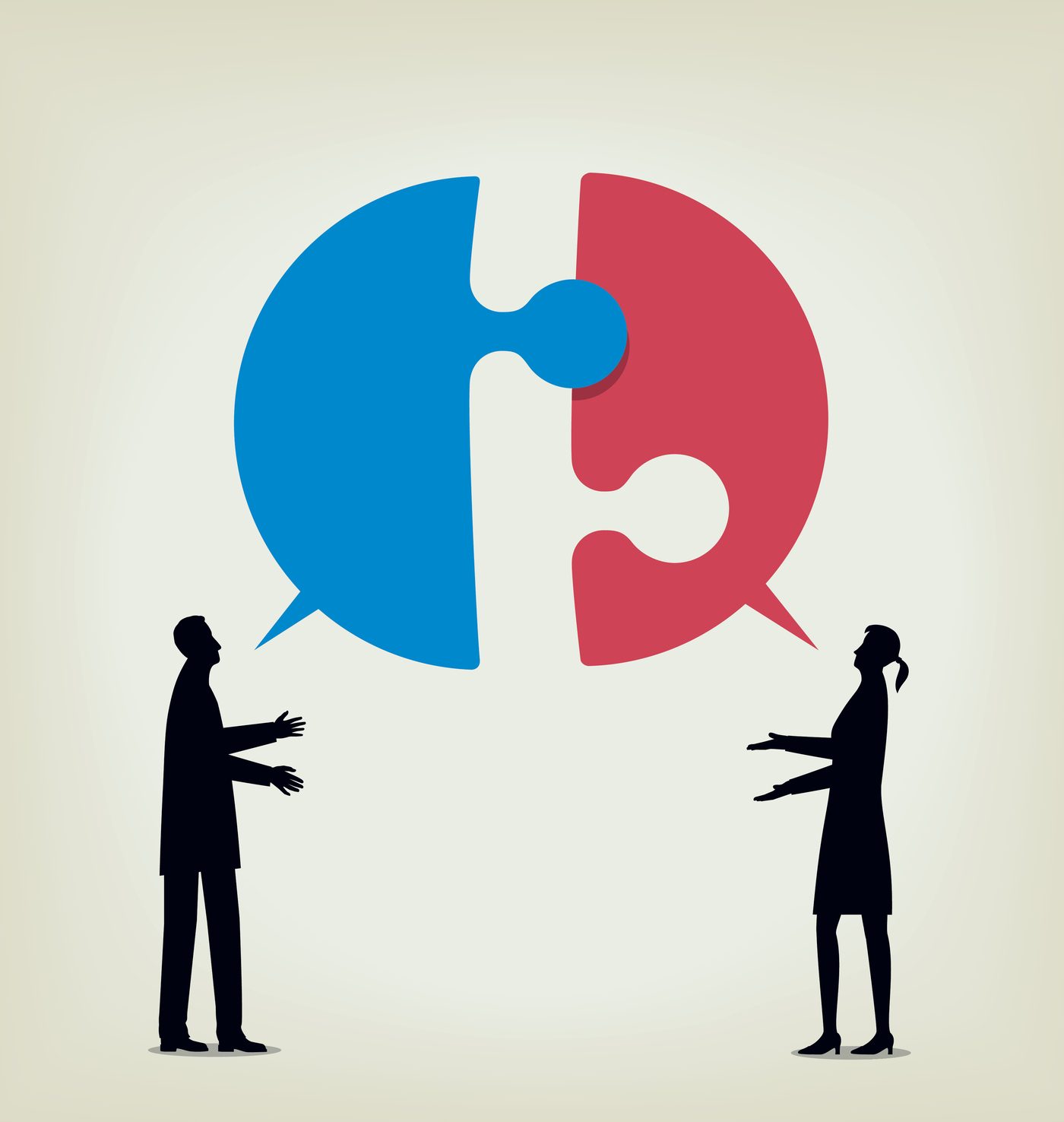 Reporting, analysis and commentary — those are the three predominant types of content NPR's newsroom offers listeners and readers. Reporting and analysis make up most of what the newsroom puts out. However, it is the very small category of commentary (and political commentary, specifically, since that makes up the majority of NPR commentary at the moment) that is driving an outsized number of complaints to the Ombudsman office this election season.

Commentary, as NPR defines it, includes opinion that goes beyond fact and analysis. Online, commentary written by, say, the writers at the 13:7 science blog or the Ombudsman, is clearly labeled. On air, though, some who hear it are confused, and I can't blame them. The newsroom, to my mind, muddles the situation by some of the choices it makes.

The complaints are wide-ranging and across a number of shows, although the vast majority of them at the moment are directed at the Monday Morning Edition "Week in Politics" segment, which pairs NPR veteran Cokie Roberts with another commentator, most often a conservative.

Broadly, the complaints can be boiled down to a few categories. Some listeners feel as though they do not hear their own perspectives addressed. Some feel the deck is stacked against their candidate or viewpoint. Others hear commentary and analysis as reporting, and accuse NPR of bias.

Here is just a small sampling of emails, some condensed for clarity:

Rachel Dunifon of Ithaca, N.Y.: "During Morning Edition yesterday, I noticed that Cokie Roberts was paired with someone described as a 'Republican Strategist'. That confused me. Is the idea that Cokie Roberts is a Democratic Strategist, so pairing her with a Republican balances this out? If so, then this needs to be justified. If not, then why is the only overtly partisan person taking part in the discussion a Republican? NPR should clarify their approach to these Monday morning segments."

From Robert Waxman, of Miami: "I am very upset about a weekly pattern of unfairness that doesn't seem to be addressed. I don't know who at NPR or [Morning Edition] thinks Cokie Roberts is a voice for Democrats or liberals or progressives, but unless her genetics are the attribution for that, producers of ME have it all wrong. Cokie is a journalist who has worked at NPR for decades now." [The listener was seemingly referring to Roberts' parents, Hale Boggs and Lindy Boggs, who served as Democratic members of Congress.]

Jim Hendrick, of Novato, Calif.: "For this morning's report on the campaign, David Greene interviewed Cokie Roberts and [Mollie] Hemingway of the conservative Federalist. Ms. Roberts provided her journalist's point of view while Ms. Hemingway sang the song of the right wing. This does not make for a fair and balanced report since there was no voice of the left. The report should have included someone like Howard Dean to provide a complete picture."

Emory Griffis, of Folkston, Ga.: "NPR ... should serve as the epitome of impartial reporting and news coverage. Cokie Roberts has now repeatedly violated this standard, with her unfair, and inflammatory personal bias against Donald Trump and his supporters."

Larry Farmer, of Hartford, Ky.: "It seems like you have an ongoing war with Donald Trump and conservatism in general. ... David Brooks does not balance liberal E. J. Dionne. Brooks generally agrees with Dionne on most things. He is at best a moderate, certainly not a conservative," and, Farmer goes on, opposed to Trump.

Joan Berg, from Olivia, Minn.: "Trump surrogate, Paris Dennard, claims to be a NPR political [analyst] for 'NPR' (Here & Now). How can a person serve NPR as an [analyst] and be associated with a campaign?"

The last question is the easiest to address. I asked Kathleen McKenna, the executive producer of Here & Now, about Dennard, a Republican analyst who is indeed identified at times on other news outlets as a Trump surrogate. McKenna's team checked with Dennard (who is often paired on the show with Democratic strategist Angela Rye). He told them he is not on the campaign payroll (official surrogates are often paid by the campaigns) and he does not coordinate with the campaign on his media appearances. Here & Now identifies him as a Trump supporter, and, as long as he is not being paid by the campaign, that satisfies me that the commentators are relatively evenly matched.

The commentary in the morning and evening newsmagazines is much trickier. I have not even included a representative letter from those who support the third-party candidates and object to that perspective being left out of the commentary altogether by the focus on Democrats and Republicans.

By far, the more concerning issue for listeners, at the moment, is the Monday spot, so I'll concentrate on that, although some similar issues exist with the Friday All Things Considered segment. Some background is helpful here. In February, Roberts and her husband, journalist Steve Roberts, wrote in their syndicated column that Donald Trump, then running in the Republican primary, should be stopped, because, "He is one of the least qualified candidates ever to make a serious run for the presidency." In August, appearing on MSNBC, she described GOP politicians who support Trump despite strong reservations as "morally tainted."

As I've written before, Roberts is no longer purely a reporter and is now a commentator, and thus is subject to different rules than NPR's reporters or analysts. She gets to express her political opinions, unlike the reporters. The problem is, Roberts for many years appeared on NPR in both of those other roles, and many listeners simply still do not make the distinction that she's now in a new role. Therefore, listeners such as Griffis hear her as expressing an NPR bias. She is not. She is expressing her own opinion.

She does still occasionally report, as well, and I think that is problematic, as I wrote last month, if NPR is trying to convince listeners she is a commentator. (I am happy, however, that after March, NPR stopped pairing Roberts on the occasional Monday with Mara Liasson, NPR's national political correspondent, making clearer that Liasson is not a commentator.)

Precisely because Roberts expressed anti-Trump sentiments (although not on NPR), the producers have been pairing her most weeks with conservatives. Most often her segment-mate has been a conservative journalist, either Tucker Carlson, a Fox News pundit and editor-in-chief of The Daily Caller, Jonah Goldberg, a senior editor at National Review, or Ben Domenech, publisher of The Federalist. She has also been paired with Hemingway, and, yes, John Feehery, the Republican strategist. That leaves Democrats feeling as though their candidate is being disadvantaged.

I don't believe that every single commentary segment on NPR, in an effort at balance, needs to rigidly pair a Clinton supporter with a Trump supporter. My sense is that the vast majority of listeners are hoping to hear a commentary perspective that makes them consider an issue from a different angle, or better understand the dynamics of the day, not just looking to hear their own views validated. (Or maybe that's just wishful thinking on my part in this polarized time.)

Nonetheless, I understand why Monday listeners are confused. As evidenced by her own statements and writing, Roberts is opposed to Trump, but that does not make her an advocate for the Democratic candidate Clinton. Yet she is often seemingly cast in that role by the matchups. In June, Roberts was paired with Nomiki Konst, the liberal host of the Sirius XM show The Filter, but otherwise, Roberts' sparring partners have all been conservatives (or Washington Post national political reporter Robert Costa, who previously wrote for National Review).

I asked Roberts what perspective she speaks from, and she told me, "My ideology does not exist."

Roberts told me she does not believe she should be paired with a strategist, surrogate or operative, although that decision is not hers to make. "They are playing a different role," she told me. "I have said to the Morning Edition people — they will confirm — I don't want to be on with somebody who is doing talking points for a candidate. That puts me in an impossible position. I'm not going to sit there and fight with them."

She added, "My biggest problem is anybody who is spouting the party line. It's boring."

Sarah Gilbert, the executive producer of Morning Edition, and Carline Watson, her counterpart at All Things Considered, declined to weigh in on this issue. Michael Oreskes, NPR's head of news, told me, "Our goal is to have the widest range of perspectives and points of view both for and from our audience. That involves everything from the next generation of comment, to what commentary should look like in a world of radio, on-demand audio, large reach on social media. I think we're going to try to take that on as one overall challenge." (By "next generation of comment" he was referring to NPR's decision to end online commenting back in August, and the search for new ways to incorporate audience feedback to NPR's journalism.)

I do not expect any changes before the election and some of these concerns may fade away once campaign season fervor has passed. But what are some possible solutions down the road? I can think of a few. Most involve adding many more voices to the mix, which, in what would be a disappointment to fans, would mean hearing less from the current regulars.

On Morning Edition, Roberts could get her own spot, no sparring partner needed, just as sports commentator Frank Deford has had for years. Her spot could then air in rotation with commentators speaking from other perspectives.

Or, the Monday Morning Edition and Friday All Things Considered panels each week could grow to include more viewpoints. That doesn't sound terribly satisfying from a listener standpoint, as more voices vie for the air in the short segments. That said, it works, to my mind, when Michel Martin hosts her longer "Barbershop" panels on Weekend All Things Considered.

NPR could stick with the sparring partner format, but switch up the voices, adding perspectives. That's more work for the producers, but listeners would hear a variety of viewpoints they are not getting now.

Finally, NPR could do away with commentary altogether, at least on the radio. Change is hard, and NPR has considered commentary to be an important part of its mix of offerings for years. But one thing the journalism world is not lacking these days is opinions. What if NPR took that time and devoted it to more reporting?

What do you think about NPR offering commentary? If you have a Facebook account you can weigh in there, in the comments.

This post has been updated to clarify Cokie Roberts' comments on MSNBC.