Calling Trump's Bragging What It Is; Election Coverage: Sept. 25 – Oct. 8

Calling Trump's Bragging What It Is; Election Coverage: Sept. 25 – Oct. 8 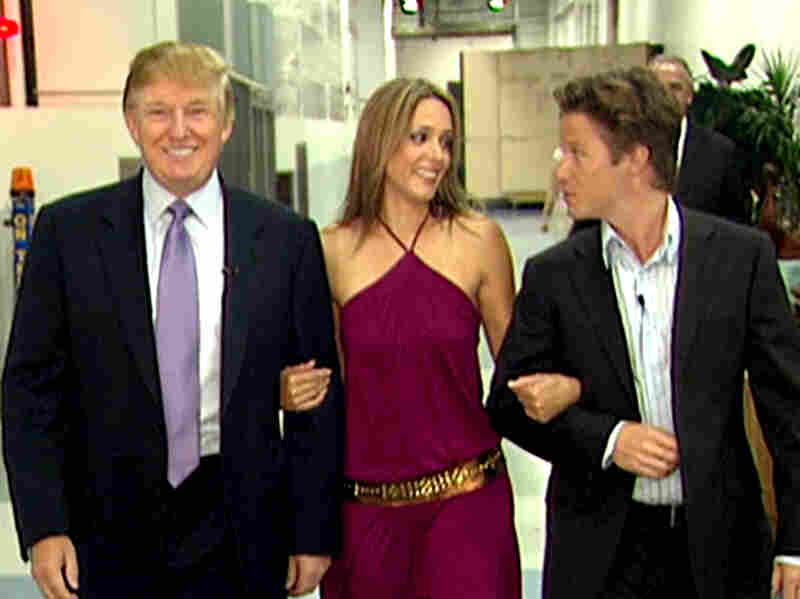 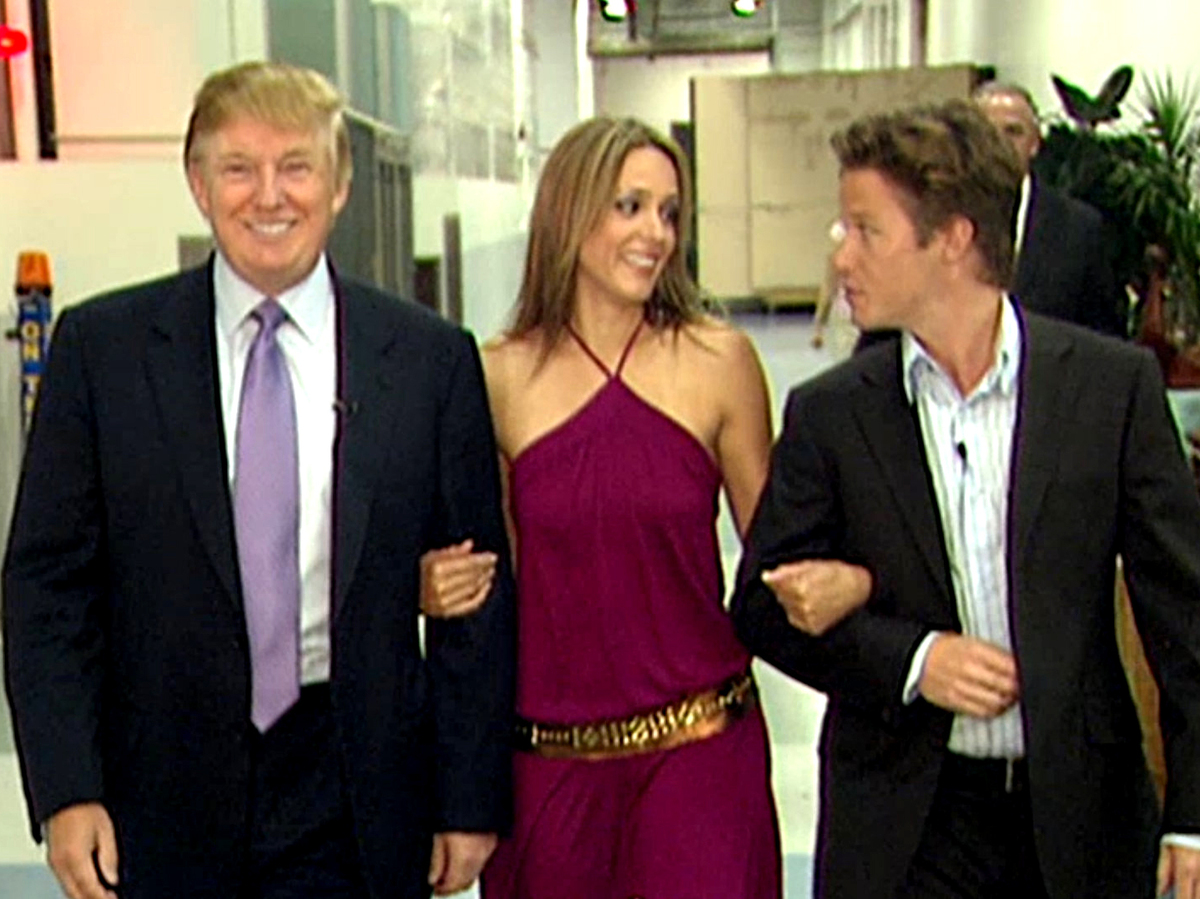 How would you describe, in brief, the conversation Republican Presidential candidate Donald Trump had in 2005 with then-Access Hollywood co-host Billy Bush, a recording of which was leaked to the Washington Post last Friday?

Lewd? Vulgar? Crude? NPR used all those words in newscasts and headlines when reporting the story, and it has continued to use them occasionally in reporting the continuing drip of allegations this week that Trump has repeatedly behaved improperly toward women. For readers and listeners who contacted my office, those descriptions do not go far enough.

Cody McMahan, of Dallas, spoke for many, writing: "Please stop referring to Donald Trump's comments as 'lewd comments' as though he was caught saying 'dirty words'. He was bragging about nonconsensual sexual behavior."

And from Mark Swanson, of Evanston, Ill.: "The NPR news reader refers only to Donald Trump's use of lewd or vulgar language. That is not the story. The story is that Donald Trump is actually bragging about groping women and getting away with it because of his celebrity status."

Julie Vandenboom of Lansing, Mich., wrote specifically about the use of the word "groping" in NPR's reports: "I'm not sure why you chose to use the word 'groping' rather than 'sexual assault' in your headline about Donald Trump bragging about forcibly touching women's genitals. What factors went into that decision?"

Merriam-Webster defines "grope" as "to touch (someone) in an unwanted and unexpected sexual way." By that standard the headline is an accurate description, in my mind. NPR's standards editor Mark Memmott agreed.

The descriptions of Trump's behavior as "lewd" or "vulgar" are also clearly accurate, and they have the advantage of fitting into newscasts and headlines, which have time and space limits. But I, too, felt the language was, at times, not nearly as forceful or complete as it could be. This was particularly the case in some of the weekend newscasts leading up to the Sunday debate where Trump was asked directly about the tape. I asked newsroom executives for their thinking.

"I hesitate for our anchors to make legal judgments about anything," Robert Garcia, the executive producer of NPR's newscasts, told me, referring to the listeners who wanted NPR to be clearer that the behavior Trump bragged about was "sexual assault."

Garcia explained that a newscast anchor's characterization of what happened "is going to be buttressed by the next big thing that follows," meaning an excerpt from the tape, or audio of, say, presidential candidate debate co-moderator Anderson Cooper asking Trump directly about his remarks. But NPR felt restricted from running, in full, the most relevant parts of the tape where Trump is heard talking about grabbing women in their private parts, Garcia said, due to Federal Communications Commission concerns. (NPR programs are heard on member stations licensed by the FCC, which requires stations to uphold what it calls "contemporary community standards." A detailed explanation of NPR's policy about use of the tape, in the context of FCC regulations, can be found here, in a memo from Memmott.)

"I would like to have had the freedom to put the whole thing out there but one of the considerations we have is the FCC," Garcia said.

[NPR's media correspondent, David Folkenflik, on Monday disagreed with NPR's decision not to air certain parts of the tape, arguing, "It's newsworthy for a leading presidential candidate." But he noted that the full tape was available at NPR.org and through myriad other news sources.]

I understand the legal concerns cited by Garcia, and some of the alternatives that listeners suggested clearly went further than the NPR lawyers would have approved. But I do think there were other ways to more clearly characterize more of the content of the tape early on, without running into legal hurdles.

"Certainly by Sunday we could have figured out a way to tell listeners these comments weren't just lewd and vulgar," Memmott agreed. But, he added, he felt the totality of the coverage was clear.

Indeed, in one of the first pieces NPR aired after the story broke, Weekend Edition Saturday host Scott Simon was very clear about what Trump said, telling listeners: "In it, Trump brags in graphic, vulgar language of trying to commit adultery and forcing himself on women."

After I spoke to Garcia earlier this week, he followed up to highlight the approach Lakshmi Singh took in Tuesday newscasts that he said he felt "touched on the issue with the appropriate amount of nuance."

In the 1 p.m., ET newscast that day, reporting House Speaker Paul Ryan's decision to distance himself from Trump, she said:

"...Ryan backed out to help focus on helping fellow Republicans get re-elected. He announced the decision after The Washington Post released a 2005 recording of Trump bragging about groping women, which without their consent, would be sexual assault. In the second debate with Hillary Clinton, Donald Trump told a moderator he never forced himself on women. NPR's Sarah McCammon reports Trump's vulgar remarks remain a politically explosive issue for the Republican party."

Garcia said: "This exposition reflects an if/then approach that avoids the declaration he is guilty of sexual assault while maintaining, it could well be if there was non-consent. It also represents Trump's position at the debate claiming that he never forced himself on women."

I like that language; I just wish NPR had gotten there sooner and used it, or some variation, more often.

My office continues to field many complaints that there are simply too many stories about Trump and his troubles. The Democratic and Republican party candidates received almost equal coverage in the first week of the tracking period, but Trump received two-and-a-half times more coverage in the second week. That was the week when The New York Times first reported Trump's 1995 tax returns (showing his $916 million in business losses), followed by the early reports on the leaked Access Hollywood video.

As we have been doing since early summer, this column is highlighting stories that rise above the day-to-day of the campaigns and examine the candidates' policy proposals and stances on specific issues. There were only a handful of such stories among the 153 stories we tracked over the course of the past two weeks, but they tackled important issues, looking at the candidates' plans for America's schools, gun regulations, nuclear weapons, and Social Security and Medicare. And one online-only story looked at where the vice presidential candidates differ from their running mates on the issues.