Accessibility links
The Thinking Behind NPR's Reporting On The Trump Dossier : NPR Public Editor Listeners are divided on whether NPR reported too much or not enough.

The Thinking Behind NPR's Reporting On The Trump Dossier

The Thinking Behind NPR's Reporting On The Trump Dossier 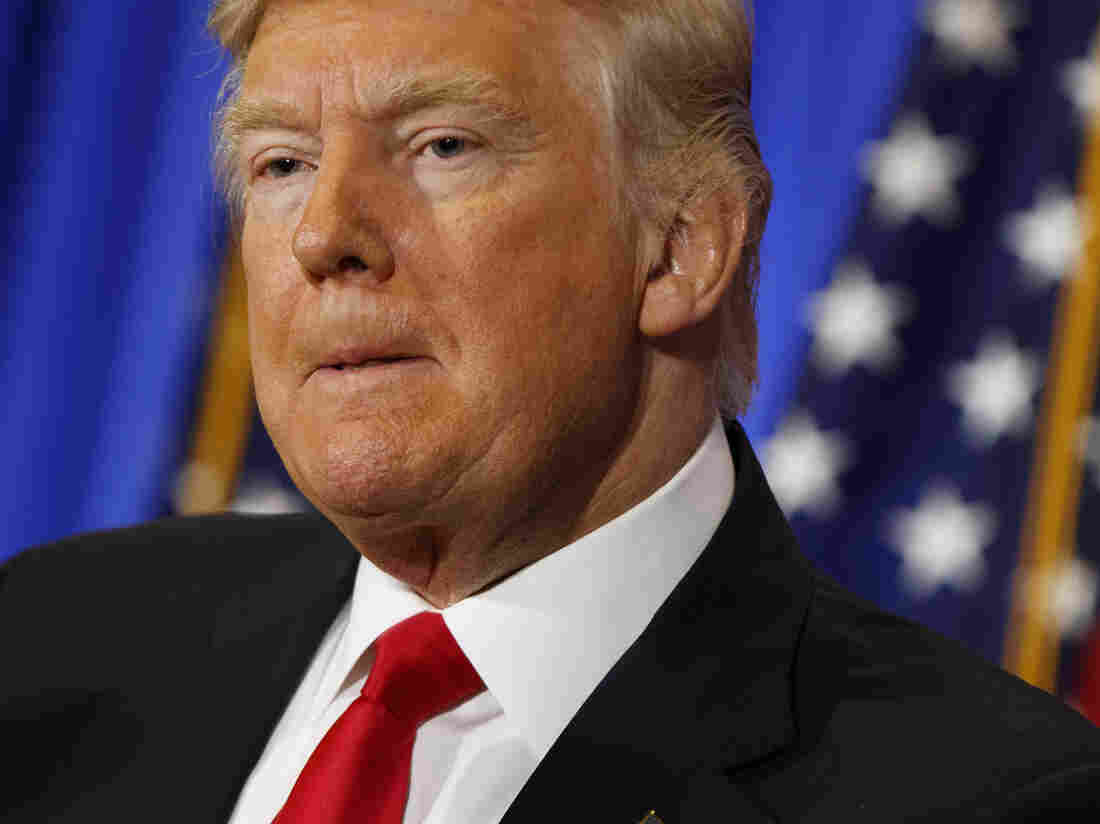 President-elect Donald Trump listens to a question during a news conference in the lobby of Trump Tower on Wednesday. Evan Vucci/AP hide caption 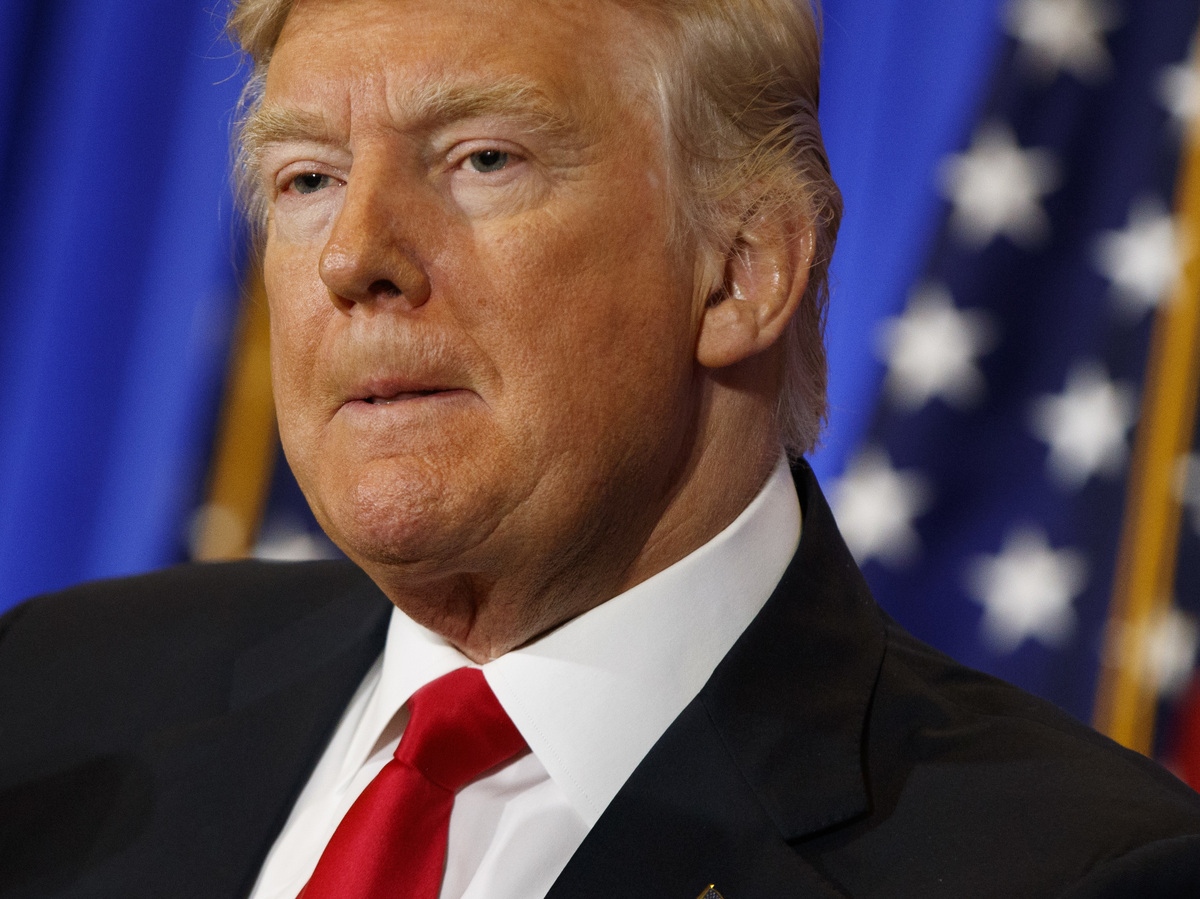 President-elect Donald Trump listens to a question during a news conference in the lobby of Trump Tower on Wednesday.

Once again, NPR finds itself in the uncomfortable position of reporting on unverified information, just as it did last year when WikiLeaks dumped troves of what it said were hacked emails taken from Democratic presidential candidate Hillary Clinton's campaign chairman, John Podesta, and from top officials of the Democratic National Committee.

In this case, the unsubstantiated information is contained in a 35-page dossier about President-elect Donald Trump, compiled last year at the behest of Trump foes—first anti-Trump Republicans, and then the Democrats. The dossier has been circulating in official Washington circles and among the press corps for some time. CNN reported on its existence earlier this week, with BuzzFeed quickly posting it in full after. Other news organizations followed with their own broad-outline reports that left out the specifics being alleged.

NPR is among those that have not detailed the contents of the document. As Phil Ewing wrote for npr.org, "it remains unverified, but it describes a concerted effort by Russian President Vladimir Putin to cultivate a relationship with Trump and his camp. The document, which describes information provided by Russian government and other sources, details behavior by Trump that could leave him open to blackmail, as well as alleged secret meetings between Trump aides and Russian officials called to discuss the campaign against Clinton and potential new business relationships."

Other on-air and online characterizations have been similar, but even that broad description has provoked polarized listener reaction. My office and NPR have heard from those who think NPR is biased against Trump by reporting on even the existence of the dossier and the basic outlines of the information.

Listener Scot Lee of Laporte, Colo., was particularly succinct: "I am most disappointed that NPR leadership allowed the organization to fall into the trap of reporting unsubstantiated information."

Bruce Heida from Frederick, Md., raised the very good question of why NPR, in one report, "failed to include the information that the memo was generated by operatives wishing to destroy Trump's candidacy."

In the opposite camp are those who think NPR is treating the president-elect too delicately by tiptoeing around the unverified information in the report, unlike when it reported much more extensively on the WikiLeaks material.

Listener Michelle Wilson of Wyoming, Mich., wrote to my office, concerned about what she felt was a double-standard, noting that the WikiLeaks information, which was "stolen and never authenticated," was covered in detail, and yet NPR is not reporting specifics in the Trump dossier "because NPR has not independently confirmed the allegations."

"What conclusion should I draw from the difference in coverage? The options seem to be:

1. NPR learned something from the way it handled the WikiLeaks docs and is now trying to do better.
2. Mary Louise Kelly and/or her editor is more careful than [the NPR reporters covering WikiLeaks].
3. NPR simply has a double standard in covering anything Clinton related versus Trump related.
4. NPR, like many other individuals and entities, fears crossing Trump by reporting unflattering information.

Please educate me on the reasons for the difference."

I asked NPR's standards editor, Mark Memmott, for his thoughts. Not surprisingly — since these are thorny issues — his response was similar to that when I asked him about the WikiLeaks reporting last fall. The word he used to describe both situations was "awkward."

As he told me, the current story is still in its "very early stages" and the audience is still getting familiar with it, so "taking care to remind them about the questions regarding the authenticity of the information is important. That doesn't mean we can dispense with such reminders as stories go on and on and the news becomes familiar. There were times in the WikiLeaks coverage where we probably should have remembered to include that information." (NPR did indeed eventually stop including disclaimers on the WikiLeaks material and it should not have done that so quickly.)

But, addressing the concerns of Wilson and others, Memmott rightly made a distinction between the two leaks. He said, "The authenticity of the WikiLeaks wasn't being disputed." (As NPR reported at the time, "The Clinton campaign has not confirmed that the hacked emails are real and NPR has not been able to confirm their authenticity, but the campaign has linked the hack to Russia and says Moscow is interfering with the election to promote Donald Trump's candidacy." Later, government officials implicitly confirmed that the material was real when they asserted the Russian government's role in stealing it.)

Memmott continued: "Yes, the absence of an objection isn't proof on its own of authenticity. But it is an important sign. Meanwhile, the content of the latest information is of a different nature than what was in the WikiLeaks. You've seen words such as 'scurrilous' and 'compromising.' Before a credible news outlet goes into detail about such allegations, it had better be confident in the information."

My take: NPR's reporting in this case has been careful so far. When a Cabinet nominee is being asked about a document in a public hearing; the president and president-elect have both been presented with it; and the president-elect's communications team makes a statement about it at a press conference, NPR needs to report on it, even while dancing around the details. The fact that Trump opponents compiled the dossier should be noted repeatedly, however. Yes, radio time limitations will mean that's not always possible, but it's not a detail that should be left by the wayside or always assumed.

As for a double-standard: I thought NPR over-reported the WikiLeaks material, as the story took on a life of its own. So far, NPR has handled this latest disclosure cautiously — and appropriately.