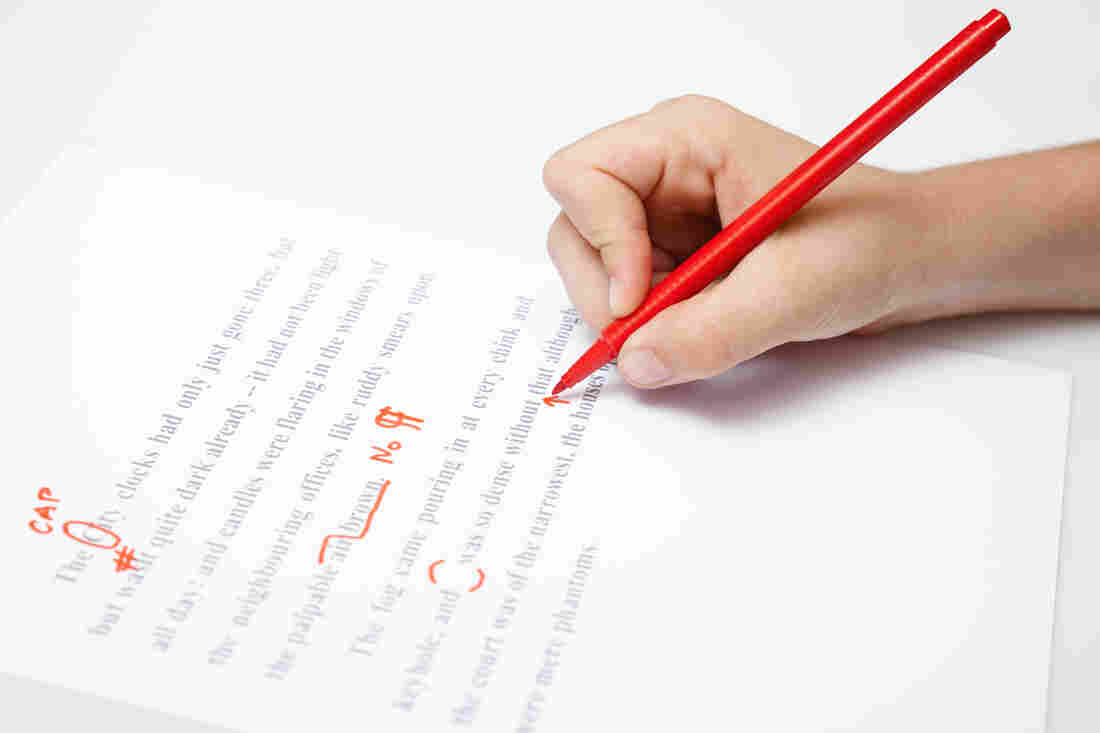 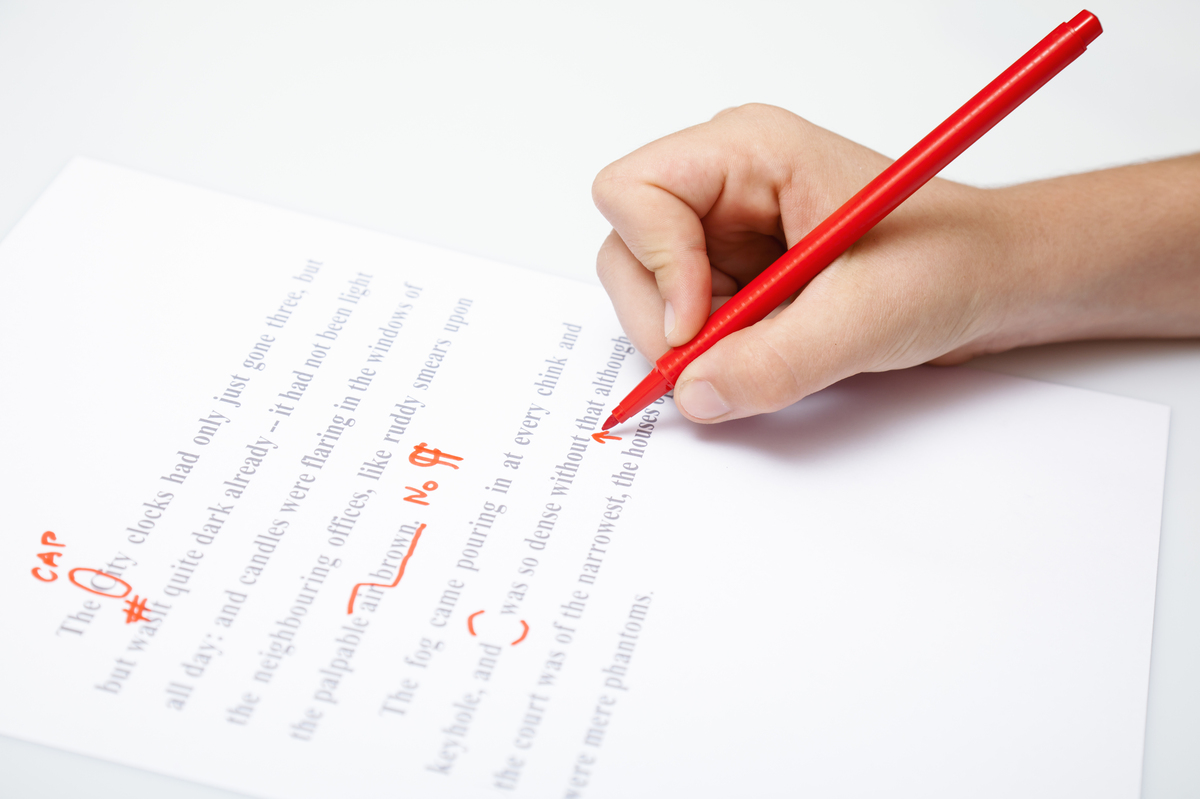 In mid-December, NPR's website ran a story about the CIA's conclusion "that Russia interfered in the U.S. presidential election to help Donald Trump win." The story had this headline: "The Russian Hacking Kerfuffle: What We Do and Don't Know." The story was fine. But it was most definitely not about a simple "kerfuffle," which Merriam-Webster defines as a "disturbance, fuss." "Kerfuffle" was later replaced in the headline with the better word "controversy."

My office didn't get any complaints about that headline. But vigilant readers regularly notice problems with other headlines — and write in with concerns — and they do so increasingly often, many times with valid points. Sometimes the story does not completely back up the headline. Other times, the headline is inaccurate, or repeats a falsehood made by a politician (without noting that it is false). Most often, the language is just imprecise.

To cite one example that should not have slipped through: A Nov. 16 story (the digital version of a Morning Edition interview) that was originally headlined "Election Result Vindicates African-American Trump Supporter," and included in the text that the pastor "stands vindicated today."

As reader Jonathan Reich of San Luis Obispo, Calif., pointed out, "How does Trump's election vindicate Scott? Does Trump's election somehow mean that Scott's critics were wrong? To 'vindicate' is to 'clear (someone) of blame or suspicion' or to 'show or prove to be right, reasonable, or justified'. "The use of the word," he wrote, suggests "that simply because someone wins an election, that winner's supporters are justified in their views."

Are these critical errors? No, at least for those headlines where the facts are not in dispute. But as even the imprecise headlines add up, I would argue that they do undermine readers' faith in NPR's journalism.

Headlines matter now in a way they never did before. As Felix Salmon wrote in NiemanLab's Predictions for Journalism 2017, "even with the best-crafted headline in the world, for every person who clicks on it, there are hundreds, if not thousands, who see it, digest it, and simply move on. People get their news from headlines now in a way they never did in the past, just because they see so many of those headlines on Twitter and Facebook."

NPR is posting fewer clickbait headlines, which is a positive development. But, too often, NPR posts headlines in the form of a question. There were more than 250 question headlines posted in 2016, a number of them inappropriately asking questions that the story had already answered. (I wrote about one such particularly unfortunate one in November.)

NPR's headlines are not the only element that too often needs fixing. The Corrections log documents basic errors of fact that are also slipping through, from name misspellings to math errors, as standards editor Mark Memmott admonished the staff in September.

As I wrote in my own NiemanLab prediction, reader and listener trust "depends on the details," and I expressed a hope that journalists would put "a renewed emphasis on the fundamentals."

So here's my suggestion for NPR: It should hire another copy editor, those wonderful newsroom employees who are often the last people to see a story and whose close attention to detail prevents many errors, and add all-important nuance.

As it is now, the newsroom has just three copy editors (one position is temporarily unfilled) overseeing all the written output on NPR.org, some 45 to 50 pieces per day (that number includes transcripts of radio pieces, but those pieces include headlines and web-only introductions that need quality control, as well).

Major pieces — investigations, deeply reported packages of themed stories and the like — get a thorough vetting in advance. Stories also get a good scrutiny before being published to the web home page. Still, the majority of NPR's daily digital offerings are looked at by a copy editor only after they are published. That's a stark difference from the procedures at most newspapers-turned-digital-publishing-entities at which I've worked, and reflects NPR's radio roots, where the web copy was originally an afterthought to the on-air piece.

But NPR is no longer just a radio operation, and has not been for some time. As Sara Kehaulani Goo, NPR's deputy managing editor for digital news, and Patrick Cooper, director of web and engagement, told the newsroom recently, NPR had a record audience in 2016 on the digital side. Average monthly users of NPR.org jumped 22 percent, to 36.6 million, from 30.1 million in 2015. November 2016 was a record month, pushed along by the election, with 58 million users.

Based on conversations I've had with the newsroom, beefing up the copy editing staff does not seem to be a near-term possibility. "At the moment, I don't have a budget plan that includes additional anything, really," Scott Montgomery, NPR's managing editor for digital news, told me. (He has requested more copy editing staff in the past, along with other positions.)

Nevertheless, "quality assurance" is one of his three priorities for 2017, and he has other ways he hopes to get there. As part of unrelated changes coming in the newsroom, Montgomery said, his team and Memmott have already started doing a review and rethinking of the news flow for web copy, that is, the path by which a story gets from conception to online publication.

"The volume of content versus staff is part" of the challenge, he said, "but the other part of it is, we really think we can be doing more review with the existing staff," to bring more "predictability and consistency" to headlines, in particular. "Some have been fussed over and some have not," Montgomery said.

One challenge is the large number of newsroom employees who have permission to publish content online, with or without editorial review. "It is a matter of routine, in the interest of speed and trying to get things out to the audience and engage the audience, that lots of people have the ability in different units to publish," Montgomery said. "Frankly, it can make me uncomfortable sometimes."

So, he added, "One of the things I think we have to do culturally is make publishing on the website to be kind of a big deal," and to ask newsroom employees to "take a breath and make sure we're doing it well."

I applaud these coming changes, even though they may not obviate my wish for more copy editing staff. "I think that there is room for us to do much better with existing staff. I'm not going to argue that we wouldn't be ultimately better off with more resource in that one particular area," Montgomery said.

I understand that budgets are tight across the newsroom, and I could name a half-dozen other additions to the staff that would make NPR's journalism even stronger than it is. Montgomery's plans are potentially a solid start, but when budgets reset for fiscal year 2018 (beginning in just a little over eight months) I hope the request for another copy editor will be both renewed and approved. NPR has great ambitions for its journalism and it needs some basic infrastructure to make it as solid as it should be.