Accessibility links
Can We See Some ID? : NPR Public Editor The political leanings of guests, and think tanks, are often under-reported.

Can We See Some ID?

Can We See Some ID?

The Ombudsman's Office awoke last week to this email from a Baltimore listener: "Good morning. Please forgive the stark phrasing. I love NPR but am becoming desperate at the lack of context and institutional knowledge in the morning rush for 'experts.'"

This listener was concerned about a Morning Edition interview with Stephen Moore of the Heritage Foundation (more on that later), but her concern echoed a regular stream of complaints from listeners (and less often, readers of NPR.org) who question how NPR identifies (or doesn't) the many experts who are guests across its newsmagazines. 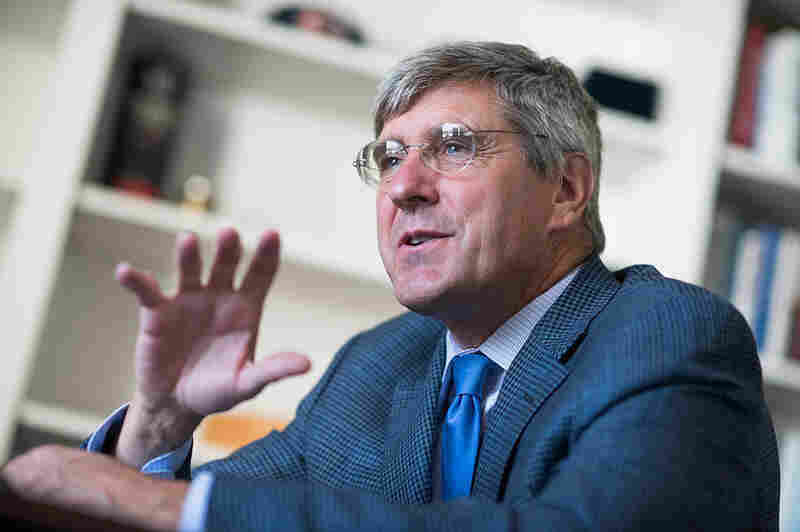 Stephen Moore of The Heritage Foundation is interviewed by CQ in his Washington office, in August 2016. Tom Williams/CQ-Roll Call,Inc. hide caption 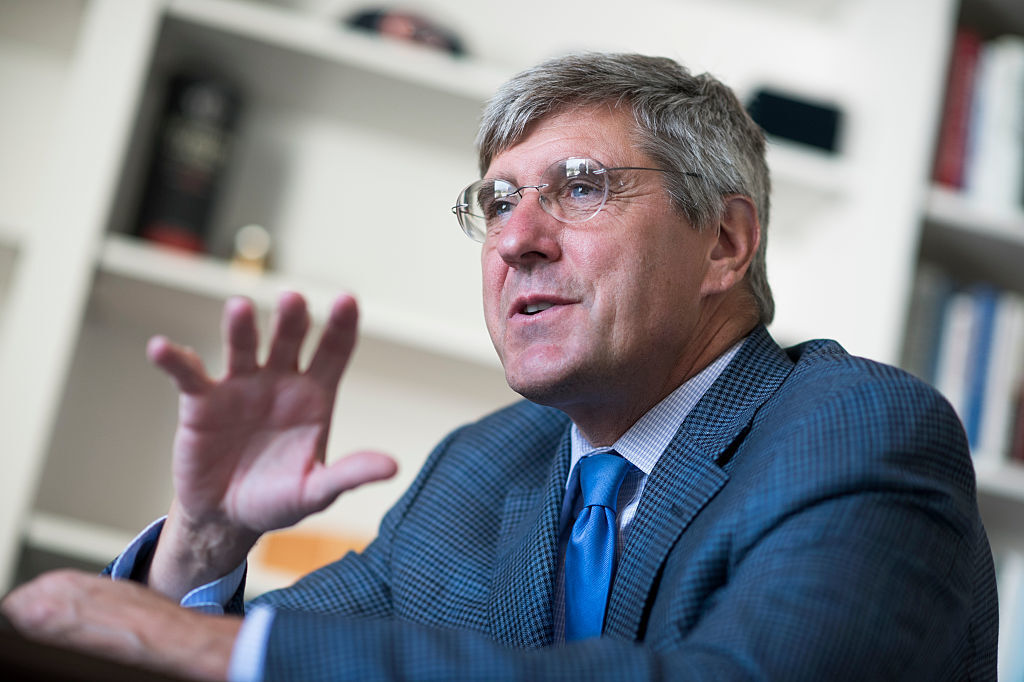 Stephen Moore of The Heritage Foundation is interviewed by CQ in his Washington office, in August 2016.

While NPR is sometimes quite good at providing sufficient context – see this description of the Open Society Foundations – at other times the ID is perfunctory, labeling a think tank or speaker by the very broad terms of "liberal" or "conservative." That is sometimes sufficient, but more often it says very little. Sometimes the person's history is only partially identified, with key information missing. And sometimes NPR just doesn't ID the guests at all.

Moore, for example, has been a frequent NPR guest since the November election. But when he is asked to comment on President's Trump's economic and tax policies it is insufficient to simply note that "He's with The Heritage Foundation. And he advises Republicans on economic policy." NPR should also note that he was also an adviser to Trump in the past, and that the Heritage Foundation had extensive influence, by Moore's own accounting, on at least parts of Trump's proposed budget outline.

As one San Francisco listener wrote: "When interviewing people who are affiliated with markedly right- or left-leaning institutions, NPR should identify that lean in its introduction of the speaker. An expert from the Heritage Foundation is not offering an unbiased opinion; he or she is offering a page from the playbook that GOP politicians have been provided."

Similarly, when veteran intelligence official and former CIA director James Woolsey is a guest commenting on Trump's first 100 days, it is not enough to simply note that he was an adviser to the Trump transition. Listeners need to hear the context that he quit the Trump team, amid tensions with the incoming administration.

None of that context takes away from either interview; both guests proved thoughtful, and did not slip into vague talking points. But NPR, which is still often accused of living in the Washington Beltway bubble, owes listeners as much context as is possible to slide in within the confines of limited radio time. In these and other cases, adding a few words would not seem a stretch.

In the years since that report, the role of think tanks in the country's policy debates has only gotten more complicated. Deep-pocketed individuals, such as the Mercer Family Foundation, and corporations, such as JPMorgan Chase, have poured money into them, blurring what had been their more traditional research functions.

The newsroom is aware of the issue. NPR's standards editor, Mark Memmott, issued this guidance to reporters and hosts in August 2016:

"[We] have to be looking at the connections experts from think tanks, universities and other institutions might have to interest groups and others.

That means, as we said above, asking questions such as:

- Who's funding your work?

- Who or what organization has supported you in the past?

- Who paid for the study?

- Is your organization (or school or think tank) taking any money from a corporation or organization with an interest in the issue?

- Are you lobbying or advocating on this issue?

If someone won't answer such questions, that's a red flag."

This guidance came a few months after allegations that NPR had bought into the "echo chamber" the Obama administration said it created to help garner support for the Iran nuclear deal. While our investigation found that NPR's reporting was not swayed, it was clear that NPR's audience was not sufficiently informed of the connections between the Ploughshares Fund (which "wired a highly effective network, financing and coordinating the efforts of scores of diverse organizations and individuals" in favor of the deal, and was also an NPR funder) and several experts who were interviewed by NPR.

In recent weeks we did a quick analysis of six months' worth of NPR's newsmagazines (Morning Edition, All Things Considered, and their weekend counterparts) through Feb. 1, 2017, looking at whether the descriptions of the think tanks most often quoted in the broadcasts adequately described the institutions' political leanings. Our gauge was whether the given information would help the listener reasonably understand where the expert's bias lay.

Our conclusion: roughly 40 percent of the citations do not include sufficient identifying material, particularly on the radio. Online reports, where space is unlimited, far more often included sufficient identification.

One example of how it should be done was this piece that included an interview with Frank Gaffney, founder and president for the Center for Policy Studies and a leading anti-immigration advocate. It had plenty of background, so readers were well informed as they evaluated his arguments. Providing background information is especially important when listeners hear from people like Gaffney, who represent unfamiliar organizations with vague-sounding names.

NPR should do better. It serves its audience by giving them a wide range of viewpoints on the important issues of the day. But the audience also is best served when NPR provides adequate context for those viewpoints.

Mark Memmott, NPR's standards and practices editor, agreed, writing in an email, "Your analysis underscores how we need to work harder at revealing the political leaning or political experience (past jobs, for example), of the people we interview. Just as we are careful to note the political parties of politicians we speak with, we need to be more consistent on identifying the leanings of the experts and think-tanks."

A previous version of this column overstated the role of the Ploughshares Fund in supporting the Iran nuclear deal. The organization's president, Joe Cirincione, says it did not coordinate the Obama administration's messaging on the deal, as the column stated.