Doubling Down On Language And Style

Doubling Down On Language And Style 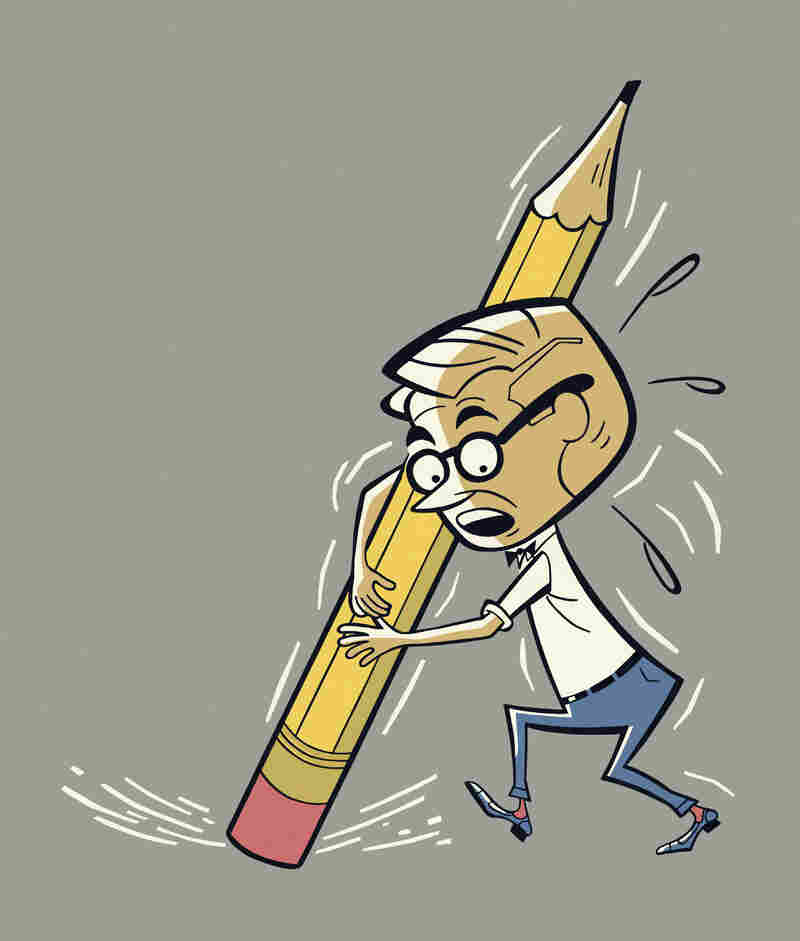 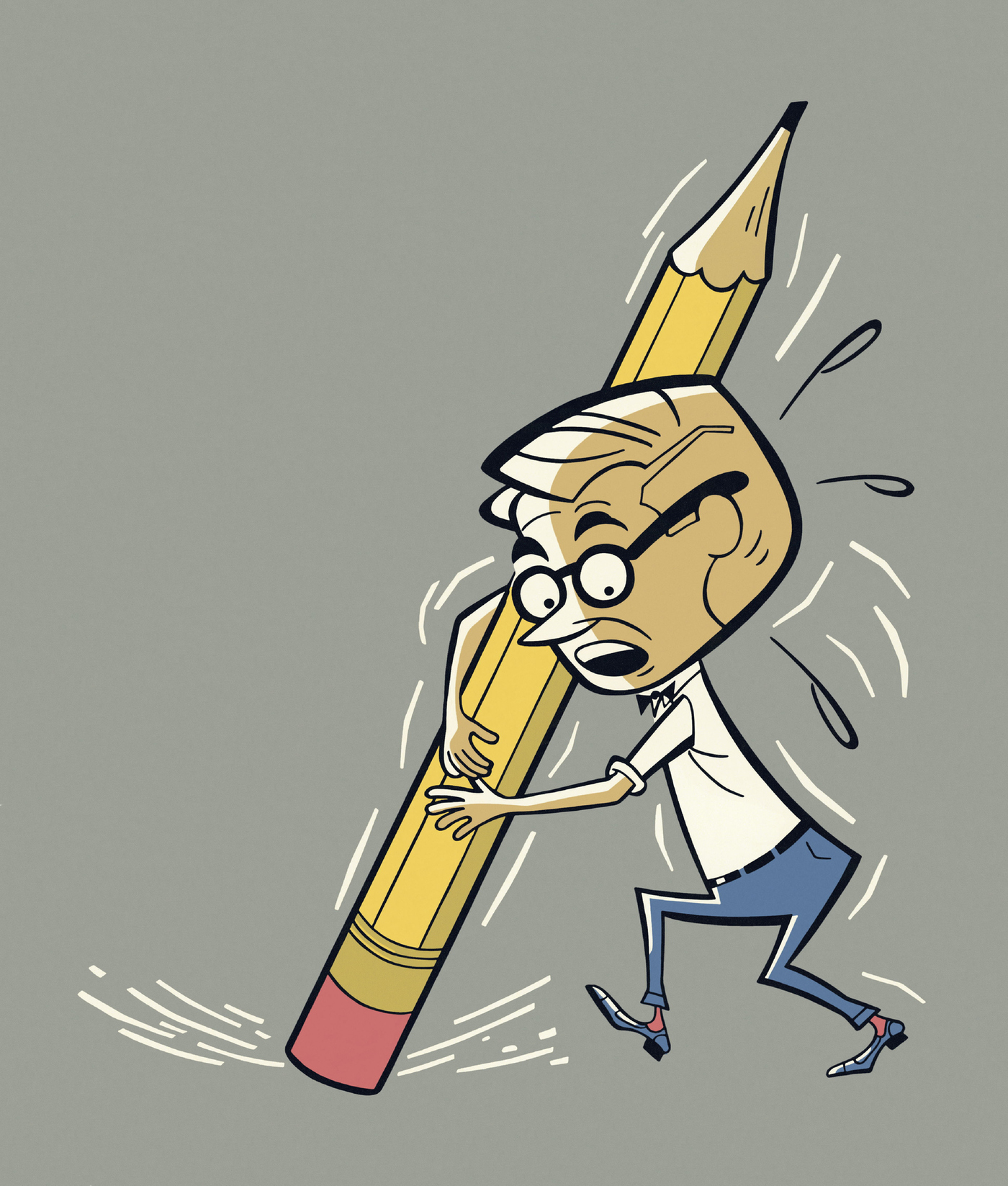 According to NPR's style guide, these words are to be avoided — or used sparingly — by NPR reporters and hosts when discussing the issues in which they are likely to come up (immigration, health care, abortion rights). But sharp listeners and readers note that all have been used in recent weeks, either on-air or online (by staff, not just by people being interviewed).

Like all trustworthy major newsrooms, NPR has an editor who oversees standards and practices, Mark Memmott. But in NPR's case, following his guidance on language in particular (he also helps the staff work through other ethical issues) is largely on the honor system; unlike many newspapers, very few of NPR's online pieces get copy-edited in advance of posting. And, of course, reporters and hosts are often speaking live when they are on the air, so following the guidelines is up to them, and sometimes they slip when on deadline covering breaking news.

Some of the language guidelines are not being consistently followed; ditto the guidance on how to best identify guests so listeners and readers can better evaluate their perspectives, an issue we addressed last month. Everyone in NPR's newsroom should pay attention to this matter. It is likely to get even more important in the coming years as NPR increasingly turns to reporters at member stations to cover some stories, since those stations often have their own guidelines that differ from those of NPR.

Adherence to standards is a concern of many listeners and readers, who care deeply about the words NPR uses, as they should. In the past three months, complaints that NPR is biased in favor of or against the Trump administration have dominated the Ombudsman inbox (which is just one of the many ways we get listener and reader feedback). Complaints about the very broad topic of "language" have run second, and many of those relate back to perceived bias, as well.

In some cases, certain words should be avoided because they are those of advocates for or against an issue. Guests can use them, of course, but NPR's journalists are expected to avoid politicized language.

That's why in early March, a memo went out to the NPR newsroom from Memmott saying that the term "Obamacare" had become both too politicized and too confusing and should be used sparingly.

For starters, when referring to the law enacted during the Obama administration, it is best to use "Affordable Care Act" on first reference before explaining that it's also known as Obamacare. A recent survey (Feb 2017) showed that a third of the public thought the Affordable Care Act and Obamacare were two different things (17 percent) or didn't know if they were the same or different (18 percent).

But listeners continued to hear — and object to — the use of the term for weeks after the guidance was issued. A listener named Bonnie, from Atlanta, wrote in May: "Your announcers and journalists do all of us a disservice by using the term 'Obamacare' rather than the proper term 'Affordable Care Act.' Are they just lazy or do they want to keep things stirred up? Please urge all of them to use the proper term — it is more neutral and less divisive."

"Undocumented," meanwhile, has popped up close to a dozen times in stories, on-air and online, in the past two months. (NPR's guidelines call for replacing that label with words that more clearly describe the person's actions, such as "an immigrant who is in the country illegally.") Likewise, the use of "pro-life" by reporters has drawn complaints.

I asked Memmott about this issue. His response:

"I often think about this line in our Ethics Handbook: 'Journalism is a daily process of painting an ever truer picture of the world.'

The words 'daily process' and 'ever truer' are key.

The journalists here pay a lot of attention to the words they use. They do listen to the guidance coming from the editors. Do they always get it "right?" No. But I know that in the daily process of trying to paint an ever truer picture of the world, they more often than not do remember and follow the guidance."

Memmott said he hears phrases such as "immigrants who entered the country illegally," more than those referring to "illegal" or "undocumented" immigrants, adding, "Maybe I'm so pleased to hear the former, rather than the latter, they stand out. Our language around some other sensitive subjects — abortion, for example — is almost always precise. There's been a lot of hard thought and work around avoiding stories that "otherize.' We've internalized, I think, the best ways to stay on top of breaking news without getting ahead of our reporting. That's especially difficult."

As for how to be more consistent, Memmott echoed what Scott Montgomery, then NPR's managing editor for digital news, told me earlier this year. "We do need to make 'quality assurance' a top priority, and acknowledge that sometimes we need to 'take a breath' before publishing. In May, we filled one of our open copy editor positions. I can tell you, based on the editing traffic I see, that's already improved our attention to detail."

He added that the standards are reinforced "every day; in conversations and emails and at meetings," but the newsroom can't guarantee something won't slip through.

The changing role of editors has been of much debate in the journalism world in the past week, after The New York Times made a major change to "streamline" the editing of its stories; in essence, this means the paper will have far fewer editors reviewing stories before they are published. My own view is that small errors, if not caught by editors or reporters themselves, contribute to the culture of mistrust of the media. Preventing such errors could help reverse that long-term problem. It's not a time to ease up.

I'll give Memmott the last word: "We're talking a lot these days about the 'culture of journalism' at NPR and its member stations. It's a culture based on doing the best job, every day, of painting that ever truer picture of the world. The standards we establish and the language we use are critical to fostering that culture. We'll keep working on it."