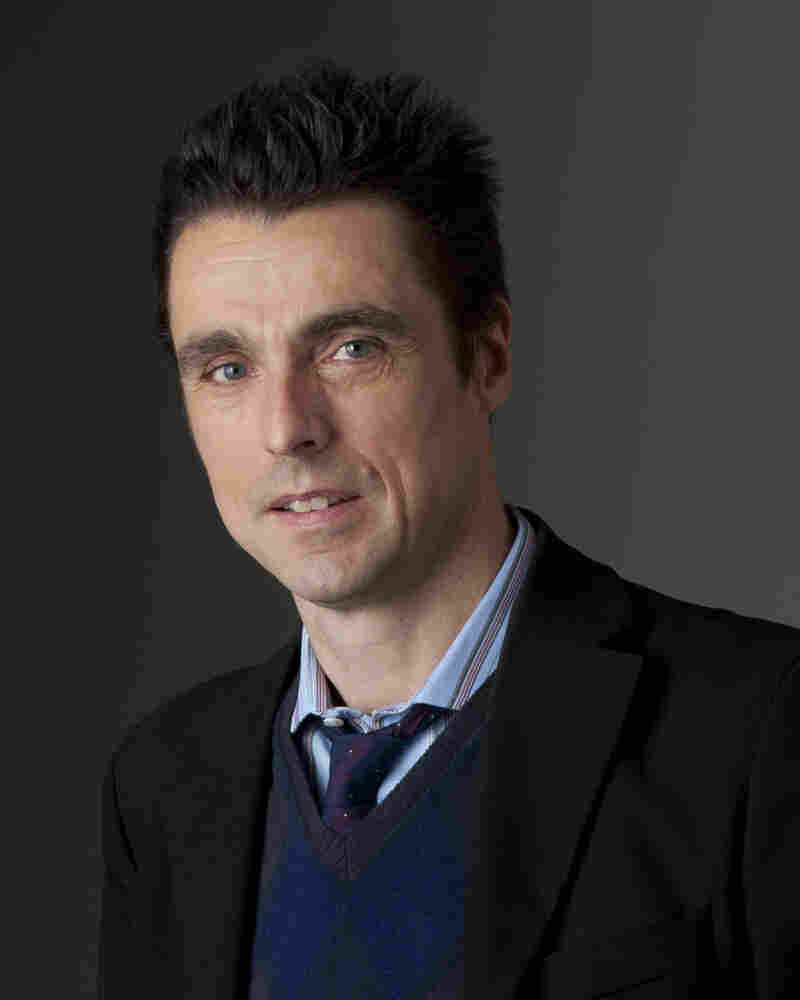 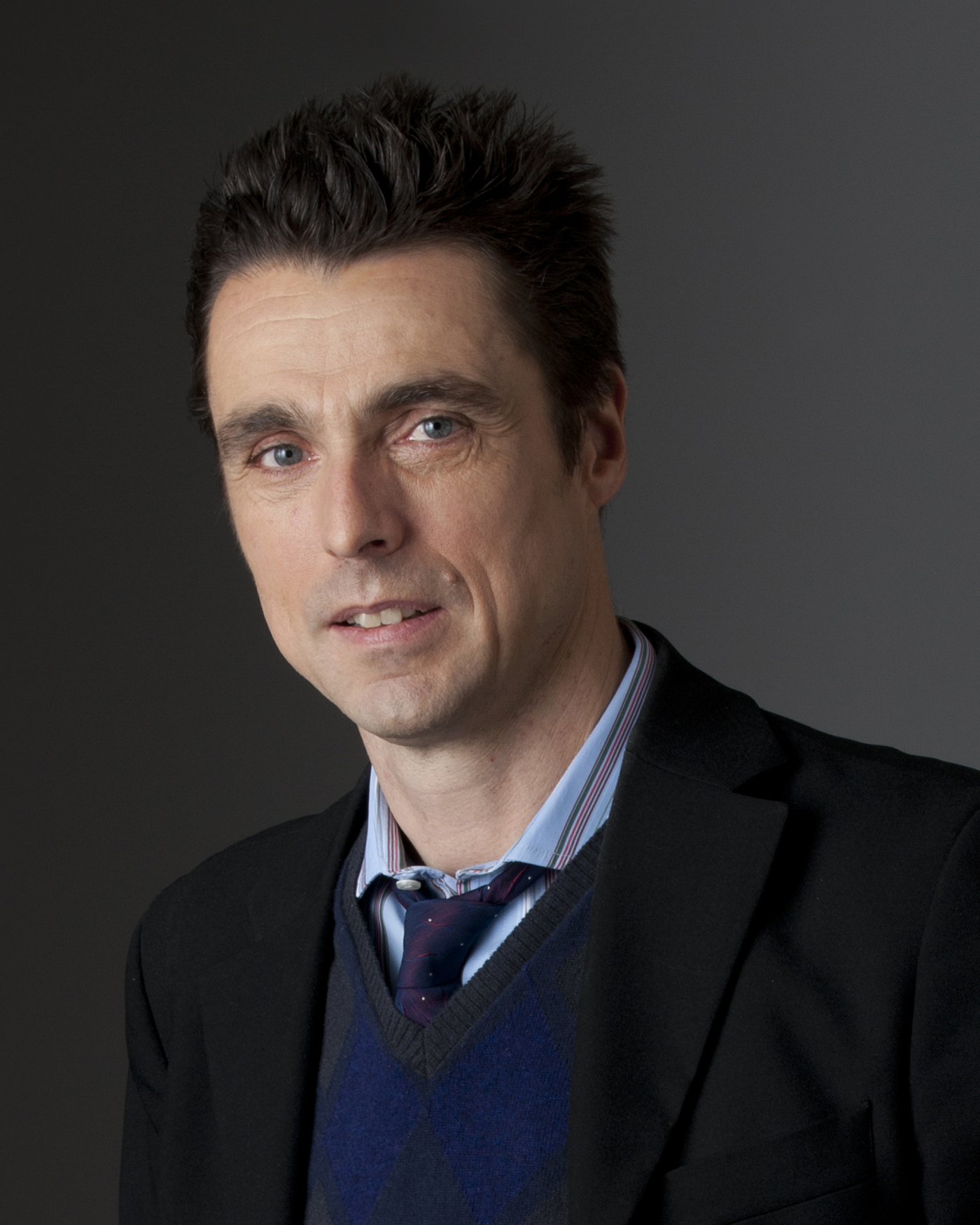 NPR's news operation is a team effort. But a newsroom can't abruptly lose its leader — as NPR did in November when Michael Oreskes resigned under pressure amid allegations of sexual harassment — and expect to bounce back quickly or easily. More disruption could be on the way, as well, given that NPR has announced internally that it will search for a new newsroom head, who — unless she or he is already at NPR — will likely come with his or her own priorities and vision.

Christopher Turpin is in the challenging position of overseeing this interlude period. A 17-year NPR veteran, he has been there before, as interim head of NPR's newsroom for a stint in 2014-15. When Oreskes, formerly of The Associated Press, was named to the top post, Turpin was named his deputy. He took the top spot again after Oreskes was pushed out. I have been impressed at how quickly he and his colleagues have moved to regroup, even as uncertainty looms.

I asked Turpin to walk me (as a proxy for listeners) through his priorities for the year ahead. He started with reporting priorities: "We want to focus on trying to do more high-impact reporting, more unduplicated reporting." In other words, break stories and commit resources to journalistic endeavors such as investigative and enterprise reporting. The latter involves a broad range of reporting, including digging beneath the surface of the daily news and looking for developments and trends that deserve greater public attention.

That idea has been discussed internally for some time; I (and others) wished for more such reporting during the 2016 presidential campaign, since NPR certainly has the reporting and editing capability to do high-impact work. But it's an ambitious goal, as Turpin quickly acknowledged; the newsroom, like others, continues to maintain a punishing schedule just keeping up with the relentless number of stories coming out of Washington.

Turpin called the newsroom staff of about 375 people (that compares to approximately 1,300 at The New York Times) "overstretched and arguably under-resourced for what we're doing. It's a little miracle every day that we put out the coverage that we put out. The natural response is, where's the time and space to do that, when we're also having to focus on this firestorm of breaking news every single day that I also believe we have to keep pushing on. We can't let that go in order to do enterprise reporting."

The shift has already proven doable, he said. Last week, NPR put forth, among other stories, a major investigative series on sexual assault of people with intellectual disabilities, a report on why states are worried about changes to 529 college savings plans, and a thoughtful piece on if and how sexual harassers find redemption. All that while covering the fight over the DACA program, the revocation of Temporary Protective Status for El Salvador, and the uproar over reports of the president's profanity when discussing which immigrants should be allowed to enter the U.S.

NPR is already bulking up on staff to cover Washington. It announced just after the new year that Asma Khalid would return to NPR to cover the political impact of America's changing demographics, and Tim Mak, formerly of the Daily Beast, would join NPR to cover "movement conservatism," among other topics.

NPR is also in the process of hiring a fourth White House correspondent, which is twice as many as the company assigned to cover most previous presidents. The team investigating Russia's alleged interference in U.S. elections will remain in place at least through the first quarter and most likely beyond, depending on the news.

One particular area of focus will be election security. "It's an area that plays to our strengths, and the strengths of member stations, and we have people in states who can look at this and cover it," Turpin said, adding, that "it feels very true to our mission to be looking at the safety and security of our election process. That has a kind of public service mission to it."

But to make room for the enterprise reporting, he said, "We're also going to have to make some smart decisions about what we stop doing." He did not elaborate, partly because those newsroom conversations are just starting.

But he did say: "It's about every desk, every show, every platform thinking about what are the really essential stories that they need to be telling, what are the stories we need to be focusing on and what editorially can we leave behind and not do. Where do we want to be more efficient about aggregating and using material from other people and other organizations that will save our own reporters time that could be more valuably spent doing the kind of original work we want to put more value on." That could mean, for example, interviewing reporters from other news organizations when they break a big story rather than trying to match that story in-house.

As an aside, listeners will also likely hear more about it when NPR does produce work that deserves attention, he said, as it focuses on better promotion. In the past, he said, NPR would, say, "Put something out on Morning Edition, it goes out into the world and then it's gone." Going forward, he said, NPR wants to make sure reporting it is proud of reaches the widest possible audience.

A second priority, Turpin said, is to continue work that began in earnest last year to make greater use of the public radio network by more closely tying local stations to the national newsroom through a series of regional reporting hubs. The first is expected to launch in March, with another two coming later in the year. If it works, he said, the initiative will improve "local, regional and national journalism." (There are major challenges to this work, as NPR and the stations work on common editorial standards to guide their work. I'll have more on that initiative in an upcoming column, but Turpin acknowledged, "It's not going to be easy.")

The coming year will also be one of further evolution in NPR's tone, with the early January retirement of Robert Siegel, one of the baby boomers who built NPR. "Robert's retirement puts the point that we're at a moment of generational transition at NPR," Turpin said. "We live in a less formal age and we need to reflect that," while still maintaining journalistic quality. Specifically, he has been working to "infuse the newsmagazines with some of the energy and dynamism that's come out of podcasting," but "without changing them so fundamentally that they are unrecognizable to people."

One specific change that could be coming: NPR is talking to its member stations about making another round of changes to the Morning Edition "clock," the minute-by-minute formatting that determines how long stories run, the timing of newscasts and promotions and when local stations can add their own news. The last change to the clock in November 2014 led to many listener complaints that stories are now too short, and that the hosts must constantly cut off live interviews. At the moment, he said, NPR is soliciting feedback from stations about possible changes, but I am encouraged that clock changes might be forthcoming.

Finally, in a reference to the internal conversations that were convened following the ouster of Oreskes, Turpin said, "we need to make sure that the newsroom comes out stronger from the mishegoss of the last few months. We need to really re-evaluate the culture. We need to think about what that means for the newsroom. And what that looks like."

Specifically, he said, announcements are coming soon about NPR's use of temporary employees, who have been a mainstay of the newsroom for years. He said, "A) there were too many of them and b) we weren't doing a very good job of looking after them and making sure they were integrated into the organization. We're going to announce some steps very soon around that" which will include better training, and possibly evaluation systems "so they know where they stand and what they need to work on so they don't feel that they're just wandering around the building without ever getting any feedback." Additionally, NPR is looking at whether it should make some of the temporary positions into full-time staff jobs, he said.

He added, "I'll be blunt about this as a longtime manager: We need to be a better managed company. All of us who are managers need to better understand what our responsibilities are and we're committed to working at that. It would be a terrible tragedy if we get to the end of next year and we don't feel universally in every corner of the newsroom and every strata of the newsroom and beyond that we don't feel we are collectively better, healthier, happier place."

All that said, Turpin clarified that he didn't want to overstate the discord. "We have a wonderful culture; people come here and they stay. I joke that I've been here 17 years and I'm still regarded as a newcomer. But I think this has been a wake-up call that we can't take it for granted."

Why do those issues matter to listeners and readers? They speak to NPR's ability to recruit and retain the best employees, and to reduce staff turnover. Stability, it seems to me, is one key to maintaining high journalistic standards. Turpin said: "We want to make sure this is a place people really want to work at, we want to retain really great talent, and we want to be seen as a model workplace."

Turpin also shared some thoughts about a related issue, newsroom diversity, which I will include in an upcoming column on the topic.