Accessibility links
In The Quest For Comment, Hurry Up And Wait : NPR Public Editor When reaching out to a source for comment, how long should a reporter wait for a response?

In The Quest For Comment, Hurry Up And Wait

In The Quest For Comment, Hurry Up And Wait 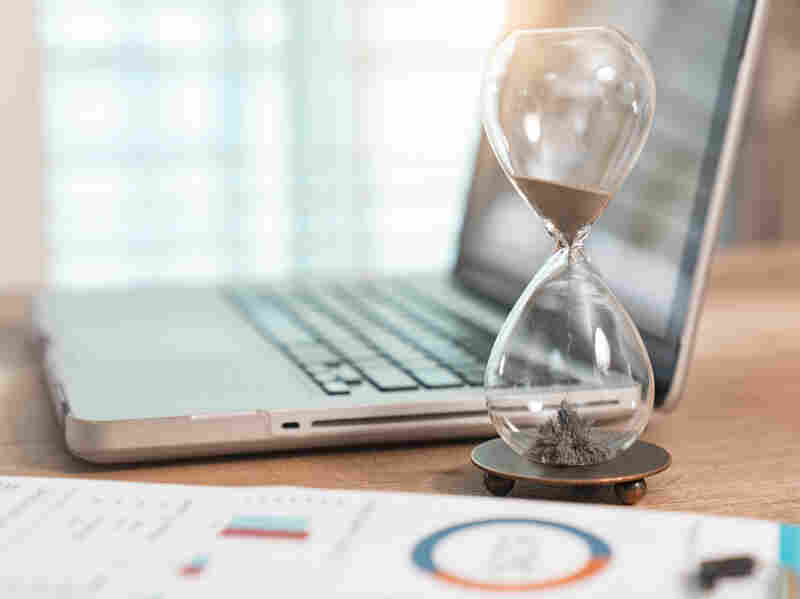 A story breaks. An NPR reporter writing an online story (not a radio newsmagazine report, where there might be a firmer deadline) attempts to contact a subject of the news. How long is a reasonable amount of time to wait for a response before posting the story at NPR.org without one?

That debate is at the bottom of a complaint about an NPR story that ran last week. It is also a question newsrooms are facing daily in the #MeToo era as accusations against public figures proliferate.

The complaint was lodged about a May 18 NPR report on a very detailed lawsuit alleging sexual misconduct by Boyd Tinsley, best known as a longtime member of the Dave Matthews Band. The reader (who asked not to be identified publicly) argued, "To publish so many salacious details at length, and to only say that Tinsley's people couldn't 'immediately' be reached for comment is shoddy one-sided journalism."

The story was published at 3:06 p.m. ET, or two hours after email requests were made to Dave Matthews-related publicists, according to a timeline provided by reporter Anastasia Tsioulcas. The story was updated less than an hour and a half later, "within minutes" of NPR receiving a statement from Tinsley (via a publicist), said Andrew Flanagan, the editor of the piece.

Newsrooms want to be timely; they also want to be fair. In my experience, if someone responds to say they are working on a statement, most journalists will wait to publish so they can include it. But often, there's simply no response. Does that mean the request for comment hasn't been received, or is being ignored, or is being processed? It's impossible to know.

I asked Mark Memmott, NPR's standards and practices editor, who sets newsroom policy, for his thoughts on how long a wait time is enough. The question, he said, is how to find "that balance between giving people the time to react but also keeping our audience informed." And, he said, as with so many ethics questions, the answer is, "it depends."

The factors, he said, include whether the person at the heart of the story is a public figure and how public the story already is.

For example, NPR received a complaint concerning an April story (which had nothing to do with #MeToo) about a ruling by Boston Marathon officials regarding transgender runners. The complaint came from a subject of the piece, who felt 90 minutes was not enough time for her to respond (instead, NPR used comments she had made to another publication).

The subject of that story was not really a public figure even though she had previously been featured in the other publication. The news was timely but not breaking; the marathon was more than a week away. In that case, 90 minutes seemed perhaps too short, Memmott said.

The Tinsley story was a far different case because detailed and disturbing allegations were being made against him.

According to the timeline provided by Tsioulcas, the lawsuit was filed May 17; that same day, the music site Consequence of Sound published an interview with the accuser. Many publications published stories about the allegations (with no comment from Tinsley). Tinsley was fired from the Dave Matthews Band that evening (and made no public comment at that time).

NPR began discussing doing a story the following morning, based on the court documents that had been posted publicly. As I noted earlier, the NPR story posted at 3:06 p.m. ET and was updated with comment from Tinsley at 4:30 p.m. In his comment, he called the accusations "false" but did not offer a detailed rebuttal.

Memmott said he was comfortable with how NPR had proceeded, and I agree.

The accusations had been public for close to 24 hours before NPR's piece was published. Tinsley is a public figure, and appeared to have access to professional public relations help. The Dave Matthews Band had fired him. The reporting team waited two hours before hitting the "post" button and immediately updated the piece when his statement was received.

Do accusers sometimes make false accusations? Yes. Does that mean NPR should not report on a lawsuit where the accusations are public? Again, that depends on the circumstances, as well. NPR did not cite independent sources. But in this case, his band had fired him. That's newsworthy in itself.

As Tsioulcas told me, "We collectively are wrestling with this a ton right now. Every few hours it seems there are new accusations against a public figure." Flanagan said, "Every time, we try to be as respectful to each party, while doing the reporting we need to."

I'm with the newsroom on this one. I don't see that it rushed to publish here. Now, having put the accusations out there, NPR does have a responsibility to continue to follow the outcome of the lawsuit, whatever it might be.