Accessibility links
Call The Midwives, But Ring The Doctors, Too : NPR Public Editor A piece from Planet Money's The Indicator essentially told listeners that they would have to trust the reporters on substantiation in a complex story.

Call The Midwives, But Ring The Doctors, Too

Call The Midwives, But Ring The Doctors, Too 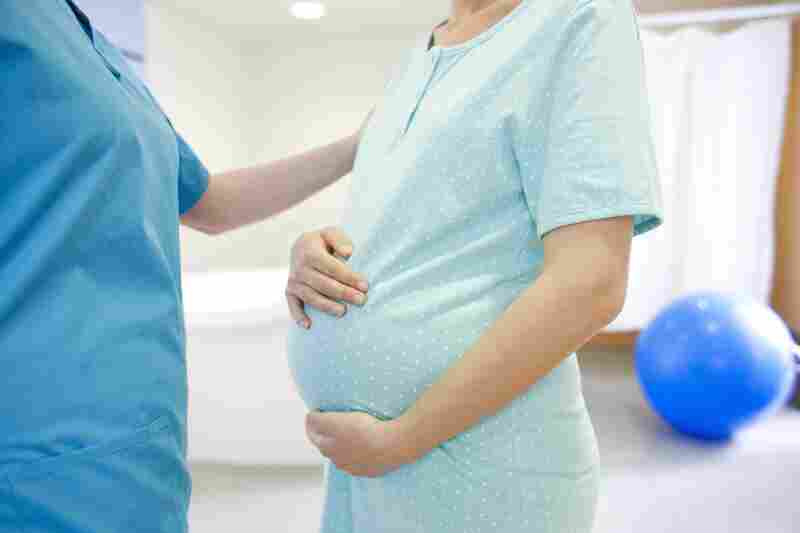 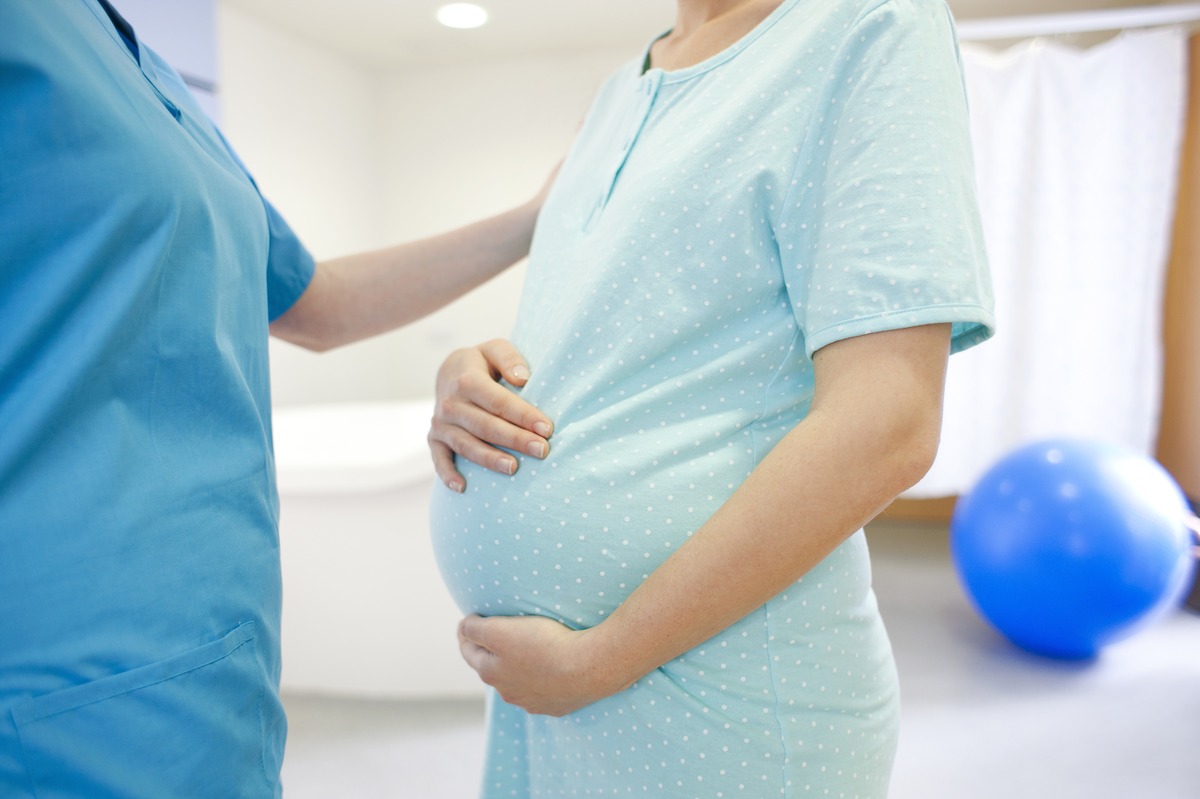 NPR's Planet Money team specializes in making complex economic stories compelling and understandable. That often means stripping stories down to essentials and using anecdotes as a story device (the "show, not tell" school of journalism). The approach, which is dependent on deep reporting and very precise and tightly constructed storytelling, has worked well for a decade.

So it was unusual that a recent report for Planet Money's The Indicator podcast — which looked at the implications of the licensing of certified professional midwives in Alabama — generated a good number of complaints (most of them were directed to Audience Relations, but a couple came to my office).

The news hook for the report was 2017 legislation making it legal for certified professional midwives to deliver babies in Alabama, once a newly created licensing board is functioning. As a result of giving pregnant women more options for delivering babies "and because vaginal births cost less than surgical options like a cesarean section, that change could lead to some serious cost savings," according to the podcast synopsis, which added, "About a third of babies born in the U.S. are delivered via C-section. But a recent study suggests that number might be too high. More midwives could help get that number down, and cut healthcare costs."

That is a lot of serious policy dissection to hang on a nine-minute report (and an even more abbreviated report for Morning Edition that ran just under four minutes).

There were several threads of concern in the nearly two dozen emails. Some of the emails appeared to be part of an organized campaign within the medical community, which is notable since some professional medical associations had opposed the legislation licensing more Alabama midwives. But they were not form letters, and, taken as a whole, the complaints raised a number of concerns I felt were substantive.

As I looked at them, a theme emerged; all of them in some way pointed to shortcuts in the storytelling (and in one case, the reporting).

In what was the most serious concern for me, the piece opened with what's known as an anecdotal lead (or lede), in this case the story of Whitney Jones, an Alabama woman who had a baby five years ago. As paraphrased by the reporter, Julia Simon, Jones felt her doctor then was pressuring her to have a cesarean section birth. (Instead, Jones told Simon, she went against her doctor's orders and pushed during labor, delivering a healthy baby vaginally.)

A number of listeners pointed out that there are often very valid medical reasons why a doctor would tell a patient not to push. The NPR piece made only two tiny nods to that. As reporter Simon said later in the piece, "C-sections can be critical for high-risk situations, like a baby in distress. But for women like Whitney, who are low-risk, whose babies are low-risk, those women don't need them." There was also a later quote (in the podcast only) that was fundamentally about insurance costs.

NPR made no attempt to determine what Jones' doctor was thinking in this particular case.

Alex Goldmark, the supervising producer of Planet Money, commenting on behalf of the reporting and editing team, told me NPR did not contact Jones' doctor to ask him about the case. "We asked Jones about her medical condition during birth, questions like, 'Were you healthy? Were you in distress?' and she told us she was healthy and she was not in distress," Goldmark told me.

I am not casting doubt on Jones' account (to be clear, my concern is about the NPR reporting and editing, not about her story). And her doctor may not have been able to discuss the case due to patient privacy laws. But absent hearing his side of the story or other evidence that was not presented, NPR did not have enough information to make Jones its proxy for Alabama women who are pressured to have unneeded C-sections. At a minimum, the report should have disclosed that the reporter had not talked to Jones' doctor.

The problem was compounded by the fact that no one from the obstetrician community was quoted in the story, and the other three people quoted all advocated for more midwife use.

One was a certified nurse midwife, Sheila Lopez. That was another complaint that resonated with me: The piece failed to distinguish clearly between certified professional midwives and certified nurse midwives, such as Lopez, who have different training. Certified nurse midwives were already legal in Alabama. (The kicker of NPR's radio piece said Jones "went online and found Sheila Lopez, so she didn't have to cross state lines" for the recent birth of her second child. While factually correct, it's misleading; she never would have had to cross state lines, since Lopez, as a CNM, had been licensed all along, and the recent change to legalize certified professional midwives, the purported hook for the piece, was irrelevant in that case.)

Another person quoted was the CEO of a nonprofit that works with companies to reduce their spending on health care, and believes more midwives would help. The third was a doula at Alabama's Baobab Birth Collective. (Goldmark told me NPR found Jones "through doulas" in the state; a birth doula assists a pregnant woman before, during and shortly after she gives birth; they do not have medical training, but often have other certification.)

The frustration for me as a listener to these reports is that there is substantial evidence to underpin their thesis, that an increase in use of midwives, when appropriate, could cut down on the number of C-sections and thus cut health care costs. But the report essentially told listeners that they would have to trust the reporters on that key substantiation.

The main study backing up the reporting was also the subject of a very thorough NPR report in February. But Planet Money identified it only as "a five-year study published earlier this year" that "found midwifery use was associated with lower C-sections rates." Based on that scant information, listeners would be hard-pressed to track it down for themselves. There was no date, no lead author or publishing journal named, no link in the online version of the story.

One cumulative result of all the shortcuts taken in both the podcast and Morning Edition piece, as many emailers noted, was an overall demonization of obstetricians, an implication that too many obstetricians are pushing their clients toward C-sections purely for financial gain. (As one emailer pointed out, there could be other reasons for the high C-section rate, such as liability concerns.)

Planet Money's Goldmark told me that was unintentional. "The story was not about a conflict of doctors versus midwives, that was not at all the intent. It is about a change from the patient's point of view, specifically financial point of view, of certified professional midwives being available legally. So we thought the more pertinent voices would be those who have studied costs or experienced midwifery or are midwives. Inasmuch as it came across as though it was critical of doctors, yes, we should have asked a doctor to respond."

Goldmark added, "There are only so many minutes in a piece." I hear that often from the newsroom and I am sympathetic. It's difficult to tell complicated stories at a length that audiences will stick with (in the case of a podcast) or when there is so much other news (in the case of the newsmagazines).

That doesn't mean NPR shouldn't try, and, in fact, NPR generally (and Planet Money specifically) excels at telling complex stories well. But this is a form of journalism that is essentially saying to the audience "trust us," in an era when audiences are increasingly skeptical of what they read and hear.

My bottom line: I don't see anything that calls the substance of this report into question. But that's not good enough; storytelling matters, too. Too many shortcuts and the audience will lose trust.