Accessibility links
Plan To Reduce NPR Corrections Misses Target : NPR Public Editor The newsroom wanted to halve the number of corrections, but after three months, there's been only a little progress. 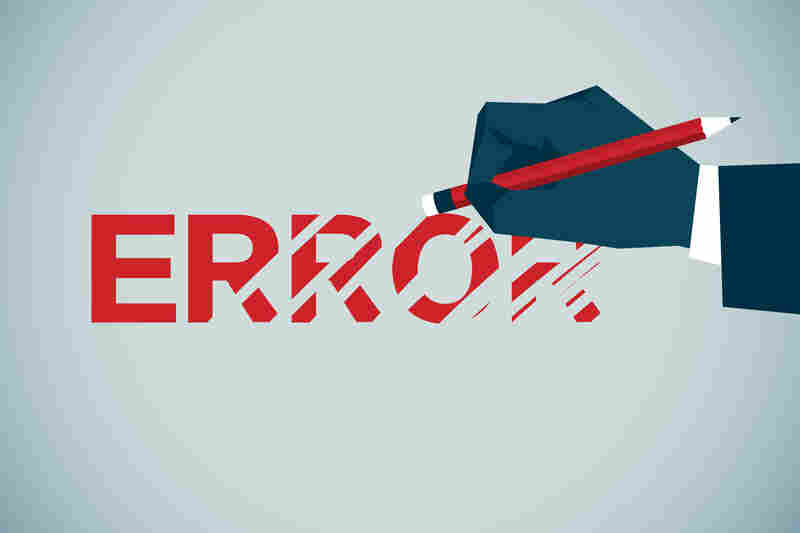 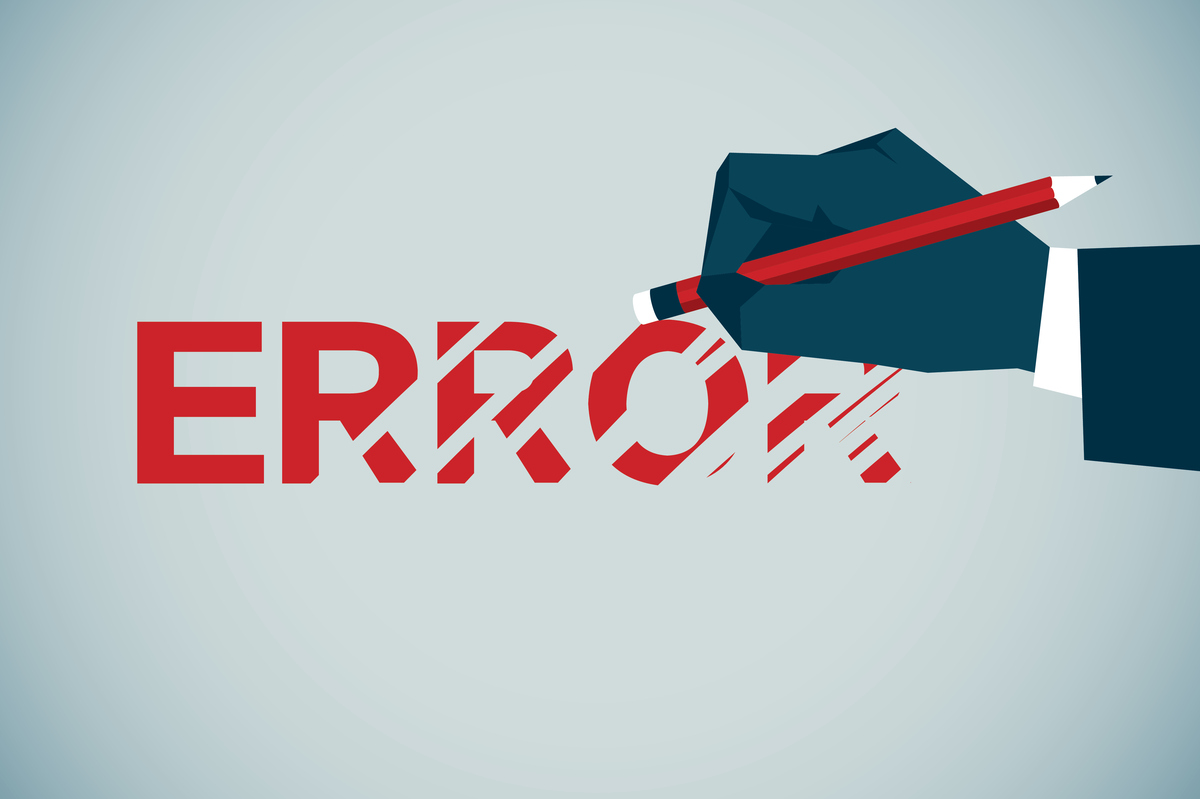 In June, the editor who oversees NPR's standards and practices, Mark Memmott, laid out what I called an "ambitious" goal: to halve the number of monthly mistakes. At that point, NPR was posting corrections at a rate of about 100 a month, which he called "unacceptable."

A new newsroom system was put in place. Memmott set a target date of October.

The result? In September, NPR posted 89 corrections, roughly the same as in July and August, and October so far has seen about 60 corrections. After three months of effort, the numbers are down, but Memmott's goal is not close to being reached.

Nor has there been a change in the kinds of errors: names that are misspelled, wrong locations, mistaken titles and what Memmott called, in a memo to the staff, "miscalculated numbers" and "mangled histories."

All journalists, like other people, make mistakes, but things like the spelling of a name should not be high on the list. Those are the simplest to check and don't take any time, even on a tight deadline.

Transparency On A Recent Major Error

On the other hand, major errors are relatively few. But one from last week is particularly worth examining, since it violated the fundamental principle that journalists ask someone for comment when they are the subject of a report.

John O'Connor, Washington correspondent for NPR member station WNYC, reported for All Things Considered on a U.S. House of Representatives race in New York, and said that Rep. John Faso "didn't respond to interview requests." As the correction states: "In fact, reporter John O'Connor did not make those requests to the congressman or his staff."

O'Connor told me, "My basic error was, I was moving too fast, trying to do too much at once. I didn't hit send on an email and made a human mistake and didn't contact the campaign." He added, "I regret the mistake." (Of note, O'Connor not only did not make one request but he also did not make more than one request, as he indicated on air.)

The report originated with NPR's Washington desk, not WNYC. Brett Neely, an NPR political editor who brought in the piece at the request of All Things Considered, said that O'Connor (not the Faso campaign) alerted him to the error. That is commendable; too many reporters try to hide their errors. Neely said an immediate on-air correction was made, as well as one online.

Neely said O'Connor was also directed to ask campaign officials if they wanted to comment retroactively. O'Connor said they did not want to.

Beth Donovan, NPR's senior Washington editor, said NPR has a protocol in place for reaching out to public officials. "Whenever saying a public official will not comment, our standard procedure is to check back with that official just prior to air. That protocol was not followed in this case," she said by email.

(WNYC newsroom officials said that after they learned about the correction they did due diligence on O'Connor's past work, and also spoke to Faso campaign officials. They said they did not find any patterns of previous misconduct, omissions or imbalances in his reporting. David L. Lewis, WNYC's metro editor, said the error in the report for NPR appeared to be an "honest one-off mistake, although quite a serious one." Faso campaign officials, he said, accepted the explanation and are holding no grudges. Lewis added that O'Connor was not aware of the policy to check back immediately before air but acknowledges that best practices would be to do so.)

Back to the error rate. What else can NPR do to bring it down?

Memmott told the staff that NPR is planning to hold training sessions on fact-checking and "share best practices" going forward. An internal Slack channel was also set up that includes all corrections, because "knowing what we've gotten wrong will hopefully help us avoid repeating errors."

As I've written before, another relatively easy, if more costly, solution is to hire several more copy editors to look over stories in advance of publication. This used to be standard practice in nearly all newsrooms, but has fallen by the wayside with the drive for near-instantaneous reporting in the Internet era. NPR is in the process of hiring an additional copy editor, which will mean the newsroom will have copy editing staff working seven days a week, but I still think more copy editors are needed.

Barring that, I'll quote myself from June, and make this plea to NPR's journalists:

"Mistakes undermine trust and credibility in a news outlet — and partisan forces are quick to invoke them these days as part of a coordinated political strategy of attacking the news media. For its own credibility, and to serve its audience, NPR can't afford to be making this many errors."

We'll check back on the newsroom's progress early next year.