Accessibility links
Considering All Things—Even Sex : NPR Public Editor Not all listeners wanted to hear about it. 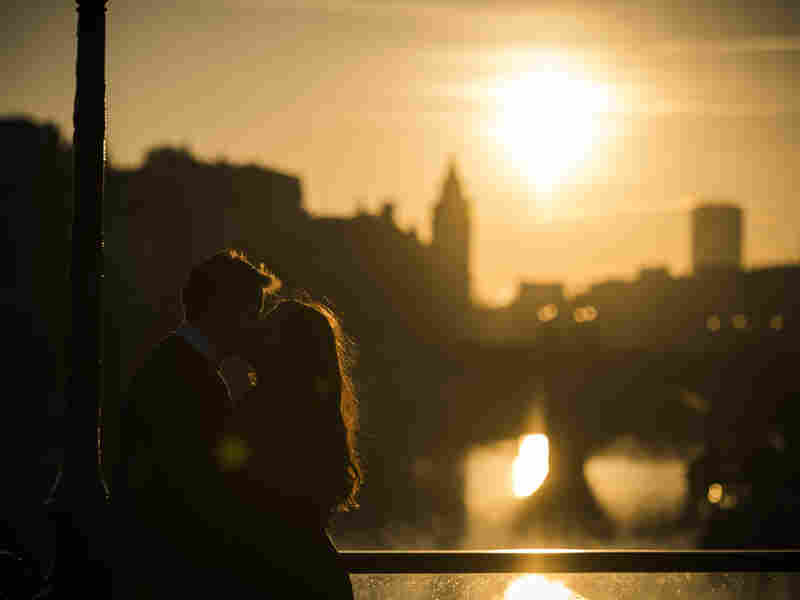 A couple kisses on the Pont des Arts bridge at sunrise, on January 6, 2017 in Paris. Lionel Bonaventure/AFP/Getty Images hide caption 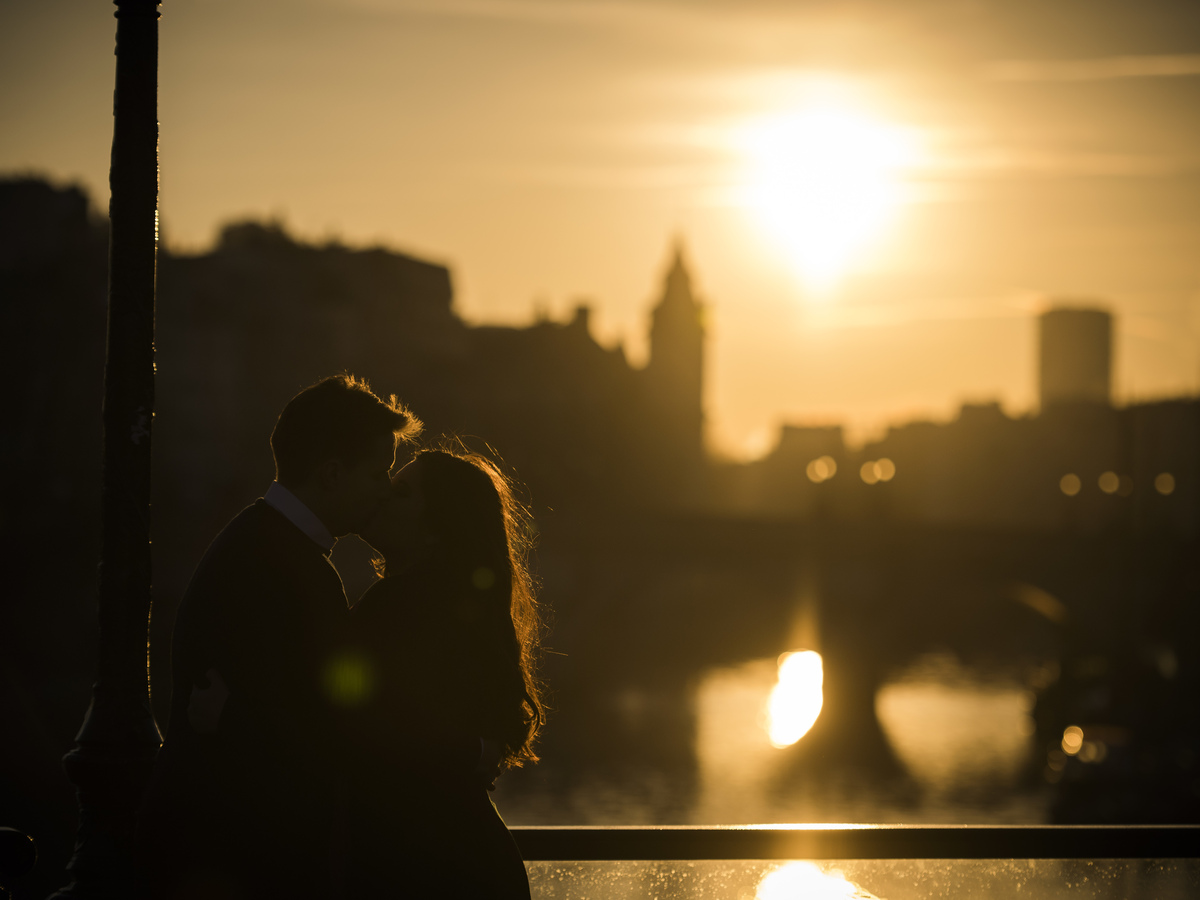 A couple kisses on the Pont des Arts bridge at sunrise, on January 6, 2017 in Paris.

NPR reports on divisive topics regularly. This month, it aired stories covering statewide abortion bans, the 30th anniversary of the Tiananmen Square massacre and claims made by Michael Wolff in his new book, Siege: Trump Under Fire.

But a recent series from NPR's All Things Considered sought to approach a sensitive topic differently from how it is usually covered in the news.

Producers from the afternoon newsmagazine created "Let's Talk About Sex," an eight-episode series that aired from March to May, to discuss sex and "the role it plays in our lives, our relationships and society," host Ailsa Chang explained in the first segment.

In the Public Editor's office, we heard feedback from listeners who weren't as enthusiastic about exploring the topic on the afternoon news program. One listener wrote:

I am not a prude, but [I] think that discussion of most sexual acts and behaviors over National Public Radio is inappropriate. In my opinion, All Things Considered does not mean that all things should be accepted for inclusion in your programs.

I spoke with the newsroom staff involved to address listener concerns and understand the newsroom's reasons for airing these stories.

The idea for the series bloomed from the desire to have "more constructive" conversations around sex, explained Supervising Planning Editor Jolie Myers. In other words, the intent was to be more constructive than the usual sex-related stories that dominate the news cycle — those of sexual violence and misconduct. Lead producer Alyssa Edes said, "[Sex] is a huge part of how our society is shaped, how our relationships are shaped, how our self-perception is shaped. And it's something that, frankly, we just weren't talking about on the radio."

The series included radio pieces on intimacy after menopause, a couple's decision to abstain until marriage, vignettes from a former employee's time working at a sex toy shop and LGBTQ+ sexual education in a small Michigan town, among others. Each piece included a content warning in advance for listeners; more on that later.

The listeners weigh in

The feedback we received focused on the report's failure to mention harmful sexual tropes and the potential links between pornography and human trafficking. One listener wrote, "Pornography that depicts violence against women and girls, when viewed over and over again makes this type of behavior normative."

A piece about the kink community, produced by Mallory Yu, also generated feedback from listeners. From the introduction, assumption about the contents of this report triggered red flags for some listeners.

"Kink" refers to anything outside the "fictional narrative that we have of the norm of sexuality," according to one self-described "kinkster" in Yu's report. The piece centered on a roundtable discussion with a group of kinksters on how to seek and give consent. Despite the label, the language used in the piece was not sexually explicit and no sex acts were described.

This story, also 8 minutes long, upset some listeners. One listener wrote, "I find your rush hour discussions about Kinky Sex repulsive and degrading to the public airwaves."

Yu says that the team did "push boundaries," but not simply to be controversial for controversy's sake. "We're not doing this to like, I don't know, make you crash your car," Yu explained. She continued, "It's that we are still NPR and ultimately, we're still trying to think about this in a curious way that isn't judgmental."

The perils of over- and under-warning

The kink radio piece included not one, but two warnings ahead of airing. The two warnings were included at the direction of NPR's legal counsel, Yu said. Warnings in general are difficult to master, as this office has written about in the past here and here. It's a delicate balance: introducing material for listeners to understand the crux of the upcoming story, but not describing too much before giving the listener the chance to tune out.

The warnings were careful to mention how much time the upcoming segment would take. This also upset some listeners who pointed out that 8 minutes seemed like a substantial amount of time to devote to such a story on All Things Considered, which sometimes reports even major news topics in 2- or 3-minute segments. However, the news program regularly airs stories 8 minutes long (or longer) on hard news topics, as well as human interest features. Myers told me via email: "We choose the amount of time we devote to something based on the storytelling needs of the segment. Not because we care more about one topic than another."

Why then choose to broadcast the piece, instead of packaging the content into a podcast, where listeners could challenge themselves by choice? The team pointed out: All Things Considered is a radio program, after all. Their job is to make radio; podcasts are a separate unit.

The producers defended their decision to make this and other pieces in the series part of a national broadcast. "There is real value in getting stories on broadcast, on air," said Lonsdorf. "We have to work around a lot more constraints. When you get something like that on broadcast you're making it part of the bigger conversation."

Edes, who has since left NPR to report for Chicago station WBEZ, told me she is proud of the series: "It was really important that this series air on one of NPR's mainstream, most-listened-to newsmagazines, because otherwise, we're not challenging expectations. We're not asking listeners to challenge their own thinking."

The added obstacle of broadcasting the stories via traditional radio forced the producers to rely on the tools of thoughtful storytelling, which NPR pioneered on radio. Yu explained: "It allowed us to not lean on some of the more salacious details."

In preparing the segments for broadcast, the team consulted regularly with NPR's legal team, outside counsel with expertise in Federal Communication Commission compliance and senior editors across the newsroom, including Standards and Practices Editor Mark Memmott.

Rather than depicting graphic sex acts or scenes gratuitously, the series focused on broader themes of communication and channeled the issues through sex. Of course, handling the topic of sex respectfully seems different depending on who you ask, and the range of opinions on sex and if/when/how to discuss it can force tough decisions in the first place.

Does sex belong on NPR?

NPR's Susan Stamberg, now a special correspondent, remembers similar difficulties when she pitched a sex-centered series to NPR leadership almost 30 years ago. Stamberg, who co-hosted All Things Considered for 14 years starting in 1972 and then went on to host Weekend Edition Sunday, remembers reasoning with worried editors. She told them, "NPR will be smart. We will be thoughtful. We will not be sensationalistic."

Early stories from All Things Considered and other NPR archives show Stamberg in conversation with sex experts discussing the sexual revolution of the 1970s, sexual "swingers" and attitudes on casual sex, among other topics. According to Stamberg, you can't avoid discussing sex on the radio.

"It's part of our lives. It's what we do. It's a basic, primal need," said Stamberg. "Of course we should talk about it, as we talk about everything."

All Things Considered's planning editor Myers offered a similar thought, "We're a news show, but we're a newsmagazine. And so if you read The Atlantic magazine, The New Yorker magazine — all of these amazing powerhouses of journalism that we count ourselves among — they're doing stories that aren't just the border and everything that's happening at the border. They're not doing just what happened on Capitol Hill today. They're also having conversations that are fascinating with people who are fascinating about the way we live."

Similar to the hurdles that faced Stamberg when she pitched her sex series decades earlier, the 2019 "Let's Talk About Sex" series also faced stumbling blocks. One story segment — a video that would pair with the former sex toy shop employee radio piece — was killed "at the eleventh hour," Edes said.

The video was "tastefully done," said Nancy Barnes, NPR's senior vice president of news. She said she also understood the team's desire to reach a younger, more diverse audience, "yet it did not feel to me that it quite fit in with the NPR brand." Barnes said she is currently reconsidering her decision, at the newsroom's request, but hasn't made up her mind.

But she applauded the series overall. She told our office, "They really did a nice job of being thoughtful and tasteful about how they covered the stories and not trying to be, you know, racy." And, she said, the decision to discuss sex makes sense.

"Sex is a natural part of life and a natural part of science and reproduction and so to avoid it seems kind of silly," she said. "I understand that not everybody's going to want to hear that type of content, but I'd rather people take a chance than play it too safe."

Myers, who was primarily responsible for negotiating with the different advisers on editorial, ethical and legal compliance, agreed with Barnes and said she wasn't surprised that not all listeners approved of the content. She told me:

Amid both praise and criticism, it's clear this series accomplished what it sought to do: start conversations on sex and how people talk about it.