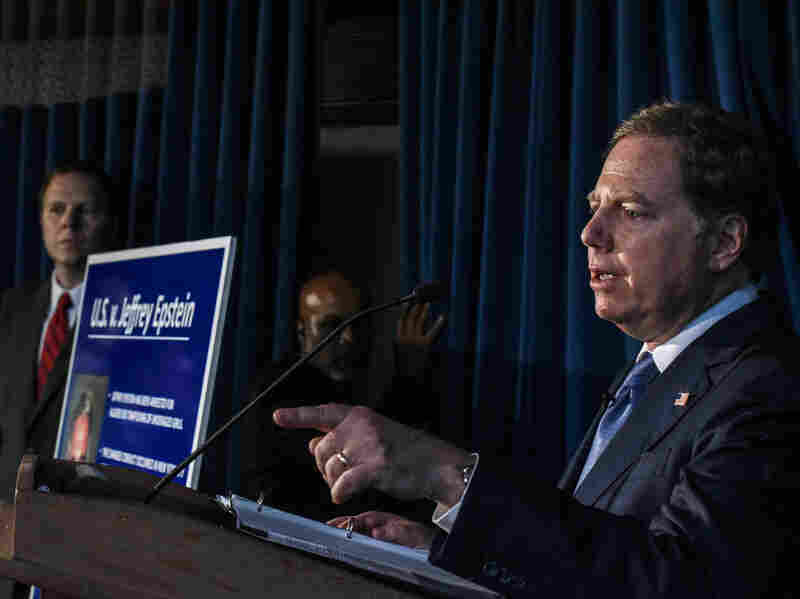 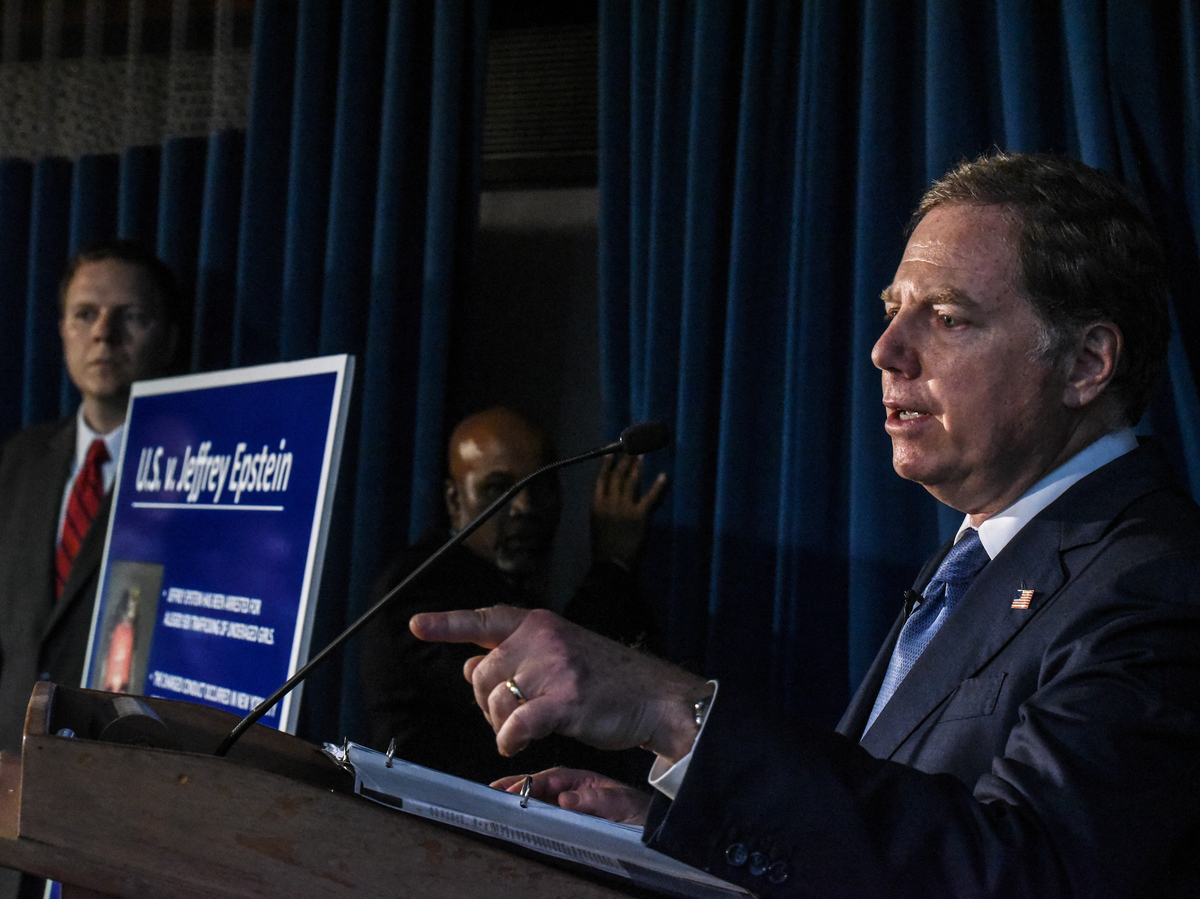 US Attorney for the Southern District of New York Geoffrey Berman announces charges against financier Jeffery Epstein on July 8, 2019 in New York City.

Two high-profile men were arrested in recent days and charged with sexual crimes involving minors. Listeners had concerns about how NPR in some instances referred to those allegations, arguing that the language sanitized the severity of the charges.

Financier Jeffrey Epstein was arrested July 6 on two charges — sex trafficking of minors and related conspiracy — charges that prosecutors said involved dozens of girls in New York and Florida. He entered a plea of not guilty.

Singer R. Kelly was arrested July 11, also on federal charges, among which were child pornography and transporting girls and women across state lines for sex. In its initial report, NPR referred to "underage women," which prompted a slew of complaints that the correct word is "girls."

In the Epstein coverage, the listeners who contacted us wanted NPR to call his alleged actions "rape." But that was not the charge; he was charged with sex trafficking and conspiracy and the indictment says he "sexually exploited and abused dozens of minor girls."

Terence Samuel, a deputy managing editor, told me, "I think what some people would like is for us to underscore the horrific nature of the allegations by saying, not just 'rape' but 'rape of a child.'" But, he said, legal standards vary greatly from state to state, and NPR is sticking to the language used in the indictment.

Samuel said that when NPR describes the allegations and the age of the alleged victims, "it's not hard to understand what we're talking about here." I agree. NPR needs to offer clear descriptions, but also stick to the facts as laid out in the charges.

Using the phrase "underage women," on the other hand, does not add clarity; in fact, it does the opposite.

One listener went so far as to argue that, in the Epstein case, the alleged victims should be referred to as "children, full stop."

That may not be quite accurate, either. "Children" generally refers to those who are pre-pubescent. That age, of course, can vary and some of the girls may have been so, but the indictment cited victims "as young as 14 years old," an age at which most girls have entered puberty.

That makes "girls" a more accurate umbrella term. Mark Memmott, NPR's standards and practices editor, reiterated that on Friday in a memo to the newsroom:

When accusers or alleged victims are under 18, do not refer to them as "women" or "men." The words that apply are "girls," "boys" and "minors" (which helps in cases when we're not sure of the gender). Phrases such as "underaged girls," while somewhat redundant, can help to reinforce the nature of the alleged crimes. But do not say "underaged women" or "underaged men." Note: Be careful because laws about who is "underage" vary by state.

Also, when someone is accused of assaulting both minors and adults, be sure to use phrases such as "women and girls" or "men and boys."

Thankfully, the use of "underage women" on NPR appeared to be a one-off slip; NPR has not used it again that we can find.