History, Minus The Historian Herself

History, Minus The Historian Herself 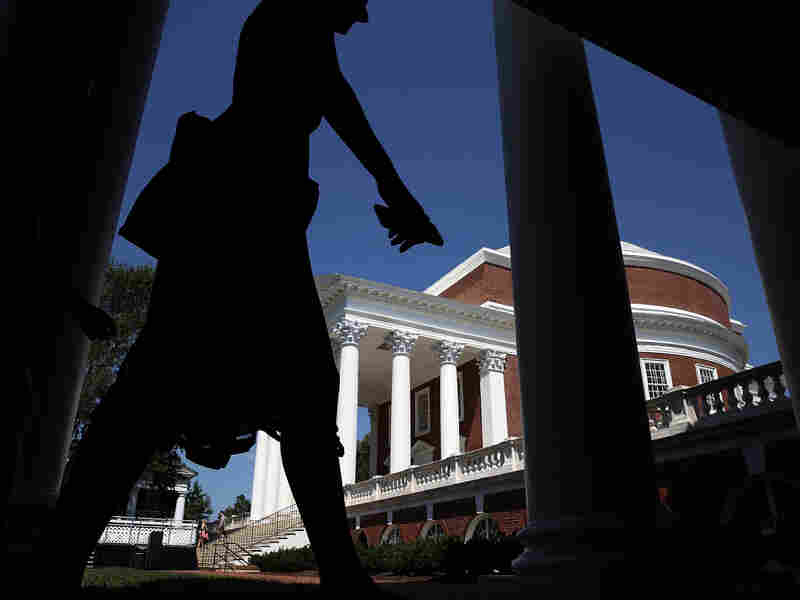 Students return to the University of Virginia for the fall semester on August 19, 2017 in Charlottesville, Virginia. Win McNamee/Getty Images hide caption 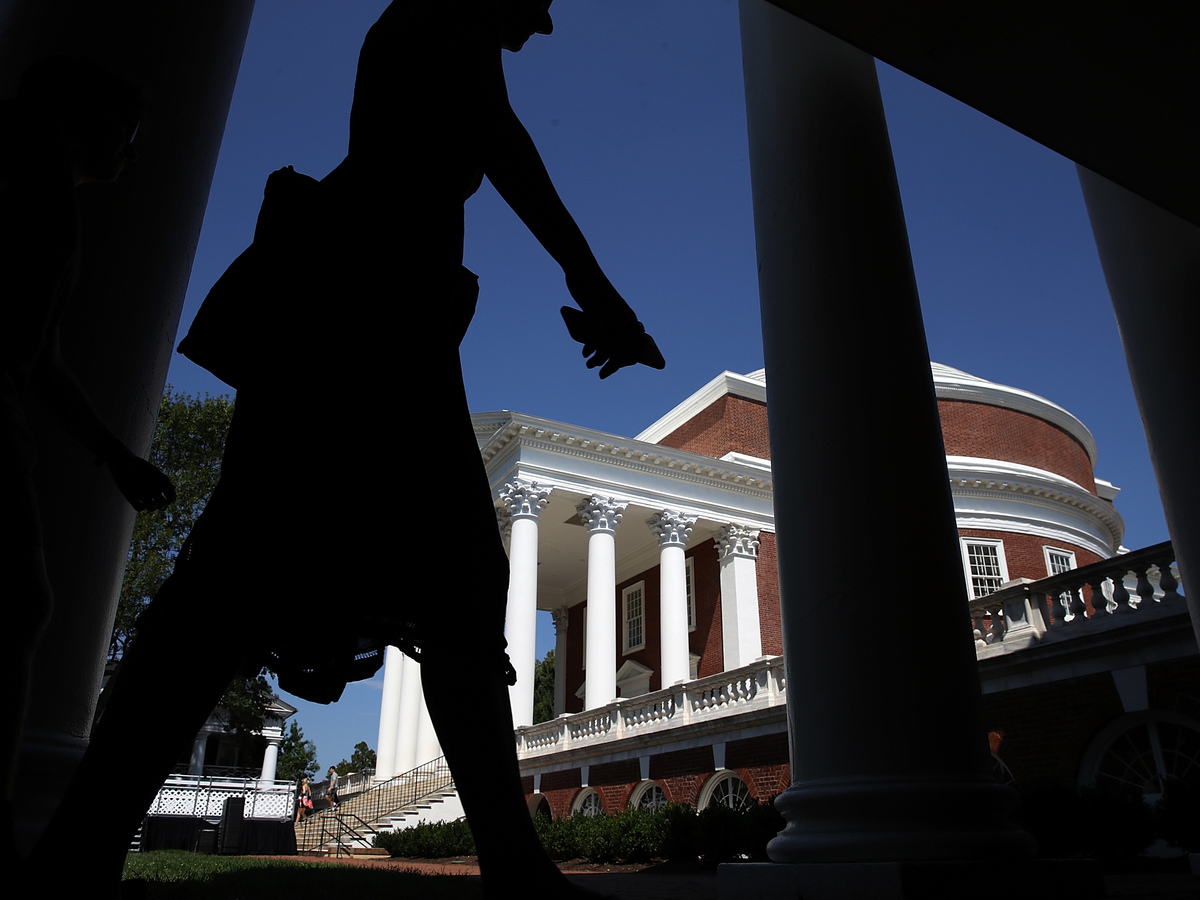 Students return to the University of Virginia for the fall semester on August 19, 2017 in Charlottesville, Virginia.

Does NPR have a gender problem? A history problem?

Over the weekend, a Washington Post-owned website called The Lily published a very good piece about an infuriating situation involving Here & Now, the two-hour daily news and talk program that is co-produced by NPR and Boston public radio station WBUR. The injustice in the case was done against Sarah Milov, an assistant history professor at the University of Virginia.

Milov has written a book, to be published in the fall, called "The Cigarette: A Political History." The contents of the book were the subject of a 10-minute conversation on Here & Now last Thursday, although Milov was not part of the conversation. The discussion took place between Here & Now co-host Jeremy Hobson and two male historians who make up the four-person team (three men, one woman) behind the BackStory podcast, a program of Virginia Humanities.

BackStory is a regular feature on Here & Now, where two of the podcast's four hosts appear every couple of weeks to talk about some of the history behind topics in the news, from the history of U.S. currencies to abortion. Hobson is credited with starting the regular feature.

Back to the injustice: in the entire segment, Milov's name was never mentioned and her book was not cited, even though it was the main source of the information being shared. After The Lily story broke, Milov was given credit in a prominent note added to the Here & Now website.

I wanted to know how this situation happened and specifically what responsibility Here & Now (and thus NPR and WBUR) bore in the missing credit.

Many who read The Lily piece saw a repeat of a similar situation last summer, when a female co-author of a book was omitted from an All Things Considered story, which referred to her male co-author as the "author." I have not been made aware of another such NPR incident since then, and the units that produce the two NPR shows are completely separate (one is in Washington, D.C., one is in Boston). Still, some have asserted that the latest slight is emblematic of a systemic NPR "gender problem," of failing to give women credit for their work.

NPR also had an embarrassing correction a few weeks back in the regular "Ask Cokie" history feature on Morning Edition. At that time, a number of historians suggested that NPR should interview actual historians, instead of having a journalist summarize or report on the history.

In this case, however, it was two well-regarded historians — Nathan Connolly and Ed Ayers — who summarized the history for Here & Now and neglected to mention Milov. So that wouldn't seem to apply here, but, more on that below.

Neither Milov nor BackStory responded to my request to talk about the situation for this column (although both acknowledged receiving my emails). So, I'm reliant on the reporting that has already been done for their perspectives. No one has raised any suggestion that Milov did anything wrong, or is anything but the victim here.

"We regret the omission," "BackStory" wrote in a tweet on Friday. "We want to be sure that BackStory always gives credit when it's due." In an interview, Williams added that BackStory takes full responsibility for what happened. "Somewhere along the way we dropped the ball," she said.

But on Monday, historian Connolly, in an interview (behind a paywall) with The Chronicle of Higher Education, blamed Here & Now. He said that in the two years that BackStory has worked with the show, it was a "tortured relationship," because the show's editors regularly cut out the information when the historians cited their sources.

"The hat tips ended up on the cutting-room floor again and again," he was quoted as saying. He also described the relationship with the show as "a kind of dance between skimming across the top and our own desires to uphold scholarly conventions." The Chronicle also wrote, apparently summarizing what Connolly said, that Connolly and Ayers "didn't cite Milov because for two years the Here & Now producers have cut and discouraged those citations, so why keep beating their heads against the wall?"

Those are, of course, serious charges, so I put them to executives at WBUR, where Here & Now is based.

Kathleen McKenna, the show's executive producer, said she turned up no evidence that anyone from the show had told BackStory to cut attributions. She said one producer who works with the BackStory team told her "she has never said that," and, as for the producer who started the feature, "I would be surprised if he had ever said that."

Sam Fleming, the interim general manager of WBUR and its top news executive, said, "We believe in attribution." He added, "We [he and McKenna] both find it difficult to believe that it was ever said that we would cut that out."

But Connolly told The Chronicle it was a pattern, not an explicitly stated policy. McKenna said she did not believe that was the case. The BackStory conversations are pre-taped, but McKenna said very little (a couple of minutes at most, including the chitchat as the conversations get underway) is cut out of the conversations to keep them to their broadcast length (usually around 11 minutes). She said she had listened to a couple of the raw recordings and not heard any attributions that got cut out.

So where does that leave us, other than at an allegation that the Here & Now producers deny?

It seems to me (and to some inside NPR with whom I've discussed this) that this is part of a different problem than the common journalistic problem of ignoring women's contributions, including in reporting on history. Here & Now does talk to female historians, including Jill Lepore and Doris Kearns Goodwin, although McKenna said she wishes the show talked to more of them (something which seemingly could be remedied). McKenna said had she known about Milov's book, she would have interviewed her about it.

To me, this is a problem of basic oversight, which comes up repeatedly when I look into instances of reporting gone wrong.

Collaboration between different companies and organizations producing content is a fact of journalism these days; newsrooms need content and podcasts such as BackStory want the larger audience that a program such as Here & Now brings. NPR shows get content from many outside sources, from freelance reporters to regular partnerships with organizations such as BackStory and StoryCorps. Not everyone has the same editorial standards or is familiar with NPR's standards (although freelancers, especially, should be). Even if the relationship is trusted and long-term, that doesn't absolve an NPR show of basic oversight of the material it obtains from outside sources and then puts on its air. The ultimate responsibility lies with the show itself to ensure that NPR's standards are adhered to.

It doesn't make sense to me why the BackStory team would continue to work with Here & Now if they felt the standards were so lax, but again, I haven't been able to talk to them. After all, that show's on-air people are historians, and historians, like journalists, are supposed to make their sources clear.

But on Here & Now's part, sharper oversight of the conversations by Here & Now's producing staff could have caught a problem. If sources were not cited, someone on the Here & Now side should have questioned why. A basic question seemingly wasn't asked: "What are the sources for what you're telling us?"

McKenna, while rejecting the idea that citations were routinely cut, said, "This has taught me a lot. This has taught me that maybe, with more of these people [outside contributors], I should have been on the phone when this relationship first started." She added, "I have to be more hands-on," with outside pieces, and "make sure we're all clear on the ground rules."

For its part, BackStory talked to Milov Tuesday for a new podcast episode posted today. Part of the conversation came back to the issue of how history is presented in the media today and the obligation of senior historians, not just journalists, to be clearer about the sources they are relying on.

Milov told them: "In a way, what has happened, it seems to me, is that in contracting with Here & Now, BackStory essentially became a commodity, of basically being your roving historical researchers, and that ends up submerging so much labor. Not just the labor of the books that are relied upon ... and yes, my case is an outsized example because it was basically one book and it was an advanced copy ... but even if it were synthetic work, and that is real work, the work to synthesize and to make it public and to package it in an attractive way. There is real work that goes on there, but that too relies on the labor of so many other people, researchers, producers, not to mention the sometimes uncredited historians whose work informs that synthesis."

Here & Now regrets that historian Sarah Milov wasn't given due credit in a recent segment with two historians from the BackStory podcast. We have worked to remedy the situation and invited Professor Milov onto our program when her book "The Cigarette: A Political History," is published. She accepted. Corrections were made to the text and audio story which is posted online at hereandnow.org. At this time, we're reviewing our editorial process, including the use of attribution, with the BackStory podcast producers and historians. Accuracy is the top priority for Here & Now and WBUR. To that end, we will pause any more collaboration with BackStory until a full review is completed.

I don't want to end on too clinical a note and lose sight of the broader picture noted above, which is that news organizations too often make women's work invisible. A year ago, we detailed internal work at NPR to change that. That work has continued and new research into how NPR is doing on diverse sourcing is coming soon. I'll report on it when NPR lets me make it public.