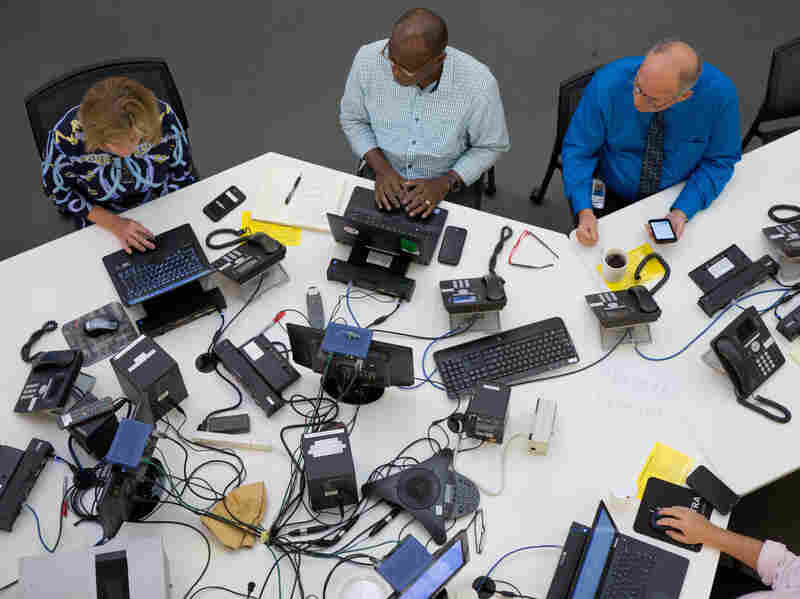 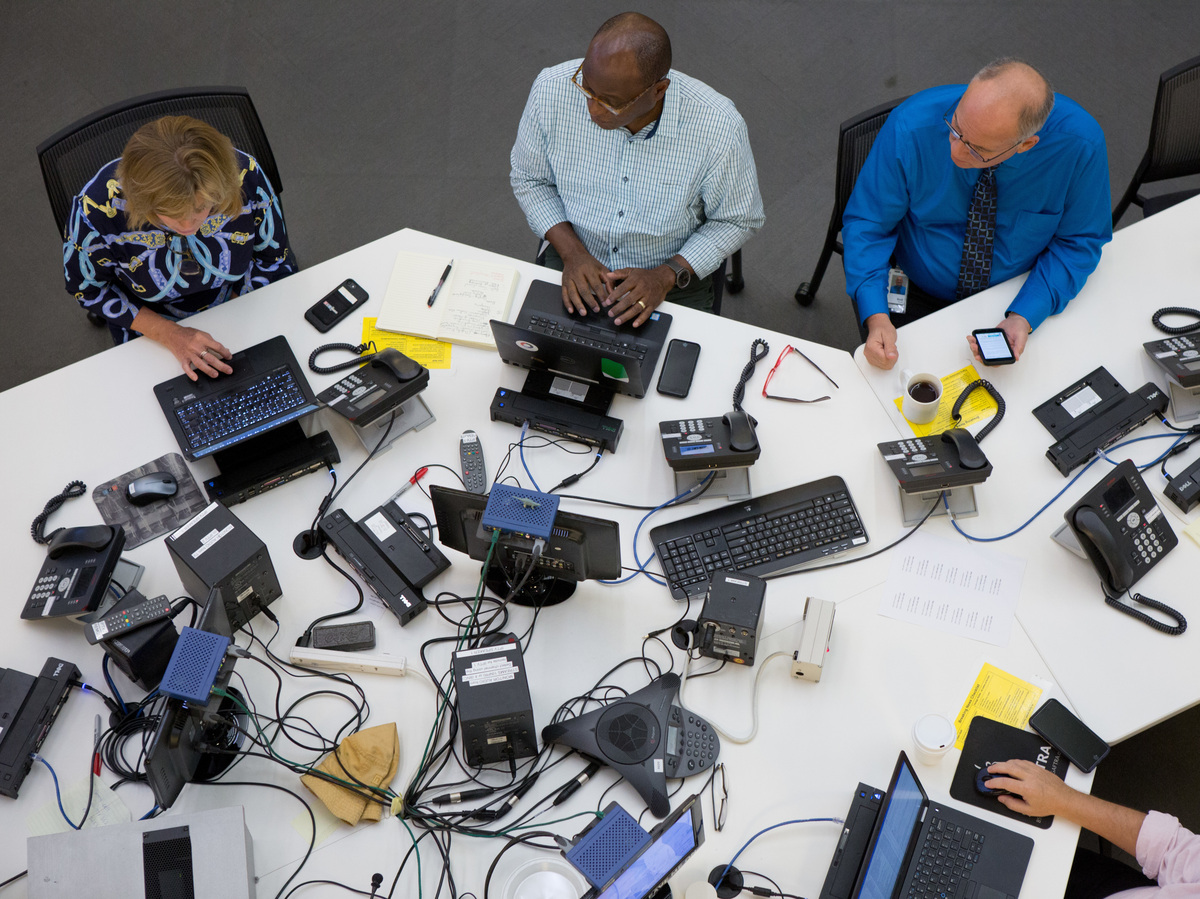 Editors meet in the newsroom at NPR headquarters in Washington, D.C., on September 13, 2018.

Public media is built on a foundation of what I'd call basic decency. NPR's ethics handbook promises it will hold its journalists to the same high standards that it holds public officials and others it reports on: that it will treat the people it interviews with respect, and that it will be transparent and accountable for all it does.

The news that came out earlier this week, that NPR was eliminating fewer than 10 jobs as part of a newsroom restructuring, did not feel respectful or transparent to many both inside and outside NPR's newsroom.

NPR's David Folkenflik reported that the moves were not about saving money, but were designed to free up financial resources for bolstering coverage in other areas. That's a prerogative of management, and newsroom leaders need to have that kind of flexibility.

But it matters how such changes are made. In particular, newsroom employees and NPR's audience reacted strongly to the way veteran correspondent David Welna, who most recently has covered national security, said he received the news that he was among those whose jobs were being eliminated. 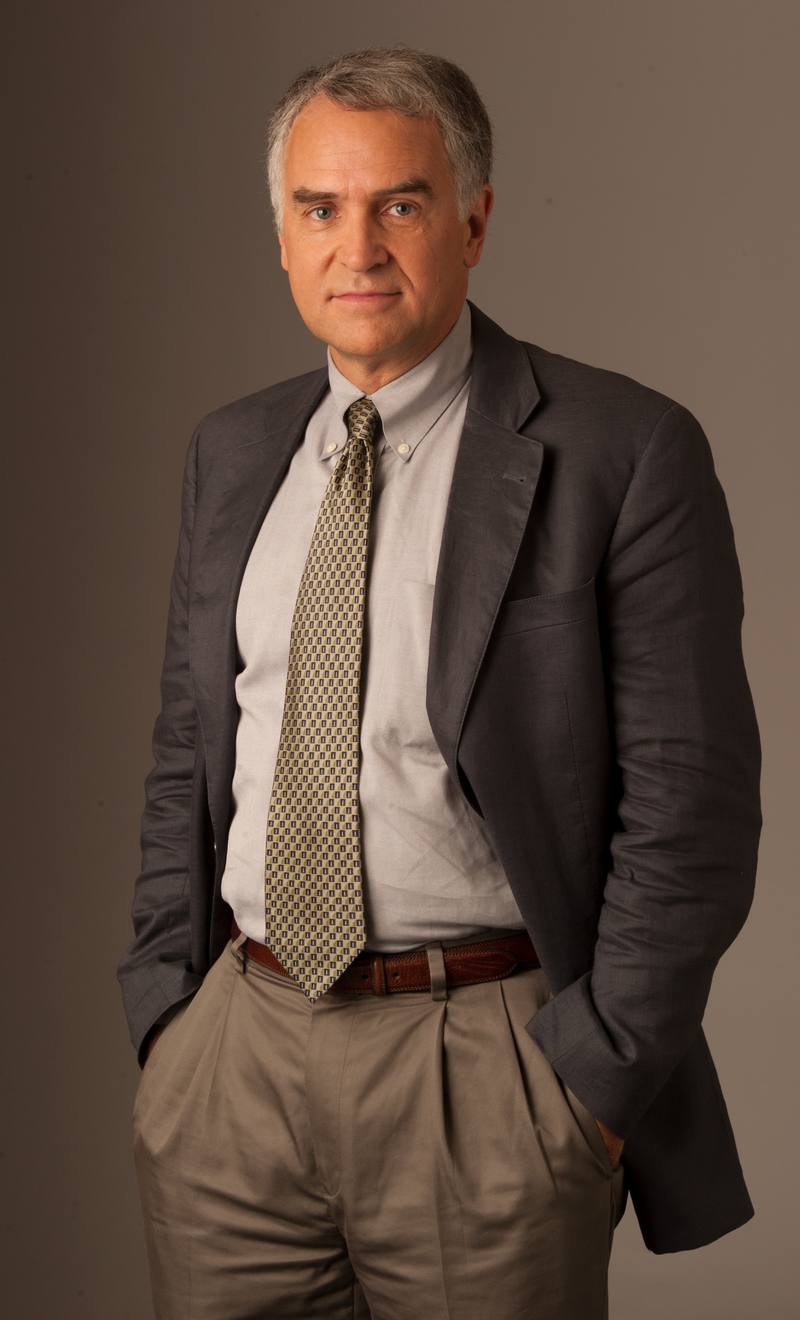 In a note to colleagues that was later shared online by The Washington Post's Paul Farhi, he wrote:

Just so all of you, my dear colleagues, know: After rushing back early from Puerto Rico to help with national security coverage (most of our team is on vacation this week), I was told this morning my position as a national security desk correspondent was being eliminated and my services, which date back to when I first reported for NPR in 1982, are no longer needed. In short, I was summarily laid off...with no further explanations...effective Sept. 6.

I hope none of you will ever be treated this way.

Our office heard from many upset listeners. And at least one member station was among those who reacted with sharp words. Tallahassee station WFSU tweeted to a listener: "We certainly don't agree to how this was handled by NPR. We will let our NPR reps know accordingly. David Welna has been a critical member of the NPR team and it is painful to see him treated this way."

We are up to speed on what happened and certainly don't agree to how this was handled by NPR. We will let our NPR reps know accordingly. David Welna has been a critical member of the NPR team and it is painful to see him treated this way.

Today, Welna, whose beats over the years included Latin America and Congress, announced that, after the intervention of the SAG-AFTRA union that represents some NPR newsroom employees, he will be staying "at least until next year." Starting in September, he will move to a post on NPR's breaking news desk.

My gratitude & thanks to all who showed support & indignation over NPR sacking me Tuesday in “reorganization”; my work there will now continue at least until next year. Our fine SAG-AFTRA reps showed why union membership matters!

He told me that he was grateful for the outpouring of support he received after the initial layoff, where, "I felt demeaned and disrespected." He added, "It seems to listeners like hypocrisy."

Details have been scarce about the other changes that are part of the restructuring because NPR has not released names, citing privacy concerns for those affected. Those journalists can apply for other open jobs internally.

One video journalist, Kara Frame, announced that she was among those laid off. She had been working on a video series with correspondent Elise Hu, who tweeted that her series was "effectively over."

I am 1 of the 3 video journos laid off. I was on assignment in ABQ when I got the call. I went back in and finished the shoot. I didn't do it for NPR, I did it because the stories we tell are important, and the researcher who graciously welcomed us into his lab deserved better. https://t.co/vvkSfdVfe5

Original video from @NPR news is also effectively over, given the layoffs. @NPRMusic & pods will still make vid but those in news who were committed to off-platform work for younger/diverse audiences had the rug pulled out from under us, no warning

Nancy Barnes, NPR's top news executive, spoke to me briefly about the changes. She told me the job cuts were focused on just that, the positions, and "not individuals."

She added, "I have listened very carefully to the concerns shared with me this week by members of the staff. We have to find a way to move forward in a fiercely competitive media market, while also being compassionate."

Many listeners have asked about the coverage priorities indicated by the changes. As Folkenflik reported in a note to the newsroom, "Barnes cited the desire to bolster additional staffing in investigations along with the network's flagship shows, Morning Edition and All Things Considered, as well as more funds to cover opioid addiction, climate change and pharmaceuticals, among other beats."

That is along the lines of what she told me in a March interview, outlining her priorities for the newsroom. Barnes joined NPR last November.

Some listeners mistakenly thought the announcement meant NPR would focus on investigations, and not breaking news, but that is not the case. And Barnes told me that NPR is not reducing its coverage of national security, but instead is realigning beats. It will continue to have reporters covering national security (just one less). She added, "We have also created a beat this year to cover domestic extremism, and we want to add some other areas of expertise we aren't quite ready to talk about."

NPR, she said, needs "to find room for some new and distinct coverage lines in a number of areas." (Welna questioned why it was a "zero-sum approach," noting that other news organizations might have tried to raise more money to increase coverage.)

Unlike other recent realignments that NPR has been through, this one was not triggered by a budget crisis. But the psychological impact on the newsroom staff, for whatever reasons such changes happen, is similar. What remains to be seen is how the newsroom's output looks a year from now, when some of the other changes Barnes alluded to, but did not detail, are in place. There are still questions to be answered as to what these current changes mean.

As for the listeners, who are, after all, asked to contribute to help member stations pay for NPR programs, they can reasonably be expected to hold NPR to high standards of how it conducts itself internally, layoffs included. That didn't happen this week.