Accessibility links
A Corrections Milestone Worth Noting : NPR Public Editor NPR's newsroom is succeeding in reducing the errors it makes.

A Corrections Milestone Worth Noting

A Corrections Milestone Worth Noting 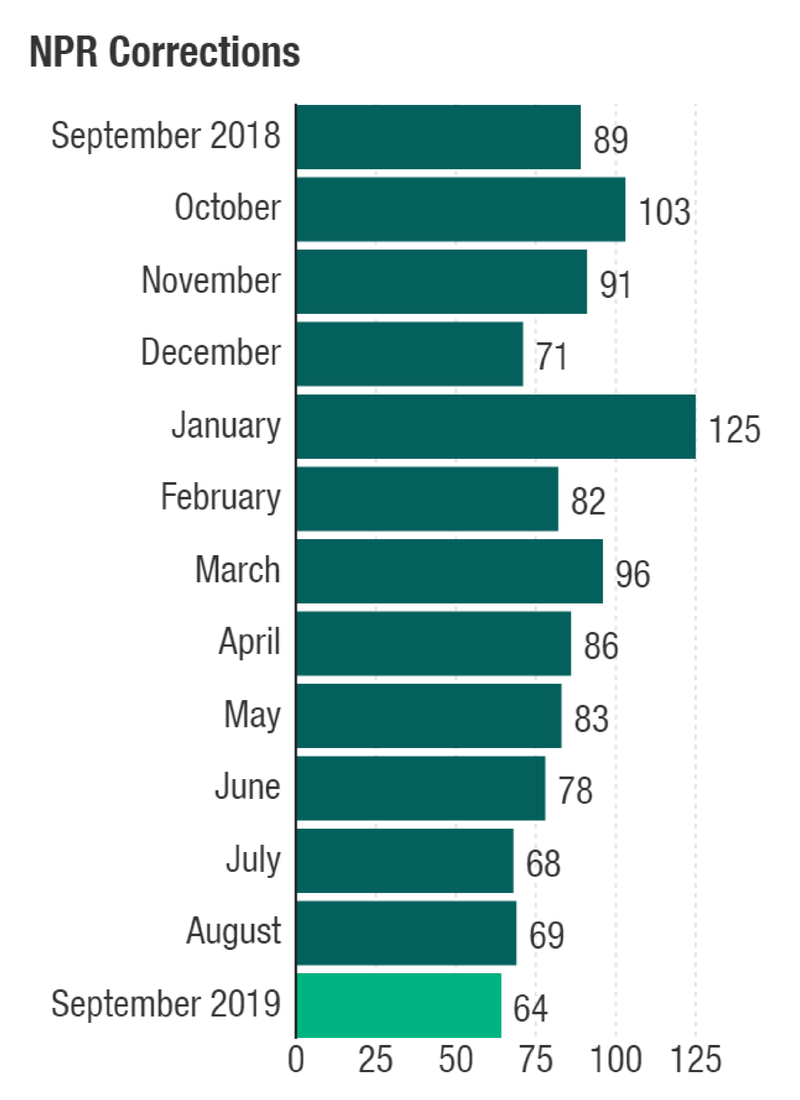 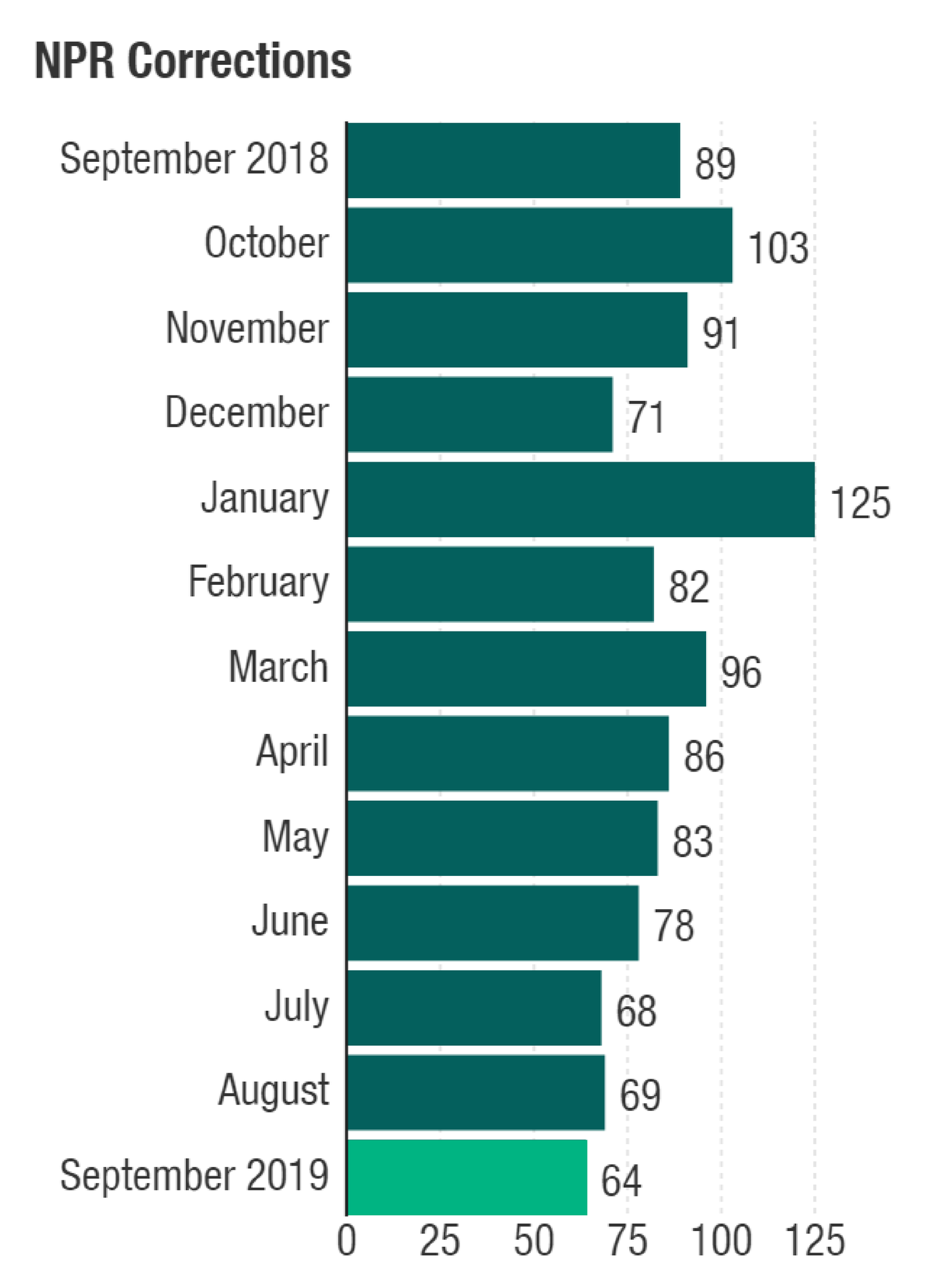 We last wrote about NPR's efforts to reduce the number of errors it makes about a year ago. At that point, the newsroom had set itself a goal to cut in half the number of items each month requiring corrections, and it had fallen far short.

So, it's time for an update. It's also a good day for that, because we can post the news that the newsroom finally came close to meeting that goal in September, its best (as in, lowest number) month for corrections since June 2018.

That's the month that Mark Memmott, NPR's standards and practices editor, issued his challenge to the newsroom. About 100 corrections were being posted each month on average at that point, he said. The newsroom was tasked with halving the number in three months. It didn't; the September 2018 number by our count was 89 corrections.

Last month, that number fell to 64, by the most generous count (i.e., if two different facts were corrected in one story we counted it as a single correction). We took those numbers from the entries on NPR's own Corrections feed that can be found linked at the bottom of the home page. (Of note: NPR is to be commended for making its corrections easy to find online.)

Memmott keeps his own tally and he came up with a number of 55 for last month. He said that while he may have missed one or two, the counts could vary because he doesn't count corrections of errors that were not made by NPR staff. That includes mistakes where NPR gets bad information from a supposedly reputable source (such as a wire service caption), or when an expert guest makes a mistake on the radio and NPR doesn't have time to correct it in real time. The official NPR Corrections list also includes corrections made by Fresh Air, which NPR does not produce (it distributes it), and other shows, such as Ask Me Another, which do not come from the newsroom.

Either way, the numbers moved significantly toward the goal, and that's worth acknowledging.

In a note to the newsroom, Sara Goo, NPR's managing editor for digital content, gave a shoutout to NPR's copy editors for helping cut down on the errors. NPR has increased its ranks of copy editors in the last year, and now has five of them, spread over seven days a week.

In his own memo thanking the newsroom, Memmott urged the staff to continue to work on correctly spelling names, NPR's biggest source of errors. Some two dozen errors last month were misspelled names.