Accessibility links
Setting The Record Straight After A Live Interview : NPR Public Editor An addendum for a rebroadcast was necessary, but not necessarily sufficient

Setting The Record Straight After A Live Interview

Setting The Record Straight After A Live Interview 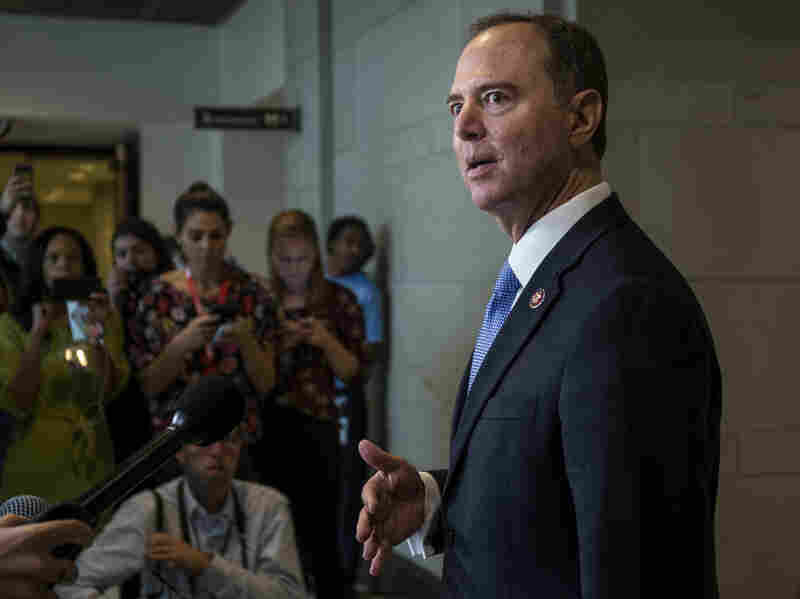 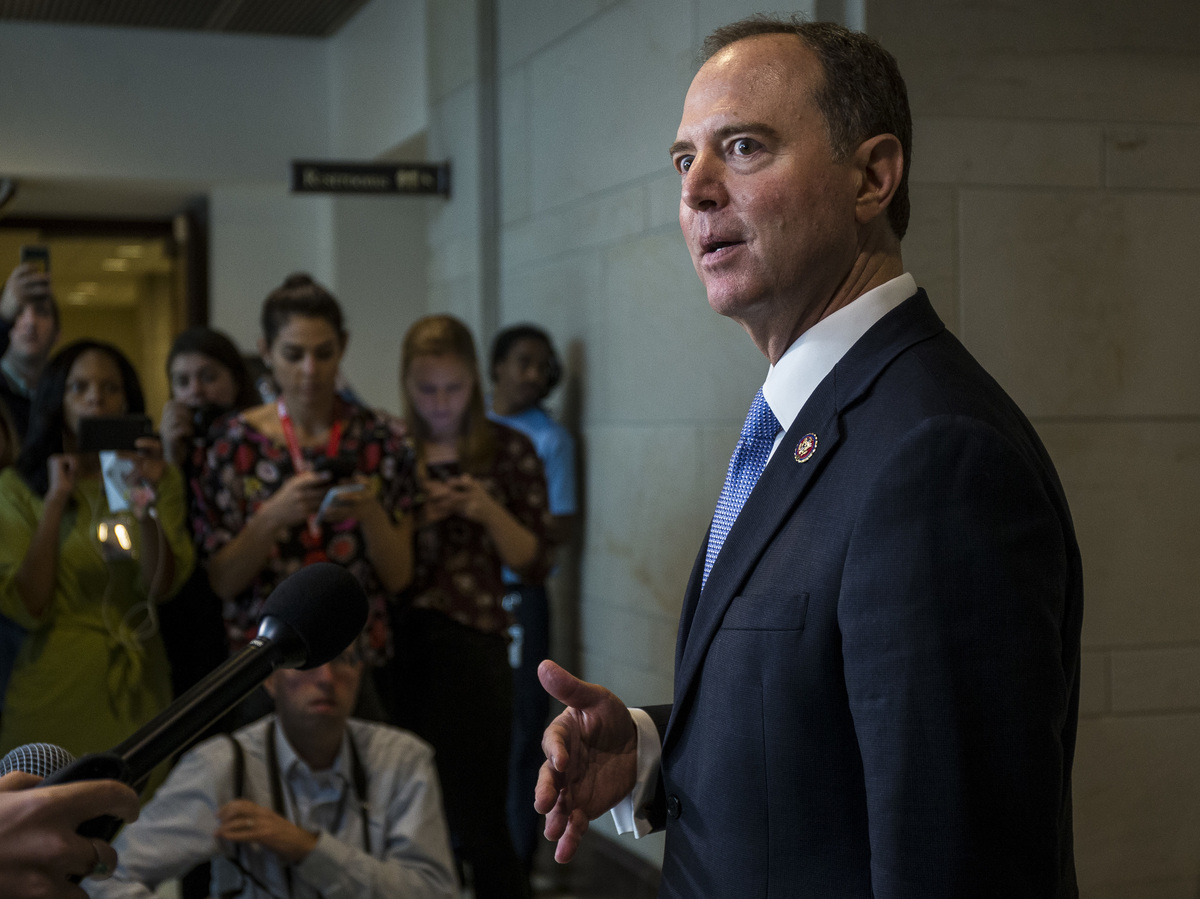 The House impeachment inquiry into President Trump has meant a ratcheting up of partisan scrutiny of NPR journalists' work. Unlike some of the critics, I think that overall the coverage has been journalistically strong (more on that in an upcoming column).

But the handling of misinformation in an interview on Wednesday's All Things Considered with Rep. Jim Banks, an Indiana Republican, raised journalistic concerns that I don't think are explained away as purely partisan posturing (although there has also been plenty of partisan pushback from both sides about the interview). And once again, the journalistic challenge resulted from a format choice: the decision to interview a politician on live radio.

Live interviews have increased greatly on NPR's newsmagazines in recent years. As readers of this column well know, listeners (and I) have raised many concerns about their execution.

When they work, live interviews are a valuable way to hear the point of view of a newsmaker in their own words. An interview runs into problems, however, when the guest says something that is provably inaccurate or seriously misleading. At that point the host is obligated to push back to correct it, which to some listeners sounds partisan (and it can be unpleasant and unproductive when an interview turns argumentative).

If a host doesn't catch the error during the course of the interview, the show's editors must figure out how to include the correct information when the interview is rebroadcast for later time zones. One way to avoid the problem is with what the newsroom calls a "level set" — a follow-up interview with an NPR journalist who has monitored the interview — as we recently wrote.

That's the context for Wednesday's interview with Rep. Banks.

Here's a little more: Since the impeachment story began, the Public Editor's office has been receiving regular complaints that NPR's coverage has been heavily tilted toward Democratic viewpoints. There's a reason listeners might perceive that: Republicans have been ducking interviews with NPR. By our count, through Thursday evening, NPR's two newsmagazines and the midday Here & Now had interviewed 22 Democrats (current politicians, former administration people and others with a partisan viewpoint) to 11 Republicans. (See a previous column on this challenge, which has happened many times in the past.)

When I asked the newsroom about that imbalance, Sarah Gilbert, NPR's vice president for news programming, said it wasn't for a lack of trying. She told me: "It's our job to reach all those central to this investigation, so that we can provide audiences with as much information and as varied a perspective as possible, as this story unfolds. Thus far, we've found that far fewer Republicans were willing to speak with us than were their Democratic colleagues. We continue to request interviews with those who have not yet spoken with NPR."

Banks, a member of the House Armed Services Committee, was one Republican who agreed to do an interview, giving listeners a chance to hear the Republican case against the impeachment inquiry. As Michel Martin, who interviewed Banks, told me, "a member of Congress has a vote and I think it's reasonable for us to take the temperature of the Congress on this." I agree.

The interview turned contentious at one point. Martin challenged Banks over the interpretation of the White House-provided memorandum of President Trump's July call with Ukrainian President Zelenskiy, which is at the heart of the impeachment inquiry.

Banks also incorrectly characterized a New York Times story about Adam Schiff, the California Democrat who chairs the House Intelligence Committee, incorrectly asserting that Schiff had "lied" about his role in the whistleblower complaint that sparked the impeachment drive. (I'm not going to repeat the entire incorrect statement.) Martin didn't challenge Banks' statements about Schiff during the live interview.

Martin told me that only after the interview aired did she become aware that Schiff's office was refuting claims that he met the whistleblower before the complaint was filed. With the input of Terence Samuel, NPR's deputy managing editor, Martin read a couple of lines at the very end of the interview for its rebroadcast across the evening, that said in part, "We feel we must note that Congressman Banks did not accurately describe The New York Times' reporting about Congressman Schiff and the whistleblower's complaint." This was not labelled as a "correction" or a "clarification" but simply was added to the interview, in what is called a "back-announce."

That added paragraph was absolutely necessary given the misinformation Banks had given listeners. Samuel told me, "I owed it to the listeners to correct that very specific inaccuracy."

But was it sufficient? Many listeners said no. Bob Collins (a former Minnesota Public Radio media critic) wrote my office, "Bad information shouldn't get on the air in the first place and, if it does, it should be corrected immediately, not three minutes later." He added, "And why is the piece being replayed on later feeds at all?"

Samuel disagreed. "I don't think that this could have been handled any better," he said. "Michel did, I think, a great job pushing back on a lot of things in that interview," and was "well-prepared," but could have pushed back on the inaccuracy about Schiff's role had she seen everything in The New York Times story, which had only been online for an hour at the time of the interview.

In retrospect, he said, "Had we pushed back in the interview that would've been great. If we could have called [Banks] up and had him clarify that would have been great. All of those things didn't happen. This was the best solution in a situation where the news was breaking."

It seems to me that there were other options, however. NPR could have edited the rebroadcast of the interview to excise the incorrect information or inserted the correction at the point of the inaccuracy, instead of at the end. Gilbert said she doesn't believe in interrupting interviews in that way: "If an interview was live in the first feed, and requires a correction for the second feed, then we need to run the correction at the end of the rebroadcast interview. If we were to start verbally annotating everything that needs correction or clarification after the fact, then the edited conversation would no longer reflect its original arc, and nor would it be coherent."

Samuel added, "We invited the Congressman on" to represent the defense of the president "and I think he did a good job of it," which is why the newsroom corrected the specific part of the interview that needed it (the incorrect quoting of The New York Times), rather than pulling the whole thing.

I respectfully disagree with how this was handled. Letting the statements stand on rebroadcast, with only an unlabeled correction at the end, in effect retained the original misinformation and thus could not help but confuse listeners. Even the transcript of the interview on the website can be confusing for the same reason.

I have said many times that I believe the newsroom should decrease the number of live interviews with partisan politicians and other advocates. There is value in hearing directly from politicians on the issues of the day, of course, but that can be achieved with a pre-taped interview, too. Too many of the live interviews seem to end up as a forum for political talking points, with the hosts expected to catch inaccuracies. It's confusing to listeners at a time when many news consumers desperately crave reporting that strips away the spin in favor of facts. NPR's newsroom leaders disagree about the value of live interviews; you can read their thinking here. I'll continue to make the case when issues with the live interviews arise.