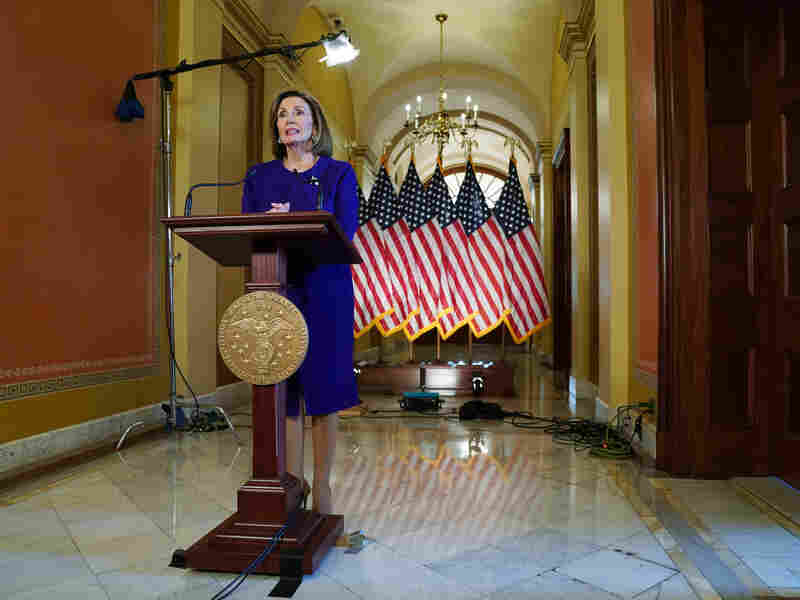 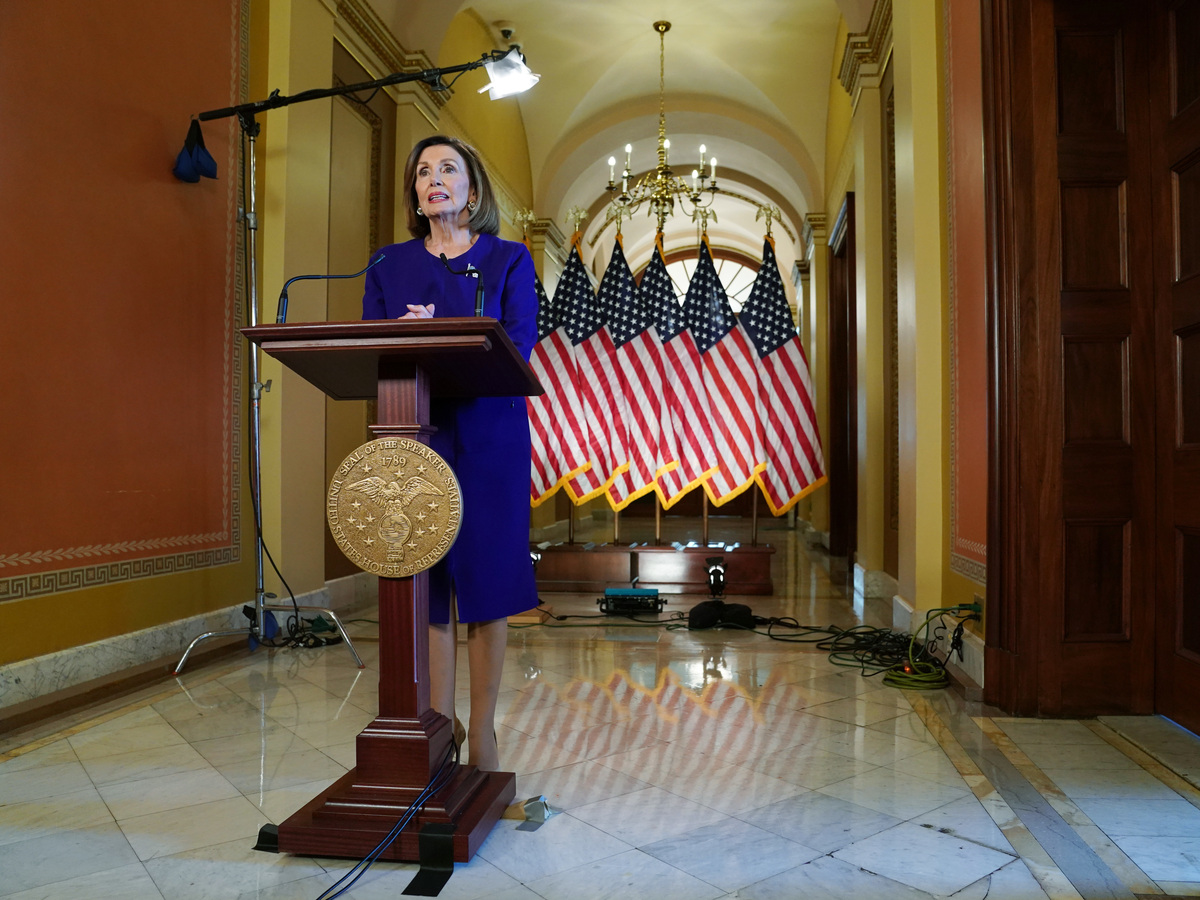 Committees of the House of Representatives are conducting an impeachment inquiry into President Trump. The committees and the full House are controlled by the Democrats. Does that make it the "Democratic impeachment inquiry," as NPR regularly refers to it?

As the inquiry has progressed in recent weeks, our office has received a steady stream of listener objections to NPR's frequent characterization of the proceedings in partisan terms.

House Speaker Nancy Pelosi says the House will vote this week on a resolution outlining the next steps in Democrats' ongoing impeachment inquiry. Democrats have faced heavy criticism from Republicans for how they've handled the investigation.

And here are just a few of the varied arguments we often get in response to reports that use similar language:

From a listener in New York:

On the news summary on the half hour on Morning Edition, the reporter discussing the upcoming testimony of Lt. Col. Alexander Vindman described it as the "House Democrats' impeachment inquiry." It is, actually, an impeachment inquiry conducted by the House of Representatives. There are 47 Republicans in the room who are participating in the inquiry.

From another listener in New York:

This morning NPR news referred to the "Democrats' impeachment inquiry," even though it is being conducted by House committees with both Democratic and Republican members. Labeling impeachment a Democratic project, rather than a House project is not objective and only feeds the divisive narrative of the Republican party.

And a listener in California was one of many who have argued in recent weeks that NPR "is contributing to political polarization":

The complaints about this kind of language started well before the impeachment inquiry. We have heard from many listeners over the last year who are clearly frustrated with the increasingly partisan nature of civic conversation, and how NPR reflects that. We get regular pleas for NPR to stop casting everything from policy debates to Supreme Court decisions in partisan terms.

Out of curiosity, we looked back in the NPR archives at how NPR reported on the 1998 impeachment proceedings of Democratic President Bill Clinton under a Republican-led House of Representatives.

ROBERT SIEGEL: The House Judiciary Committee today has recommended a formal impeachment inquiry be opened against President Clinton. This marks only the third time in American history such an inquiry has been recommended for a sitting president. Now the full House must vote to authorize the investigation; that is expected later this week.

Democrats pushed all day long to limit the time and scope of that inquiry. But in the end, the Republican majority prevailed. At the beginning of the hearing, Chairman Henry Hyde tried to encourage a bipartisan approach. He reminded colleagues they were only deciding whether to launch an inquiry.

And another from the same day:

In a vote this evening, the House Judiciary Committee agreed to launch impeachment proceedings against President Clinton. The vote, 21 to 16, was right along party lines. The full House must still take up the matter later this week.

The Committee acted after a full day of debate. All 37 members made opening remarks. And for the first time, the counsels for both sides made their cases for and against an inquiry.

The Republican investigator said President Clinton committed 15 possibly impeachable acts to hide his affair with Monica Lewinsky. The mood in the packed hearing room was serious. The debate was sometimes riveting and sometimes peppered with the all-too-familiar rhetoric.

NPR's Chitra Ragavan has the report.

CHITRA RAGAVAN, NPR REPORTER: In one way, the final vote was pro forma; after all, Republicans have a strong majority in the Judiciary Committee. The Committee is extremely partisan, and Republican leaders from the Speaker on down have favored an impeachment investigation. So the outcome of this hearing has been known for weeks.

It's subtle, but to my ear there's a difference in how the partisan nature of those proceedings was characterized in these reports. The references were to actions by an institution — the House Judiciary Committee — not just to the partisan leaders.

NPR could, of course, go back to that language standard. On the other hand, times have changed markedly, and news organizations have an obligation to accurately reflect the nature of the era they are covering, not how things might have been in the past or what they hope the nature of it should be.

(News organizations, of course, also shape our perceptions of our time. Radio newscasts, I've come to believe in my time at NPR, somehow sharpen and shape those perceptions more than a written report, perhaps due to the concise language made necessary by their brevity, but also by the impact of hearing something live over the radio.)

I asked newsroom executives for their thoughts on the recent listener concerns.

It would be inaccurate to say that the House impeachment inquiry is a bipartisan effort. It is not. As far as we know, there are no House Republicans on record as supporting the impeachment inquiry. Congressman Justin Amash of Michigan was the one exception, but he has since left the Republican Party to become an independent.

House Speaker Pelosi made the decision to go forward with an inquiry based on support from her Democratic colleagues and without consulting Republicans. It's true that Republican members of the three committees are attending the witness interviews and their counsels can ask questions, but if they had any say in the matter, there wouldn't be an inquiry at all.

My own thoughts: I appreciate the arguments made by the listeners, but I am with the newsroom on this one. Many are frustrated by the extreme partisanship of our civic culture, but the reports about the "Democratic" inquiry are an accurate reflection of it to date. When the full House votes tomorrow, it's almost certain to be along partisan lines, with nearly all Democrats on one side and all or nearly all Republicans on the other. If the inquiry garners more Republican support, however, I would expect the language to evolve, too.