Accessibility links
A Break To Share Your Thanks : NPR Public Editor Highlighting some much-appreciated NPR journalism, including 2020 election coverage, an in-depth climate change report and more. 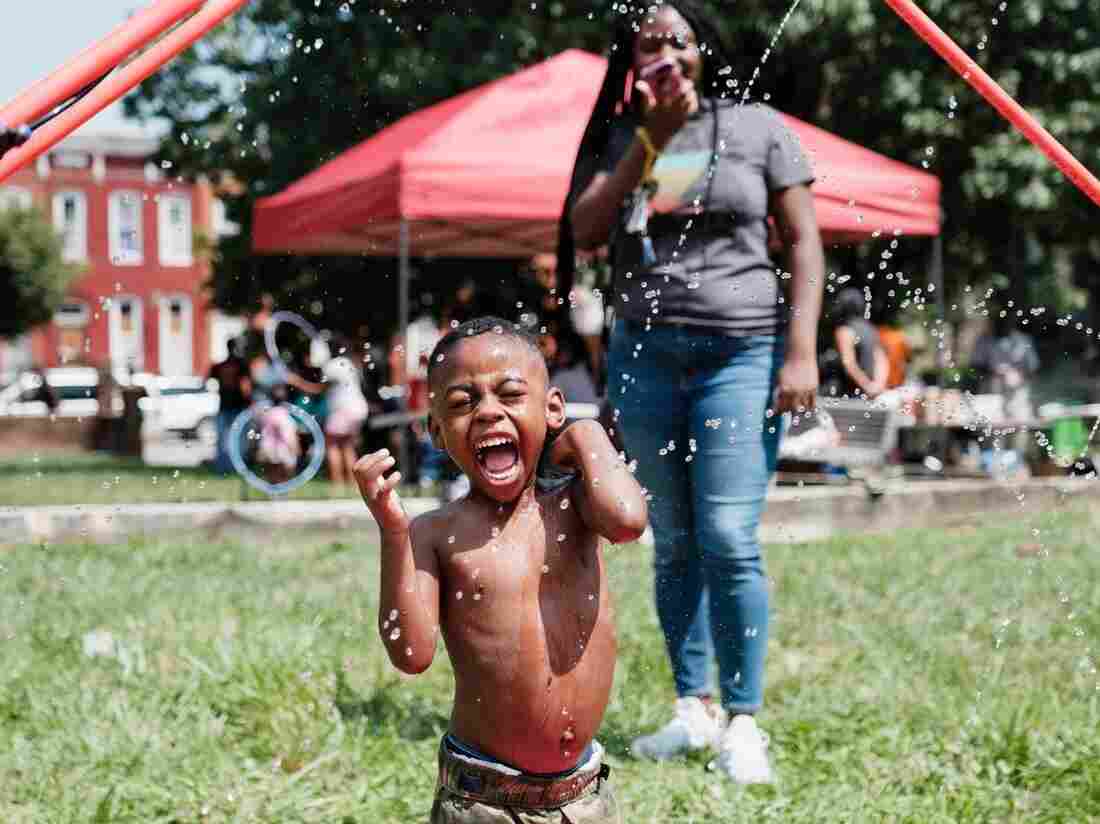 Children play in a temporary splash park in Franklin Square, a Baltimore neighborhood hotter than about two-thirds of the other neighborhoods in the city. Ian Morton/NPR hide caption 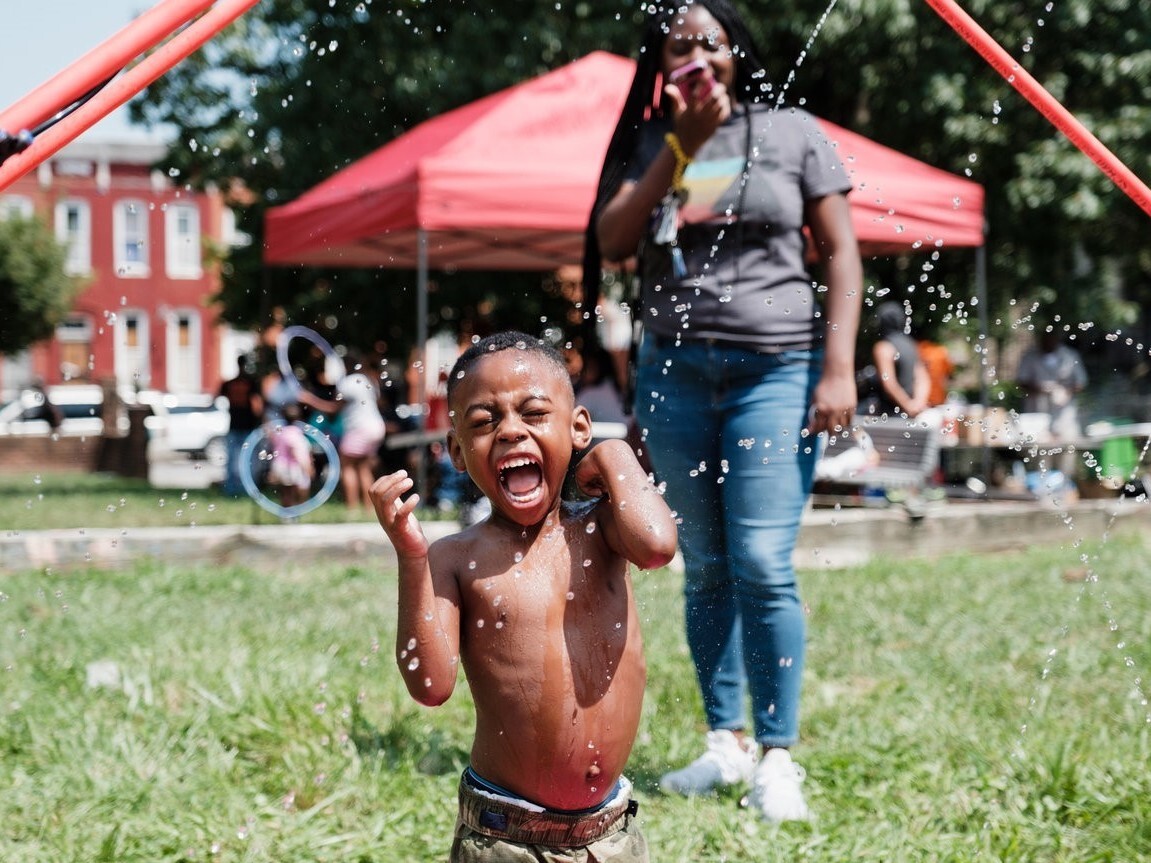 Children play in a temporary splash park in Franklin Square, a Baltimore neighborhood hotter than about two-thirds of the other neighborhoods in the city.

The Public Editor's office received 8,958 emails from Nov. 1, 2018, through Nov. 1, 2019. That's some 3,000 more than last year, most certainly a reflection of the heightened public interest in news coverage of political affairs. Sprinkled in amid the concerns that our office is here to address, we sometimes find praise from listeners and readers. In the spirit of this week, we offer up thanks from you, and us, for just some of the NPR reporting we've appreciated this past year.

Covering a Democratic presidential race with more than two dozen candidates poses all sorts of challenges for any news organization. NPR's reporters have interviewed the candidates for months, of course, and followed them around the country on the campaign trail and to the multiple debates. It was only logical for NPR to turn its Politics Podcast into a daily listen, but that was not an easy logistical undertaking. NPR listeners have been happy to have the political news covered, however they prefer to get their news.

But voters still have lots of questions, and they aren't always the ones that reporters might ask. NPR's "Off Script" series has paired undecided voters with some of the candidates so they can ask about their own concerns. That has led to thoughtful exchanges that draw praise from listeners every time they air. Are more coming? The newsroom will say only that it is looking forward to keeping the conversations going. Catch up on the segments that have already aired here.

Speaking of immense efforts, let's hear it for NPR's live coverage of the U.S. House impeachment hearings; our office has received many messages from listeners who appreciate being able to hear the whole thing for themselves. Wrote one Charlottesville, Va., listener: "I'm writing to thank the NPR journalists for their exhaustive (and exhausting!!) coverage of the Impeachment Hearings. Talk about working hard! There are so many of us who are deeply grateful."

As our office reported earlier this year, NPR listeners and readers want urgent and varied coverage about climate change. One series that answered this call came from the NPR investigations unit: "Heat and Health in American Cities," a three-part collaboration by Nora Eckert, Meg Anderson, Sean McMinn, Nick Underwood and the Howard Center for Investigative Journalism. The stories explored the connection between climate change and public health, linking rising temperatures to issues like mental health and disproportionate effects for poorer communities. Not only did the digital versions on npr.org include graphics to illustrate the heat indexes in different U.S. cities, but the team also made its full data and code available for public access on GitHub.

Did you tear up listening to Lynn Neary's look back at the nearly 40-year history of Dolly Parton's "9 to 5"? Stop in your tracks to listen to Eric Westervelt's unpacking of "America the Beautiful," or Sam Sanders on Robyn's "Dancing on My Own"? You're not alone, as letters to our office attest. Whatever your preferred style of popular music, NPR's multi-year "American Anthem" series has taken listeners deep into the songs that have connected and inspired communities across the years. The result has been riveting radio.

A few other shout-outs

Have time to check out some other great reading and listening over the holiday? Other work this year that has drawn praise includes "After The Water," an interactive digital story that explores the aftermath of the flooding in Old Ellicott City, Md.; "I'll Be Seeing You...," a special series about "the technologies that watch us;" the Morning Edition series, "A Foot in Two Worlds," about the experiences of those affected by the deepening tensions between the U.S. and China; and a personal favorite here in the Public Editor's office, this Rough Translation look at the place a McDonald's franchise played in the life of residents of an immigrant neighborhood in Marseille, France.

Finally, if you're a regular reader of this column, then you've noticed frequent appearances by Mark Memmott, NPR's standards and practices editor. He helped write NPR's Ethics Handbook and he has been a calm and reasoned voice in the newsroom on issues of ethics, transparency and accountability. Memmott is leaving NPR for a job as statewide managing editor of The Texas Newsroom, a new public radio journalism hub (more on that in an upcoming column). NPR listeners and readers, the newsroom and the Public Editor's office owe him immense thanks.