Accessibility links
"Killing" Or "Assassination"? : NPR Public Editor Listeners and readers question how NPR has described the killing of an Iranian general. 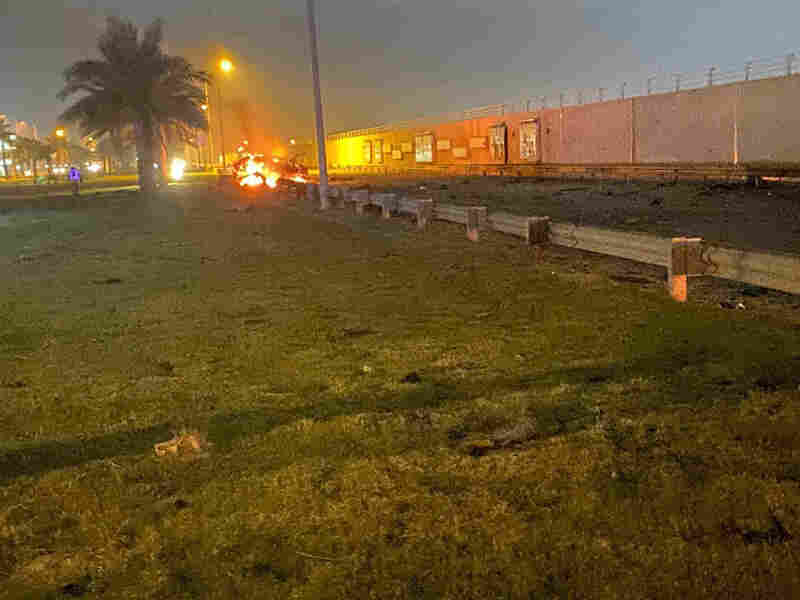 The remains of a burning vehicle at the Baghdad International Airport following an airstrike early Friday, Jan. 3, 2020. The Pentagon said Thursday that the U.S. military killed Gen. Qassem Soleimani, the head of Iran's elite Quds Force, at the direction of President Donald Trump. AP hide caption 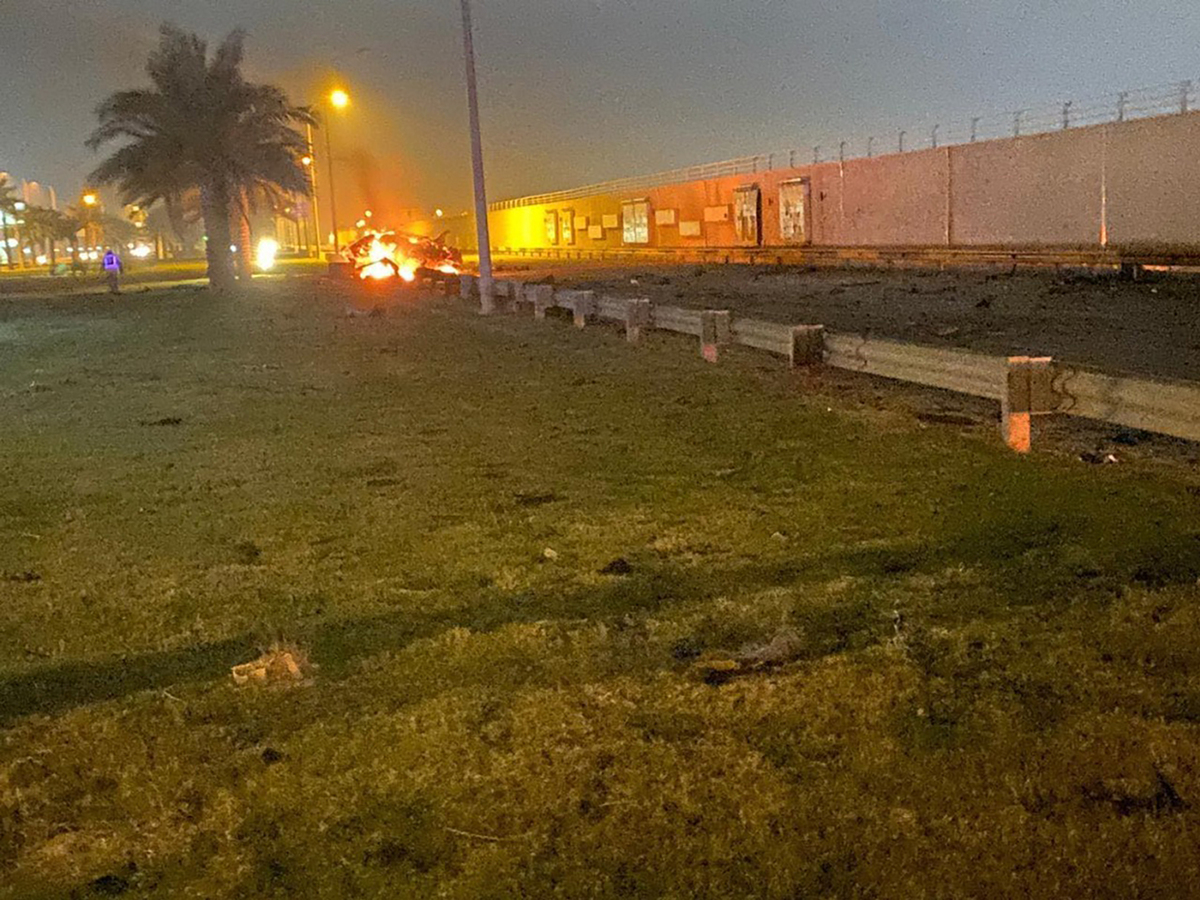 The remains of a burning vehicle at the Baghdad International Airport following an airstrike early Friday, Jan. 3, 2020. The Pentagon said Thursday that the U.S. military killed Gen. Qassem Soleimani, the head of Iran's elite Quds Force, at the direction of President Donald Trump.

Listeners and readers have asked about NPR's policy regarding the use of the word "assassination" to describe the targeted killing of Iranian General Qassem Soleimani. We asked the newsroom to explain.

Soleimani was commander of Iran's Quds Force, an elite unit of Iran's Islamic Revolutionary Guard; the Trump administration has labeled it a terrorist organization. Its actions led to the injury and deaths of, by the president's account, hundreds of American civilians and military personnel. Soleimani was killed in a U.S. drone strike, near the Baghdad airport in neighboring Iraq, last Friday.

The White House had accused Iran of orchestrating the non-deadly attacks on the U.S. Embassy in Baghdad in the days before Soleimani's death. Crucially, Trump also said that Soleimani "was plotting imminent and sinister attacks on American diplomats and military personnel, but we caught him in the act and terminated him." But Trump has also since said that Soleimani "should have been taken out a long time ago. And we had a shot at it, and we took him out." Administration officials have repeated the claim that deadly attacks were imminent, but they have as yet offered no details or evidence to back it up.

We have been having conversations between our reporters and editors in the newsroom about the use of the word assassination describing the killing of Iranian Major General Qassem Soleimani by U.S. Forces. While we have not mandated the word's use, it has been used in our coverage in headlines and in our stories. We feel it is an appropriate use of the word, which is defined as the killing of a political leader by surprise. We realize there is some debate about the term as it is an illegal act under U.S. law and the current administration does not call Gen. Soleimani's death an assassination. We have addressed the debate in our coverage.

As one NPR listener wrote, objecting to the word's use, "Assassination is a strong and inflammatory term."

It is indeed inflammatory, to some, in the current context of political divide. But the relevant principle in the newsroom should be something else: Is it accurate?

"Assassination" has both a common meaning and a legal one. While some dictionaries use the word "killed" (as Holmes and Samuel did), NPR's dictionary of record (Webster's New World College Dictionary, Fifth Edition) defines the word this way: "To murder (esp. a person who is politically important or is prominent), typically by surprise attack and usually for payment or from zealous belief."

The Associated Press, which NPR generally turns to for style guidance, says: "Use the term only if it involves the murder of a politically important or prominent individual by surprise attack."

Unlike the newsroom's understanding of the word ("the killing of a political leader by surprise"), both those definitions incorporate the word "murder." And "murder" itself has both a common meaning (to kill someone) and a legal meaning (an unlawful killing).

As a result, AP itself is not using the word in this case. Its standards editor, John Daniszewski, wrote: "The AP has mostly refrained from describing Soleimani's death as an assassination — both because it would require that the news service decide that the act was a murder, and because the term is politically freighted."

"Politically freighted" should not scare NPR journalists off using a term if it is accurate. But as Holmes and Samuel said, NPR itself has reported (here and here) that legal experts are divided on whether "assassination" or "murder" (take your pick) applies here. Even murkier, the domestic and international standards to support the legality of such a killing are different.

Daniszewski offered a very detailed look at the legal arguments surrounding Soleimani's killing. I'd urge those who are passionate about this debate over the word "assassination" to read it closely.

Holmes told me he believes "we should always be using common definitions and using context and explanation if using a legal one. In the case we're talking about, the 'killing' or 'assassination' was carried out by a foreign government in a sovereign country. This 'killing' was not adjudicated in an American or Iranian court of law, so who gets to define it? Common use seems more appropriate in my view."

Me, I'm going to waffle just a bit here, largely because ethics and language issues are not always as clear cut as we would wish or as some might think they are. "Targeted killing" is just as accurate a description, without pulling punches. But if the administration does not offer more details to back up its claim that Soleimani's killing was meant to deter imminent lethal attacks on U.S. citizens (which would make the legal self-defense argument more potent), then the word "assassination" seems justified.