May 31, 2019 • This week the central U.S. has flooded and experienced deadly and damaging tornadoes. When it comes to what Americans could see more of due to climate change — the links are present, but complicated. 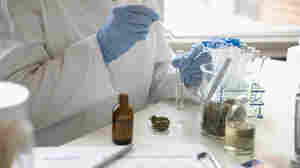 Cannabidiol, or CBD, is a compound that can be extracted from marijuana or from hemp. It doesn't get people high because it doesn't contain THC, the psychoactive component of the cannabis plant. Getty Images hide caption

May 31, 2019 • The marijuana and hemp extract has been touted as a way to ease anxiety and inflammation, despite limited science. Now, the FDA is holding its first public hearing on cannabidiol. 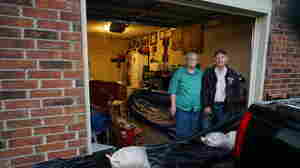 John and Louise Hutchins stand in their garage in Fort Smith, Ark., behind a homemade sandbag barrier. They chose not to evacuate, in part because they did not think their neighborhood would flood. Nathan Rott/NPR hide caption

May 31, 2019 • The Arkansas River is rising well above its previous record, and it's forecast to stay that way for days. That's putting pressure on old levees and making it hard for some residents to evacuate. 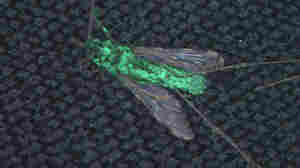 An Anopheles coluzzi mosquito, which can transmit malaria, with a genetically modified fungus emerging from the body after the insect's death. A green fluorescent protein was included to mark the fungus, shown under a UV light. Courtesy of Brian Lovett hide caption

May 30, 2019 • The modified fungus produces spider toxin that rapidly kills mosquitoes, raising hopes for a new weapon to fight a disease that sickens millions. But not everyone is convinced. 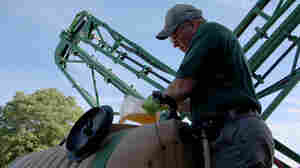 May 30, 2019 • The world's most widely used weed killer was once seen as one of the safest pesticides. Now it is blamed for causing cancer. Yet the scientific evidence remains disputed. 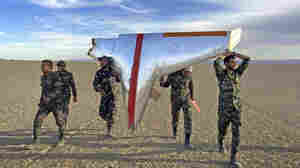 May 29, 2019 • Iran has been developing drones for both itself and its proxies. In recent months those drones have been used for targeted assassinations, military strikes and to sow chaos in the region. 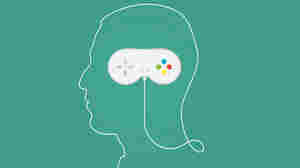 May 28, 2019 • For the first time, the World Health Organization will list "gaming disorder" as a behavioral addiction, a controversial move for some.

May 28, 2019 • Self-driving cars may be great for those who don't want to own a car or get behind the wheel, but they promise to be a nightmare for parking enforcement. 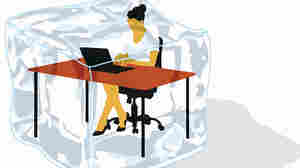 As the battle for the thermostat is being waged in offices and homes across the U.S., a new study shows that women perform better in certain areas when the temperature is higher. Neil Webb/Getty Images/Ikon Images hide caption

May 26, 2019 • Do you often hear your colleagues complain that the office is too cold or that they have to bundle up? A new study shows that women are more productive when their surrounding temperatures are higher. 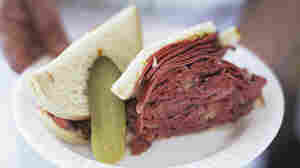 An imbalance between matter and antimatter in the universe produced all the things in existence, including corned beef sandwiches. Erik Rank/Getty Images hide caption

May 25, 2019 • Somehow, at the beginning of time, there was an imbalance of matter and antimatter. That's how all the stuff in the universe came about. Scientists think they may find an answer by studying neutrons. 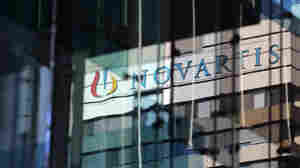 Zolgensma, a new drug approved by the FDA Friday, costs more than $2.1 million. It's made by AveXis, a drugmaker owned by pharmaceutical giant Novartis. Bloomberg/Bloomberg via Getty Images hide caption

At $2.1 Million, New Gene Therapy Is The Most Expensive Drug Ever

May 24, 2019 • The Food and Drug Administration approved a new gene therapy for a rare but devastating genetic disorder. The drugmaker says the cost is worth it because it's a one-time treatment that saves lives.

At $2.1 Million, New Gene Therapy Is The Most Expensive Drug Ever

May 24, 2019 • Author Michael Pollan experimented with mushrooms, LSD and other psychedelics while researching his latest book, How to Change Your Mind. Originally broadcast May 15, 2018. 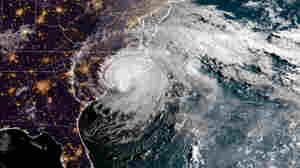 Hurricane Florence made landfall in North Carolina on Sept. 14, 2018. The National Oceanic and Atmospheric Administration forecasts that two to four major hurricanes will form in the Atlantic during the 2019 hurricane season, which begins June 1. NOAA via Getty Images hide caption

May 23, 2019 • NOAA forecasts that two to four major hurricanes will form this year in the Atlantic. But even an average year can cause record-breaking damage, as storms get bigger and wetter.

May 23, 2019 • For decades, researchers have followed the participants of a 1960's preschool program. They found a range of social and economic benefits, and not just for the participants in the program.