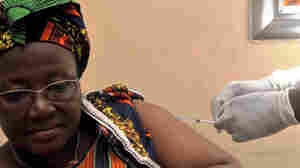 A woman receives the rVSV-ZEBOV Ebola vaccine at a clinical trial in Conakry, Guinea. The vaccine appears effective after only one shot. Cellou Binani/AFP/Getty Images hide caption

July 31, 2015 • In a small trial, an experimental vaccine protected 100 percent of people at high risk for Ebola. But more data are needed to figure out exactly how well the vaccine works.

As Beijing Prepares To Host Winter Olympics, Where Will It Get The Snow?

July 31, 2015 • NPR's Melissa Block talks with Jennifer Turner, director of the China Environment Forum at the Woodrow Wilson Center, about water resources and environmental concerns in the extremely arid region.

As Beijing Prepares To Host Winter Olympics, Where Will It Get The Snow?

As The West Craves Drought Relief, El Nino May Do More Harm Than Good

July 31, 2015 • There is much hype around a potential El Nino that could help ease the drought on the West Coast. But there are concerns that a deluge of rain could do more harm than good for the long term drought outlook.

As The West Craves Drought Relief, El Nino May Do More Harm Than Good

July 31, 2015 • A series of sting videos targeting Planned Parenthood is raising questions about the field of fetal tissue research. Companies who buy and sell such tissue defend their work.

July 31, 2015 • More than 11,000 dams across the U.S. have protected lives and property from flooding for decades. But age is catching up to them, and many need repairs. Record rain hasn't helped matters this year. 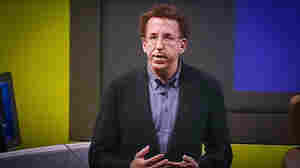 Healthy diets help prevent, even reverse, some health conditions. Dr. Dean Ornish believes it can also do the same for cancer. Courtesy of TED hide caption

July 31, 2015 • Dr. Dean Ornish studied how lifestyle changes could help people with chronic heart disease; he wanted to figure out if there was a way to do the same with some types of cancer.

Can Healthy Eating Reverse Some Cancers? 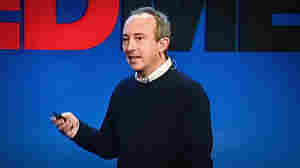 "The goal of me as a cancer doctor is not to understand cancer ... the goal is to control cancer," says Dr. David Agus. Courtesy of TED hide caption

David Agus: Is Our Narrow Focus On Cancer Doing More Harm Than Good?

July 31, 2015 • Dr. David Agus believes that current research is too narrowly focused on the specifics of cancer. Instead, he thinks broader, more interdisciplinary methods are needed to control and treat it.

Is Our Narrow Focus On Cancer Doing More Harm Than Good? 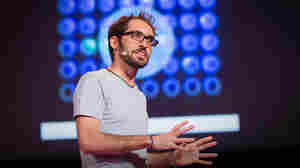 "We have 21st-century medical treatments and drugs to treat cancer, but we still have 20th-century procedures and processes for diagnosis," says Jorge Soto. James Duncan Davidson/TED hide caption

July 31, 2015 • We often discover cancer after it's too late to treat. Jorge Soto is in the process of creating a simple, fast and cheap method for early cancer detection and all it takes is a few drops of blood. 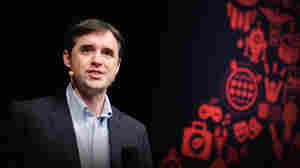 July 31, 2015 • Giving away something that could make you a billion dollars sounds foolish. But Dr. Jay Bradner believes it's essential to share even the most prized scientific discoveries if we hope to cure cancer. 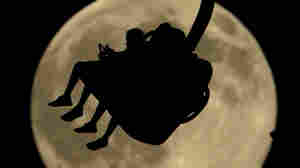 People are silhouetted against a nearly full moon as they ride an attraction at Worlds of Fun amusement park Thursday in Kansas City, Mo. July 31 marks the second full moon of the month, a rare occurrence that has come to be known as a "blue moon." Charlie Riedel/AP hide caption

Why Peer Pressure Doesn't Add Up To Retirement Savings

July 31, 2015 • People often do what their neighbors do. A firm decided to get more people to sign up for retirement plans by telling employees how many of their coworkers had signed up. What happened next?

Why Peer Pressure Doesn't Add Up To Retirement Savings 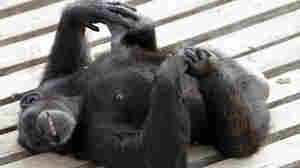 July 30, 2015 • The judge wrote that someday they may get legal rights, but courts don't embrace change quickly. The chimps are held by Stony Brook University. 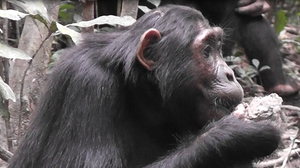 July 30, 2015 • A group of Ugandan chimps has found a great way to boost their mineral intake and neutralize bitter compounds in their diet: by eating clay.

July 30, 2015 • NPR's Melissa Block speaks with the AP's Brazil bureau chief Brad Brooks about the investigation, which found high levels of dangerous viruses in water venues for the 2016 Summer Olympics.