Accessibility links
The Lost Elegance Of Football Jerseys : Show Me Your Cleats! - World Cup 2010 Blog Today's football jerseys with their logos and designs are a far cry from the elegance of Peru's 1970 World Cup Jersey. 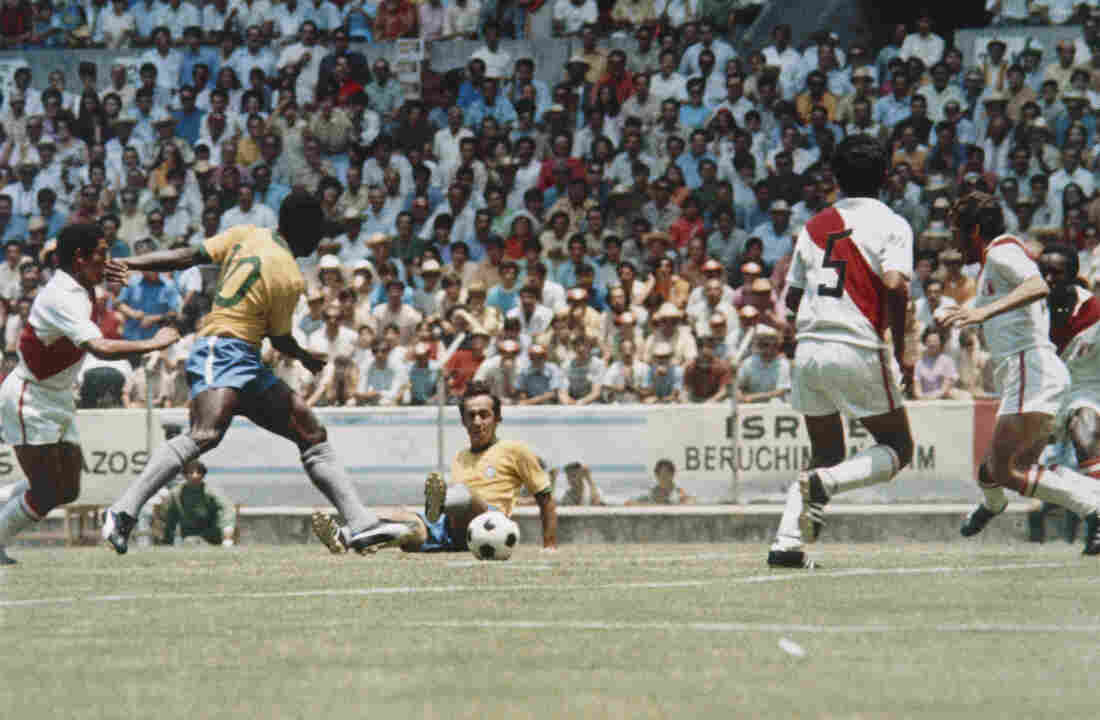 In 1970 I celebrated perhaps the greatest accomplishment of my young life.

I collected the entire set of World Cup soccer cards.  It took all my pocket money and hours of painful playground negotiation. (Any other Brits of a certain age might remember that England defender Emlyn Hughes was an especially tough get.)  And somewhere along the way I fell in love with a soccer shirt.

Peru’s uniform that year was elegant and its team was pretty good as well.  The shirt featured a red diagonal stripe on a plain white shirt, a collar that was retro even in 1970, and there wasn't a sportswear manufacturer’s logo in sight.

To this day, I still think it’s the beautiful game’s most beautiful shirt.

Good luck finding a logoless shirt today. Perhaps the fiercest World Cup competition of all is between Puma, Adidas and Nike, who equip the majority of teams in South Africa.

Fortunately, designers can’t mess with tradition too much. Holland’s orange "home" shirts are as much part of the country’s national identity as windmills and tulips.

England wear white at "home" and red "away," and when a sportswear company debuted a grey England shirt in the 1990’s a nation choked on its beer.  And if Brazil took the field in fusia rather than gold, it would be as shocking as discovering the women on Copacabana beach wearing one-piece, Victorian bathing costumes.

Confined largely to tweaking classic designs, the Tim Gunn’s of the sportwear industry have exercised restraint in 2010. Most of the innovation is in the high-tech materials designed to enhance performance.  But there are a few sartorial misfires. 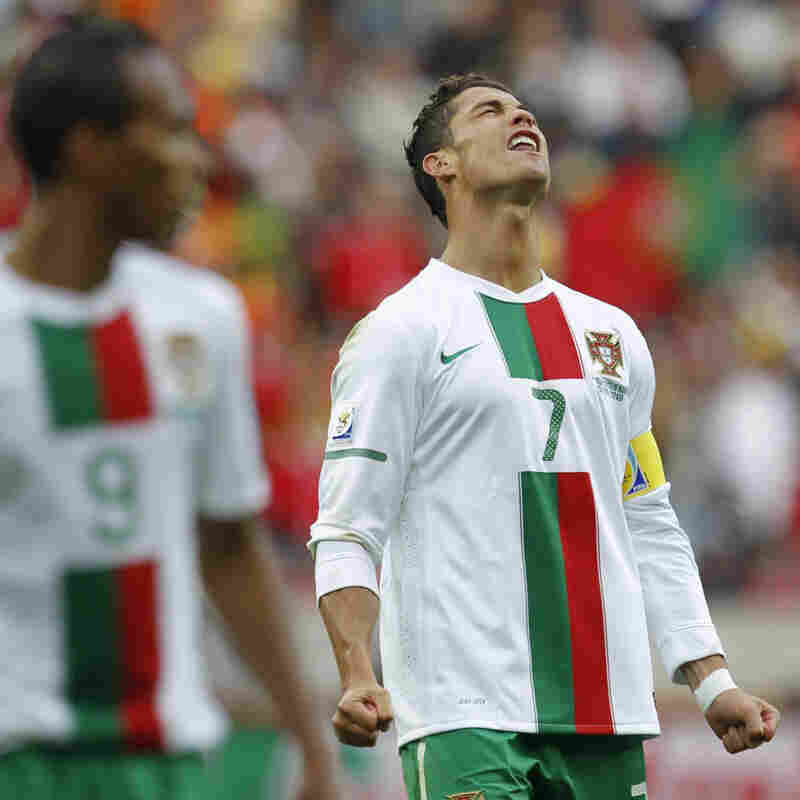 France has a fussy collection of stripes on both shoulders and chest, Denmark’s shirts have a peculiar pattern that looks like a demented game of pong, while Slovenia’s uniform features either an electrocardiogram or is intended as an illustration of the mountain they have to climb to win the tournament.

As for the best overall designs "home" and "away," I give the nod to Nike’s creation for Portugal -- the "home" shirt is a tasteful riff on tradition, while its "away" uniform has designer flair.

Puma’s “away” designs for Ivory Coast and Ghana are distinctive and fun.

But my favorite World Cup 2010 jersey: the U-S “away” shirt.  Diagonals again.