Blonde Bombshells Out On Bail

Blonde Bombshells Out On Bail 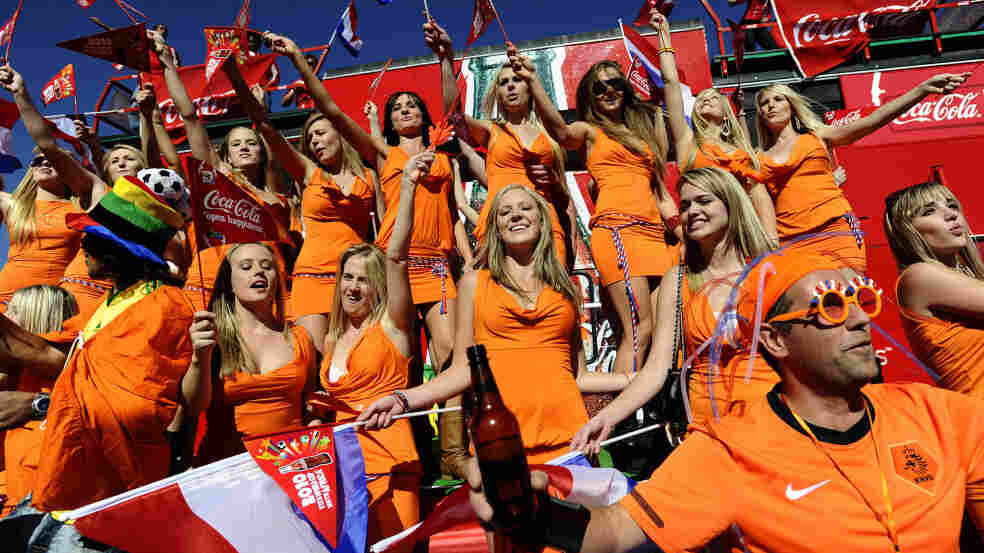 The scene of the (alleged) crime. Olaf Kraak/AFP hide caption 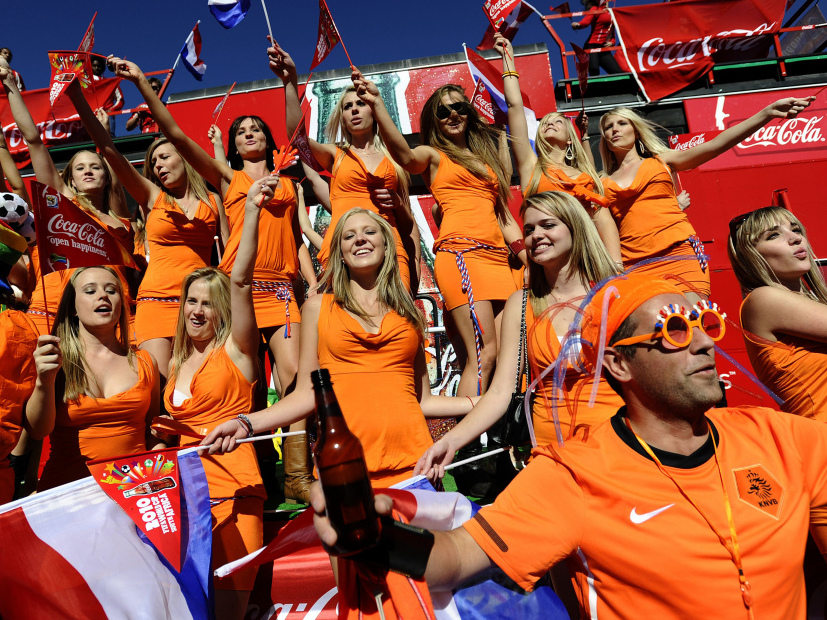 The scene of the (alleged) crime.

As Yahoo's Dirty Tackle blog says, the story of 30 or so Dutch blondes who showed up at the Netherlands/Denmark match on Monday in matching orange miniskirts "has gotten even stranger."

Two of the women are now free on bail after being arrested by Johannesburg police for allegedly violating South Africa's laws regarding "ambush marketing." Those laws protect companies that have paid millions for the right to have their names plastered all over sporting events such as the World Cup from seeing other businesses flog their wares for free.

You might have heard (especially if you're a guy) that the ladies were at the match to publicize the Dutch beer company Bavaria. They allegedly got the tickets from ITV commentator Robbie Earle, who played for Jamaica's national soccer team and for the English professional teams Port Vale and Wimbledon.

Earle's been fired by ITV for his role in the publicity stunt. The young ladies are due back in court next Monday. Wonder what they'll wear?