Accessibility links
RESULTS: Knockout Stage : Show Me Your Cleats! - World Cup 2010 Blog The knockout stage of the 2010 World Cup began last Saturday. NPR's 'Cleats' took a look at the matches, the players to watch, and predicted who would go through to the quarter finals. Check and see how we did. 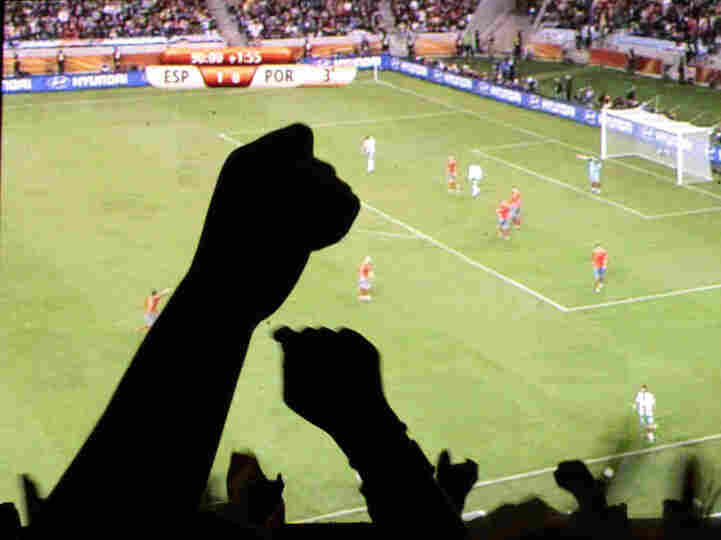 Fans cheer during the final match of the round of 16 where Spain beat Portugal: 1-0 Arturo Rodriquez/AP hide caption

The knockout stage of the FIFA World Cup is over.  Below is the list of teams that made the group of 16 and 'Cleats' predictions for which countries would move on to the quarter finals.

Now that the results are in, how do you think we did?

(this was originally published on Friday, June 25, but has been updated with match results)

*UPDATE: Oops! Looks like we got that wrong: Ghana won 2-1

*UPDATE: No comment, too busy crying: Germany with the win 4-1

*UPDATE: Right again!: Argentina 3-1, Aguirre's mistake might have been his decision to use old-hand(s) goal keeper, Conejo Perez.

*UPDATE: Not a difficult one to call, the seleção is in the house, 3-0

*UPDATE: Great defending on both sides leading this game to a penalty shootout, in the end Japanese defender Komano missed his shot and Paraguay moves on to the group of 8: 5-3

*UPDATE: There was an internal battle at 'Cleats' over this prediction, Sweeney said Spain, Turpin claimed Portugal.  Meraji backed Turpin because she's in love with Cristiano Ronaldo and Spain let her down early on in the tournament.

Sweeney and Spain with the win: 1-0 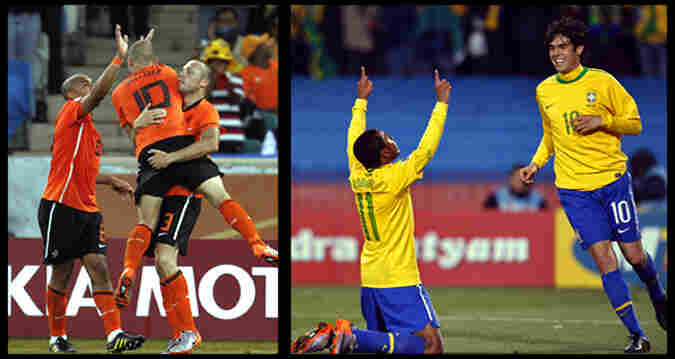 Composite made from AP images