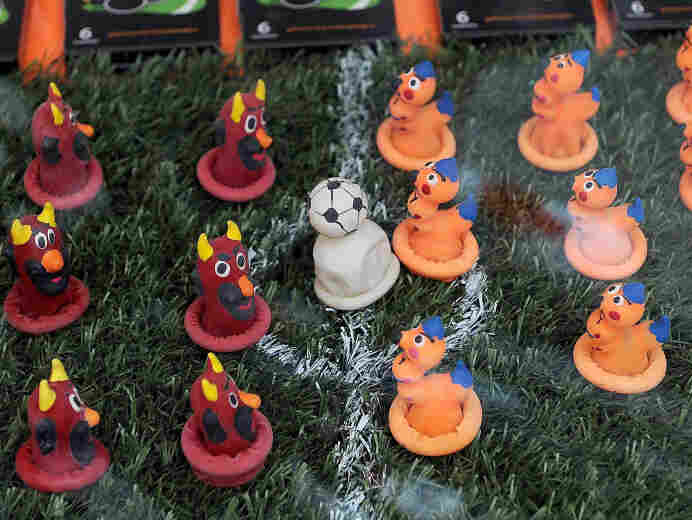 The 2010 World Cup final features Europe's two biggest party countries: Spain and Holland. That fact alone -- and scenes of fans-gone-wild in the huge plazas of Amsterdam and Madrid -- should help ease the global audience's distaste for an all-Europe final.

And the fact that the title game will lack both the German team's discipline and the Italian squad's stubbornness also helps -- this is just the third time since 1966 that neither of those teams is in the final. Instead, we get teams representing some of the world's most accomplished revelers.

Of course, it takes money to party -- especially in Europe. The Netherlands and Spain will be competing for the $30 million top prize; the loser gets $24 million. Either check would cover a lot of sangria -- and that comes on top of the $1 million FIFA gives to each team making the trip to South Africa.

The players' cut is determined by their national soccer associations. And here's where Spain might have an edge: Each Spanish player stands to get a check for 600,000 euros (nearly $760,000) if they win Sunday -- tops among all teams.

Spain is now threatening to become the New England of the international sports scene. Just as the Boston area had the Patriots, Red Sox and Celtics winning titles within years of one another, Spain has Raphael Nadal dominating at the French Open and Wimbledon, Alberto Contador vying for a second win at the Tour de France -- and now the country is poised to bring home its first-ever World Cup.

Throw in the fact that Spain is already the reigning European champion, and the situation borders on excess; it's just unseemly.  So I have to say, go Netherlands!

In casual sports-bar conversations, I've found that many people seem to think European teams have dominated the World Cup, and that it's high time for things to even out.

I like the idea that no matter what happens, we'll have a first-time champion this year: The Netherlands and Spain have never won the Cup, while the third-place match features two former winners, in Uruguay and Germany. Following up on their previous strong showings, Ghana, South Korea and Japan all showed signs that they're able to challenge elite teams from Europe and South America.

Plus, the United States team got U.S. fans to care about the Cup -- partly because they were victimized by bad calls, but also because Landon Donovan, Clint Dempsey, Jay DeMerit and Co. have the talent to make big games exciting.

No, I'm not talking about how the officials seemed to do everything they could to send Landon and the boys packing. What I mean is, there's an actual game for THIRD PLACE. To channel my uncle for a sec, What kinda U.N.-sponsored insanity is that? Do they also hand out Excellence Trophies, congratulating players for putting on their shorts with the strings up front?

Okay, I admit that it's kind of quaint that teams play for third place -- and it's true that third is the best the U.S. team has ever done in the Cup. But then I ask myself if I'd rather watch the Germany-Uruguay game or get out and enjoy the sunshine on Saturday. And I'm planning a pool trip before I even finish the question.