Crying Oranje Tears For The Netherlands

Crying Oranje Tears For The Netherlands 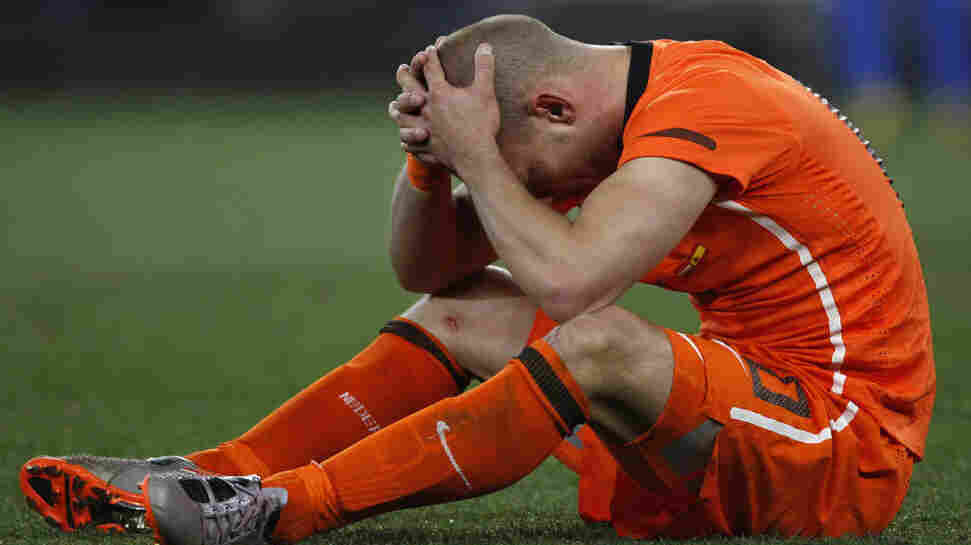 I've taken off my feathered orange headdress, wiped the orange glitter off my face. The last of the orange cupcakes I baked last night with love have been claimed and eaten.

With Holland's loss to Spain I felt — in the contagious parlance of my English expat bar buddies — gutted.

My friend Lorenzo, born and raised in Mexico, just approached me. "I'm sorry, Rosie," he said. I shrugged my shoulders. "But if Mexico had made it to the final," he added, "win or lose, I would've been happy."

Thinking back to the days before the World Cup started, and the predictions during the earliest stages, Spain was a favorite from the get-go. Holland? Nah. Despite win after win, countless commentators and reporters said they were flying under the radar. And, as I confessed earlier, even as a dedicated Oranje fan, I didn't expect they'd make it to the final. But then, when they beat Brazil, it seemed like anything was possible.

So yes, Lorenzo, I am happy that the Dutch made it this far. I do wish, however, that it had been a better final — not merely that Holland had prevailed, but that both they (and their opponents) had played better. The first half was pretty nasty business all around — though Holland, I admit, played particularly rough. I kept wishing they'd just calm down a bit (easy for me to say). Yet they were also, throughout most of the game, strategically, and physically, stronger.

I'll point to no villains, among players (or refs). For now, I'll congratulate Spain on its first trip to the finals, its first World Cup triumph. But Holland, I'm still with you. I always will be. And I can't wait to see what you'll look like in four years — when your superstar player might just be a guy named Eljero Elia.