Accessibility links
South Africa: Back To Life, Back To Reality : Show Me Your Cleats! - World Cup 2010 Blog The rainbow nation goes back to work and back to real life after hosting a very successful World Cup. NPR's Africa correspondent, Ofeibea Quist-Arcton hopes the world sends South Africa good vibes to keep the country on "Soccer Cloud 9."

South Africa: Back To Life, Back To Reality

South Africa: Back To Life, Back To Reality 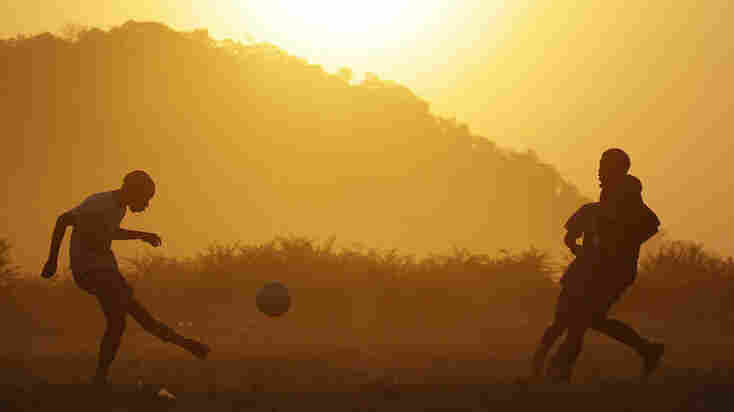 It’s early Monday in Joburg on a bitterly wintry morning-after and it is back to reality in South Africa: Kids head back to school and workers to work, after a month off for some, as the visitors fly home to different corners of the globe.  The competing soccer teams, and even the naysayers, are long gone.

South Africa is still backslapping itself for having put on a tremendous performance hosting the 2010 World Cup, despite rough play during the final between the victorious Spanish and the Dutch spoilers (my opinion).

But back to my point: In the past few days there’s been much negative psychological talk here about post-tournament blues, depression and a long World Cup hangover in South Africa.

Analysts and specialists have been consulted and confirm this is inevitable and that the World Cup high remains for only so long, before the low sets in.

And all you Cleaters out there (or Studs as the translation would be in British English!) please send some positive soccer vibes winging over this way to cheer up the welcoming hosts of Africa’s first World Cup and to keep South Africa on Soccer Cloud 9 for a while.

With talk of the spirit of ubuntu, togetherness and cooperation -- that has reigned through the month-long duration of the global championship -- making way for uglier intentions by the disgruntled, it’s essential for South Africa to focus on that World Cup buzz word “legacy”.

Focus on the gains Mzansi! There surely are and will be many for South Africa. Visitors are leaving your country with a good, good feeling and will spread the word.

Sure, attention will be back on pressing national priorities in an instant, and it’s up to the government and the politicians to deliver on its pledges.

Meanwhile we salute you, South Africa, for giving us a good time and a good show for 31-plus days and we thank you. Re a leboga, Siyabonga, Enkosi, Baie Dankie.

And good luck for that 2020  Olympics' bid; it's bound to come.  And you will have many global supporters!

P.S.  A new flower has been discovered and named here in South Africa.  It's called -- yes you've guessed -- the (Moraea) vuvuzela!  It's a species of the "iris" family and was discovered near Cape Town.  The South African National Biodiversity Institute's website declares that its flared yellow flowers and their "massed, synchronous appearance" have appropriate associations with that ubiquitous and colourful SA soccer horn.