The Future Of America

The Future Of America 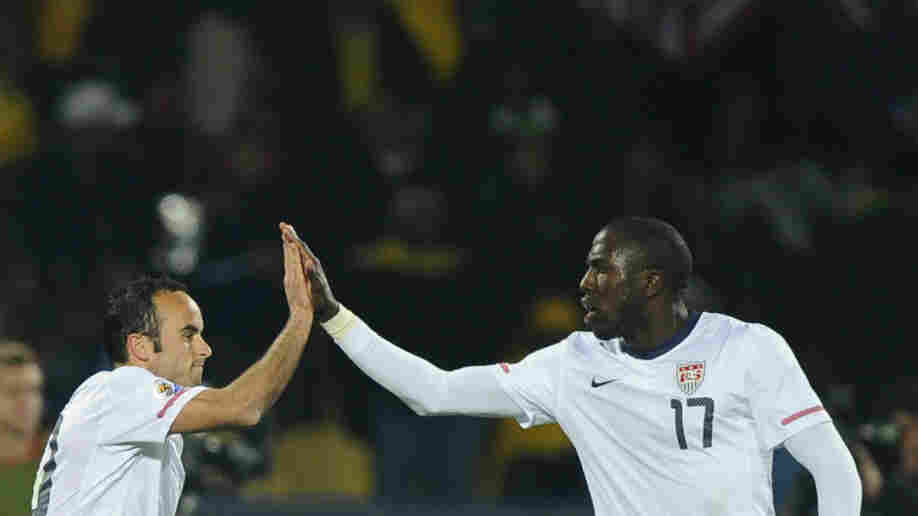 We love drafts. There are plenty of fans who are more into the NFL draft than the NFL season.  We love lists and all-star rosters. Americans love statistics. We prefer the precision of measuring individual performance to the soft science of gauging team chemistry. Often we love the future more than the present.

There are several glaring issues. Who will be the coach? Bob Bradley? Jurgen Klinsmann? None of the above? A plurality of punditry is guessing Bradley will be replaced with a European, someone who might give the U.S. more of a stylistic and tactical identity.

Equally important, will the U.S. find any strikers worthy of the world stage? No American striker scored in the 2010 Cup. In 2014, Jozy Altidore may be that hero. The problem is he that has no rivals his age. Charles Davies, several years older, may come back. But I firmly believe fandom’s infatuation with him the last year has been a pure “grass is greener” deal.

Most of the starting back line won’t be back, except for Onyewu. Jonathan Spector and Gooch are fine building blocks, but the U.S. is on the hunt for great young atheletes who can acquire a couple years of top flight European experience.

Finally, there’s the ‘duh’ point: The Americans have no international superstars and no prospects. Optimistically – OK, fantastically -- Donovan comes to Europe, has four great and healthy years and is a seasoned but slightly over the hill leader in 2014. Michael Bradley moves to a top-flight team and becomes a truly top-flight midfielder. And Altidore becomes a star.

And until the U.S. can field a handful of players who play essential roles for the very best European sides, they’ll be a team whose highest hopes are to win one game after group play.

If you want to have fun reading speculation and reporting about young hopefuls in Europe, the MLS and South America, surf around to the Bleacher Report. ESPN’s Jess Carlisle also has a brief look ahead here. And ESPN has another short wrap here, but you have to pay to see, sorry.