Accessibility links
Trump Supreme Court Announcement A Big Day For America's Future : Supreme Court Nomination President Trump's move to replace the late Justice Ruth Bader Ginsburg on the Supreme Court has triggered a fight for the direction of the country with just weeks to go until Election Day. 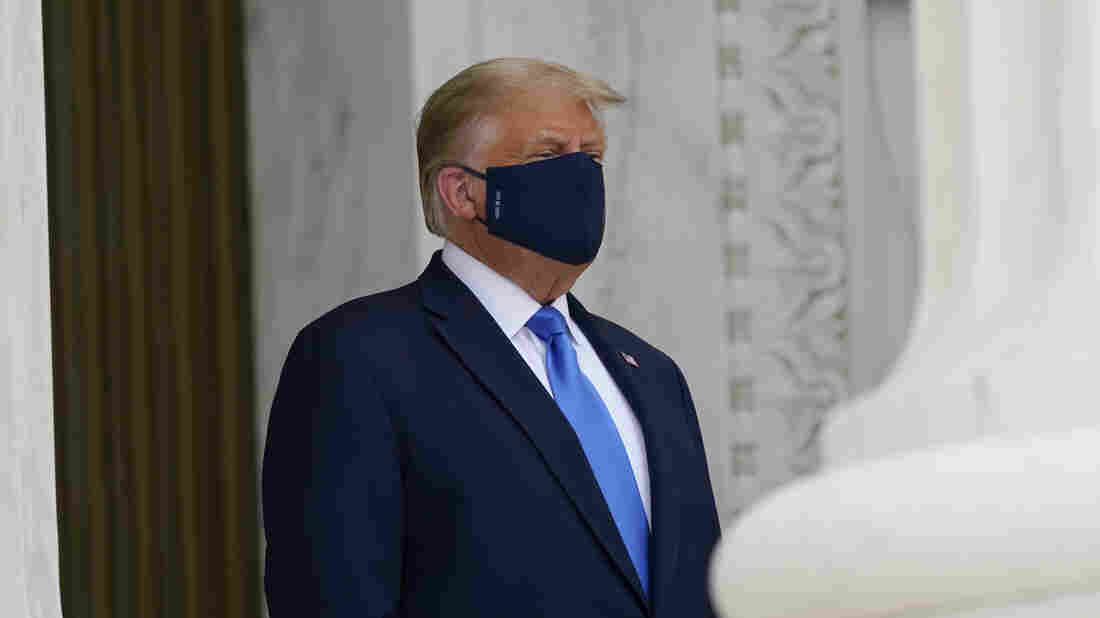 President Trump visits the Supreme Court Thursday to pay respects, as Justice Ruth Bader Ginsburg lies in repose at the top of the front steps of the court. Pool/Getty Images hide caption 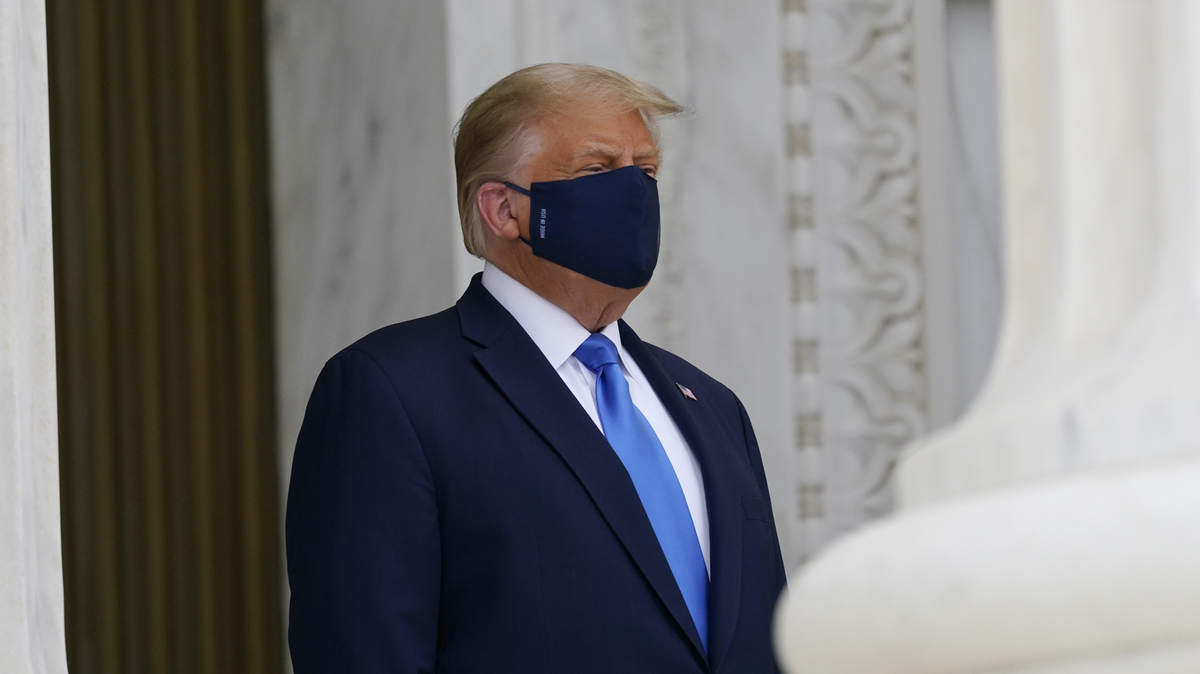 President Trump visits the Supreme Court Thursday to pay respects, as Justice Ruth Bader Ginsburg lies in repose at the top of the front steps of the court.

Saturday is a big day for the future of the country.

Barrett, a former law professor at Notre Dame and Supreme Court law clerk for the late Justice Antonin Scalia, said she would be a justice in Scalia's mold.

"His judicial philosophy is mine, too," Barrett said.

At 48, she would have a prominent role in reshaping American society and culture for generations.

But while that is a factor in Trump's decision, he has a more short-term concern — the upcoming elections.

"I think this will end up in the Supreme Court. And I think it's very important we have nine justices," Trump said Wednesday.

What's more, later in the day, he wouldn't commit to a peaceful transfer of power in response to a reporter's question.

"We're going to have to see what happens, you know, but I've been complaining very strongly about the ballots," Trump said, repeating his unfounded claim of widespread voter fraud. "The ballots are a disaster."

Responding to a follow-up question, Trump added, "Get rid of the ballots, and you'll have a very peaceful — there won't be a transfer, frankly. There will be a continuation."

When Democratic presidential nominee Joe Biden was asked about Trump's remarks, Biden asked facetiously, "What country are we in? Look, he says the most irrational things. I don't know what to say." Biden said in a later interview that Trump's comments were a "distraction" and that at the end of the day, if Trump loses, "he'll leave."

The White House tried to walk back Trump's comments, but on Thursday, Trump again questioned the legitimacy of the election because of mail-in ballots.

"We want to make sure the election is honest," he said, "and I'm not sure that it can be."

At a Friday night rally, Trump mocked the media for raising alarms about his comments. "Then they say, 'He doesn't want to turn over government' — of course I do. But it's got to be a fair election," he said, before rattling off a litany of complaints about mail-in voting in Democratic states.

"You know a real big problem? I like watching television, and have, 'The winner is.' You might not hear it for months, because this is a mess," he said, noting it could take a week or two to count mail-in ballots. "If we're waiting for one state, does that mean the whole nation — the whole world — is going to wait for one state?"

The New York Times reported Friday that "senior leaders at the Pentagon, speaking on the condition of anonymity, acknowledged that they were talking among themselves about what to do if Mr. Trump, who will still be president from Election Day to Inauguration Day, invokes the Insurrection Act and tries to send troops into the streets, as he threatened to do during the protests against police brutality and systemic racism."

It can be hard to know when Trump is being serious or just trying to get attention and troll the left and the news media. But voting is underway this election, and nothing should be surprising in these next five weeks — or beyond.