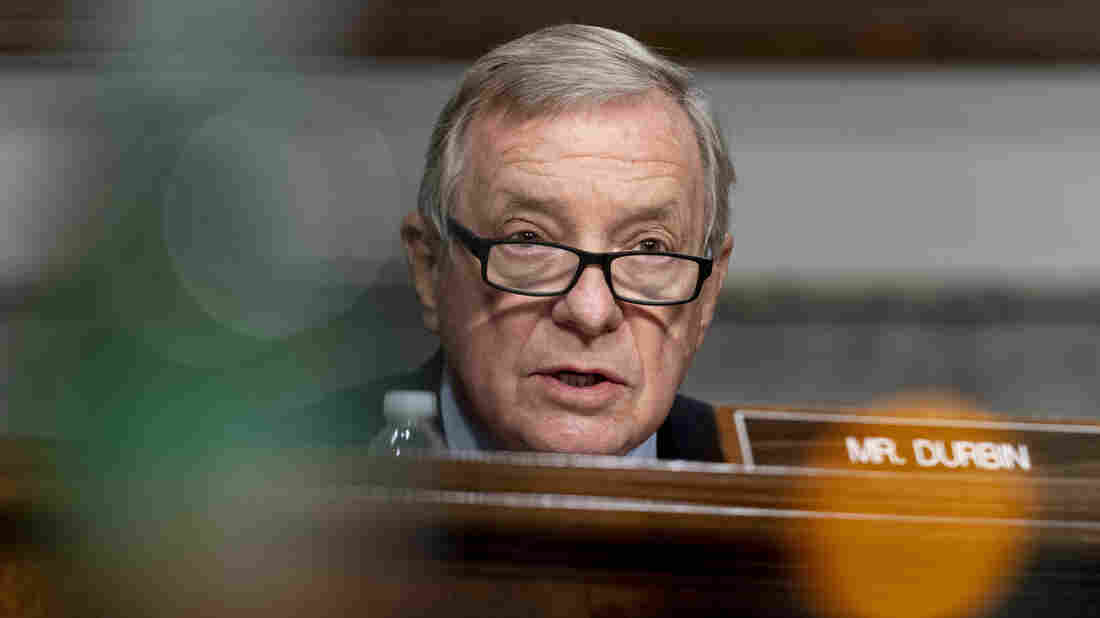 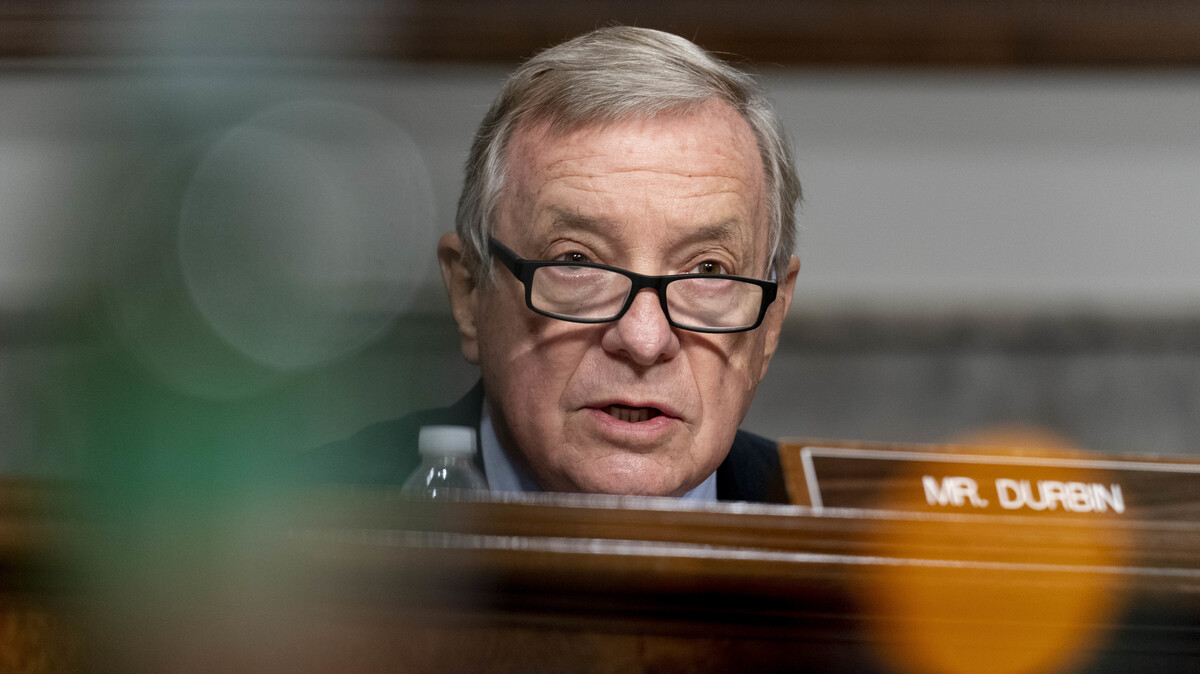 President Trump on Saturday nominated the 48-year-old Barrett to fill the vacancy left by the death of Supreme Court Justice Ruth Bader Ginsburg.

"We can slow it down, perhaps a matter of hours, maybe days at the most. But we can't stop the outcome," Illinois Sen. Dick Durbin said on ABC's This Week.

NEW: Democratic Sen. Dick Durbin tells @GStephanopoulos that Senate Democrats can “slow” the process of confirming Supreme Court nominee Amy Coney Barrett “perhaps a matter of hours, maybe days at the most, but we can’t stop the outcome.” https://t.co/zTNMzk2uyg pic.twitter.com/mA8TYkY9Df

A Senate Republican aide has told NPR that confirmation hearings for Barrett are set to begin on Oct. 12.

Sen. Cory Booker, D-N.J., a member of the Senate Judiciary Committee, told NBC's Meet the Press he sees the Republicans scheduling a vote for Barrett as the "height of hypocrisy."

"Which precedent do you really believe in?" Booker asked. "Because you can't say one thing and then do another. Barack Obama was putting up a nominee 269 days before an election and now we see Donald Trump doing it while people are voting in the midst of an election."

"In 2018, we had about as clear a national referendum as we could," he told CNN, referencing the expansion of the Republican majority in the Senate, while neglecting the Democrats' victories in the House. "It was a clear mandate for a Republican Senate to continue confirming this president's outstanding judicial nominees — and that's what we're going to do to Judge Barrett next month."

A new poll from The New York Times and Siena College on Sunday found that a majority of likely voters in this year's presidential election said that whoever wins the contest should nominate a justice.

House Speaker Nancy Pelosi, D-Calif., told CNN's State of the Union that she's concerned about a case scheduled to be heard before the Supreme Court a week after the Nov. 3 election, on the Affordable Care Act.

"Anyone that President Trump would have appointed was there to undo the Affordable Care Act," Pelosi said. "That is why he was in such a hurry, so he could have someone in place for the oral arguments, which begin Nov. 10."

Barrett has previously criticized Chief Justice John Roberts for his reasoning in upholding the Affordable Care Act. If confirmed, Barrett's vote on the upcoming challenge to the ACA could be pivotal.

Durbin, the Senate minority whip who's also a member of the Senate Judiciary Committee, said he believes Barrett should recuse herself on any case brought before the court dealing with the results of the 2020 election.

"I certainly wish she would; it would really help matters and it would evidence the fact that she wants to be fair in addressing this," Durbin said. "To think that [Trump] would not accept the verdict of the election, and that he would make it clear that he's filling this vacancy on the Supreme Court to make sure it tips his way if there's any election contest, that is an outrage."