Accessibility links
Biden Calls On GOP Senators To Hold Off On Barrett Confirmation : Supreme Court Nomination Joe Biden called on his former Republican colleagues in the Senate to wait to cast their votes for President Trump's Supreme Court nominee until after the general election. 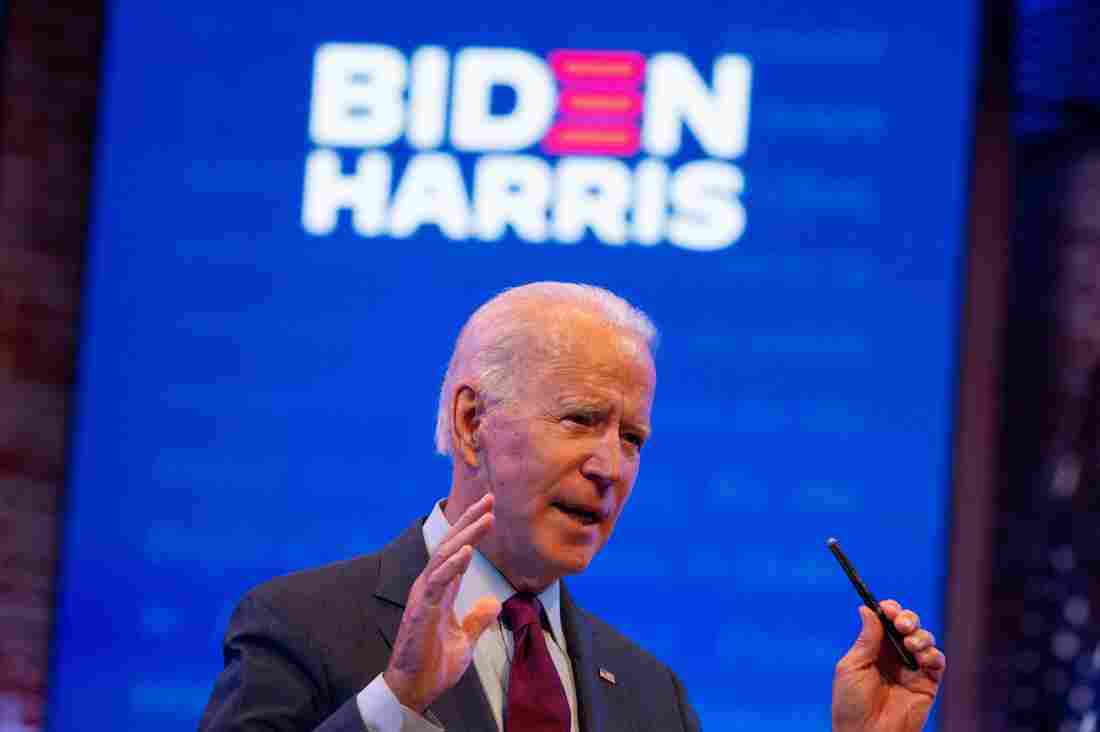 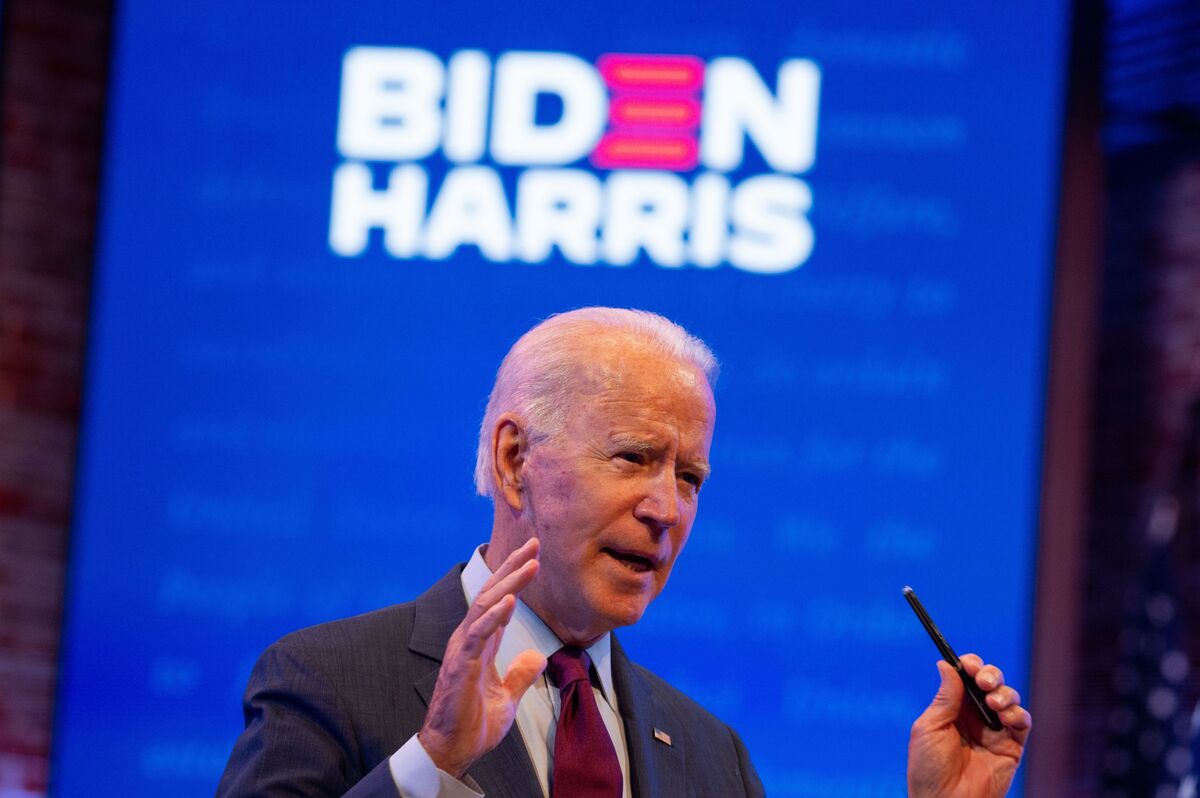 Democratic presidential nominee Joe Biden on Sunday implored Senate Republicans not to act on President Trump's nomination of Amy Coney Barrett to the Supreme Court until after the American people finish selecting their next president.

"There are Senate Republicans out there who know in their hearts that if they shut out the voices of those during a voting period, during an election, they're closing the door on American democracy thereafter," Biden said during a speech in his hometown of Wilmington, Del.

"I urge every senator to take a step back from the brink, take off the blinders of politics for just one critical moment, and stand up for the Constitution you swore to uphold," said Biden, a longtime former senator himself. "Just because you have the power to do something doesn't absolve you of your responsibility to do right by the American people. Uphold your constitutional duty, summon your conscience."

Biden argued that since voters have already begun participating in the democratic process through early-voting and casting their mail-in ballots, it's crucial to hold off on any consideration of a Supreme Court nominee until the election results are known.

"If we're going to call ourselves a democracy, their voices must be heard," Biden said.

The Democratic nominee also emphasized the proximity of Barrett's nomination to an upcoming case before the Supreme Court that challenges the Affordable Care Act.

Barrett could cast a pivotal vote in that decision, as she has previously criticized Chief Justice John Roberts for his reasoning in upholding the health care law.

"The Republican Party has been trying to eliminate [the ACA] for a decade. Twice already, the Supreme Court has upheld that law. And the Congress, expressing the popular will of the American people, has rejected President Trump's efforts as well," Biden said. "It should come as no surprise that on Saturday, President Trump would nominate Judge Amy Coney Barrett and on Sunday lay out clearly what is objective is: to terminate Obamacare."

Trump tweeted Sunday morning that the Affordable Care Act, or Obamacare, would be replaced with a "cheaper alternative if it is terminated in the Supreme Court."

Obamacare will be replaced with a MUCH better, and FAR cheaper, alternative if it is terminated in the Supreme Court. Would be a big WIN for the USA!

This isn't the first time Biden has asked Republican lawmakers to respect the late Justice Ruth Bader Ginsburg's dying wish that she "not be replaced until a new president is installed."

Speaking in Philadelphia two days after Ginsburg's death, Biden called on a "handful" of Republicans to "follow your conscience."

On Sunday, Biden told reporters he hasn't reached out directly to any Senate Republicans, saying he didn't want to put them in a compromising position.

"I concluded that that would put them in a position if they were to vote the right way that they'd be compromised because I called them. I have great respect for a number of my former Republican colleagues and I'm hoping they will do the right thing."