Accessibility links
Highlights From Amy Coney Barrett's Supreme Court Questionnaire : Supreme Court Nomination President Trump's nominee to the Supreme Court was contacted about the job a day after the death of Justice Ruth Bader Ginsburg, according to paperwork required for the confirmation process. 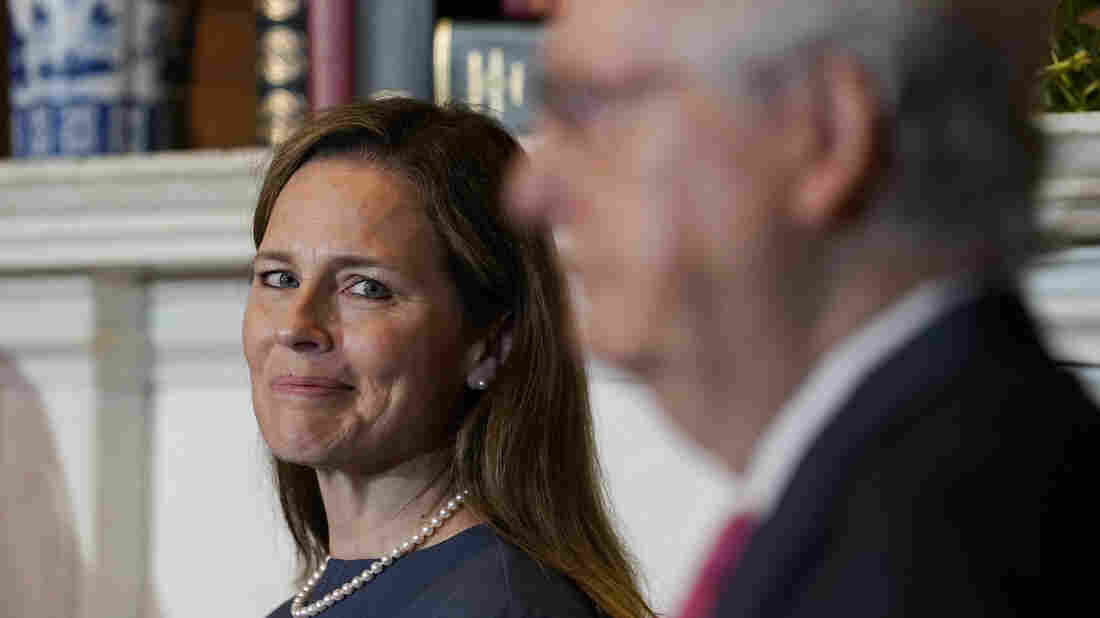 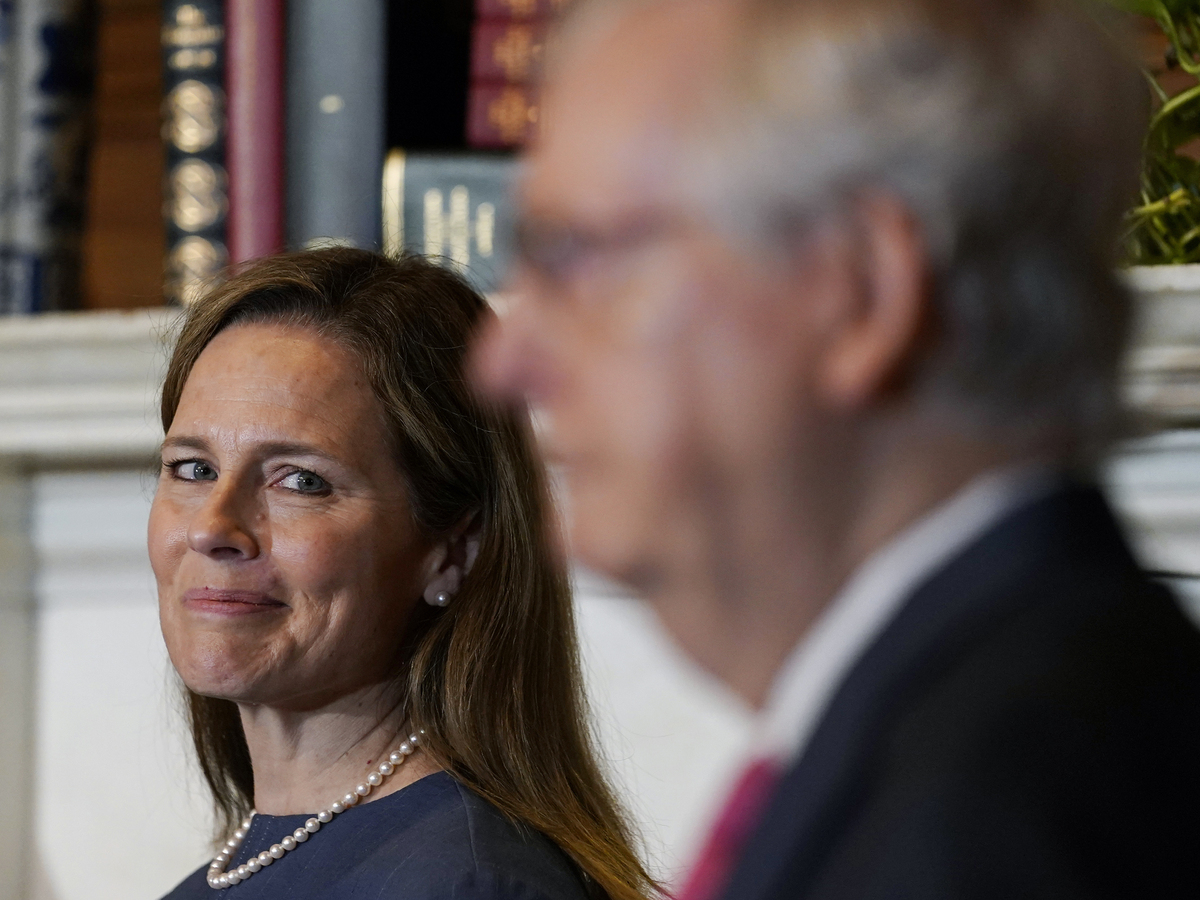 Judge Amy Coney Barrett, President Trump's nominee for the Supreme Court seat made vacant by the death of Justice Ruth Bader Ginsburg, has a relatively short record as a federal judge, but a long track record as a conservative lawyer and law professor.

Barrett met Tuesday with Senate Majority Leader Mitch McConnell, R-Ky., and Republican senators ahead of her confirmation hearing that begins Oct. 12. As part of the process, the Senate Judiciary Committee released a 65-page questionnaire Barrett answered, along with 1,800 pages of documents, 150 speeches and writings, and nearly 100 opinions she has written and more than 800 appeals in which she participated.

Here are highlights from the questionnaire:

The White House contacted Barrett a day after Ginsburg's death

Barrett says she received a call on Saturday, Sept. 19, from Pat Cipollone, counsel to the president, and White House chief of staff Mark Meadows to discuss the vacancy created by Ginsburg's death the previous day.

A day later, she says, the two men called her again and asked her to come to Washington. Trump called her later that day to confirm the invitation.

On Monday, Sept. 21, three days after Ginsburg's death, Barrett met with Trump, Vice President Pence, Cipollone and Meadows in Washington, where Trump offered her the nomination and she accepted — pending vetting.

What Barrett would recuse herself from

But it is what's not in the list of recusals that's more interesting: Barrett did not say she would recuse herself from cases related to the outcome of November's presidential election.

Trump has made Barrett's confirmation a key election issue, noting that a full complement of nine justices should hear the case if the election is legally challenged. Senate Democrats have called for Barrett to publicly recuse herself from any election-related cases before the court because of Trump's comments. Her silence on the matter is likely to add to their uneasiness about her nomination.

Barrett previously provided "briefing and research" assistance in Bush v. Gore, the Supreme Court case that decided the 2000 election, while she worked as an associate at Baker Botts, the law firm that represented then-Texas Gov. George W. Bush.

"I worked on the case on location in Florida for about a week at the outset of the litigation," Barrett wrote in her questionnaire. "I worked with Stuart Levy, a partner at the firm, while the case was in Florida courts. I did not continue working on the case after my return to Washington."

The Supreme Court ultimately decided the case in Bush's favor.

Barrett has a long history of talking to conservative groups that share her philosophy.

Her questionnaire lists a total of 25 appearances before the conservative Federalist Society, whose leaders helped Trump screen his potential nominees for the Supreme Court, including this one. Sixteen of Barrett's Federalist Society appearances occurred after she became a federal judge in November 2017.

In terms of her other speaking engagements, she has spoken multiple times before the Blackstone Legal Fellowship, a Christian group run by the Alliance Defending Freedom, the organization that represented a funeral home in a pivotal LGBT employment-discrimination case that came before the Supreme Court in the 2019-2020 court term.

According to its website, the Alliance Defending Freedom, or ADF, was founded in 1993 with the stated goal of advocating, training and funding legal cases on the issues of "religious freedom, sanctity of life, and marriage and family."

When asked in 2017 during her confirmation hearings for the 7th Circuit about her connection to the group and its anti-LGBTQ worldview, Barrett replied: "I would never impose my own personal convictions upon the law."

Previous disclosure forms show that between 2015 and 2017, when she became a judge, Barrett received $4,200 in honoraria from the ADF and $7,000 from the Federalist Society, and she went on 10 Federalist society-funded trips.

Fix The Court, a non-partisan judicial watchdog group, reports that Barrett's most recent financial disclosure form in 2019 listed investments of $3.1 million, in addition to her ownership of two homes in South Bend, Ind., one that she lives in with her family, and another that has, in the past, been rented out.