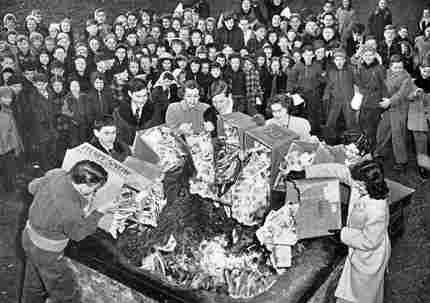 In elementary school, a contingent of classmates began to collect Marvel cards. They were vivid things, glimmering with metallic foil. Spiderman. Doctor Doom. Magneto. There were mutant men with fantastic powers and a propensity for violence. And there were mutant women with fantastic powers, a propensity for violence, and superhuman anatomy. After a while, a group of parents protested. There is no room for this in a classroom, they said. Or on the playground, they continued. It was a Montessori school, so we had a healthy debate about the cards. Are they offensive? Did they have any value? Ultimately, we decided, they would stay in our cubbies 'til recess.

In his new book, The Ten-Cent Plague: The Great Comic-Book Scare and How It Changed America, David Hajdu writes about another comic-related scandal, admittedly of greater importance than the one I lived through. (You can see some images from his book here.)