Accessibility links
Lovers, Haters, Uniters, Dividers -- Our Identity Crisis : Blog Of The Nation Dick Meyer knows why you hate us... and he can help. 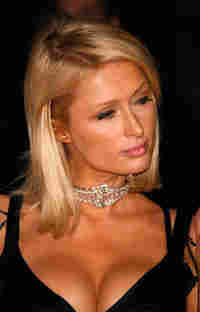 I know why I hate her, but why do we hate US? Source: Michael Buckner/Getty Images hide caption

So, you know that feeling when you see a fourteen-year-old girl sashaying down the street in cork heels, short shorts, and a baby-T that reads, "That's Hot"? Sort of like acid is rushing down your throat, and possibly over the grave of Mark Twain? Yeah, me too. But I also can't stand the molten hatred that pours out of blogs on that very subject (yes, like this one), and I mourn the lack of critical thought that accompanies those screeds. Dick Meyer feels our pain. NPR's new head of Digital Media (yeah, like this!) has written a new book diagnosing the disease, and its cause -- the cultural revolution of the 60s, and the technological revolution at the start of this century, have set people adrift. Now we're lonely and mad. But don't worry, he's got a prescription too, so we can leave behind the phony and the lonely, and bask in authenticity. However, I do have to say, that some of the technological changes that he talks about, have actually enriched my life -- I find great fulfillment in my Facebook community, and Paris Hilton isn't part of it. What parts of modern life have provided authenticity to you?