Accessibility links
"The Forrest Gump of Photojournalism" : Blog Of The Nation Photographer Howard Bingham joins us today to talk about his legendary photos, and his relationship with Muhammad Ali.

Listen
"The Forrest Gump of Photojournalism"

"The Forrest Gump of Photojournalism" 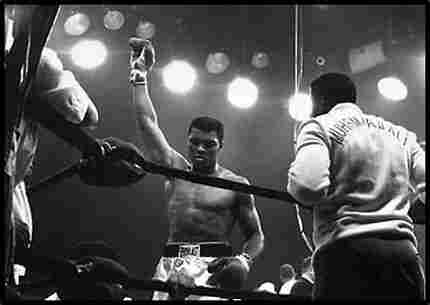 That's what professional photographer Howard Bingham calls himself, because, in his words, he keeps "popping up as history is being made." Bingham, who is self-taught and learned his craft on the job, is most famous for his photos of Muhammad Ali, aka Cassius Clay. He even wrote a book about him called, Muhammad Ali: A 30-Year Journey. Over the course of his long career, Bingham has created lasting images of everyone from Nelson Mandela and Malcolm X to Sydney Poitier and Bill Cosby. He is in Washington, D.C., to be honored by the Congressional Black Caucus Foundation's 12th Annual Celebration of Leadership in the Fine Arts. And he joins us today to answer your questions about his photographs and his relationship with Muhammad Ali.