Accessibility links
Free Range Foie Gras : Blog Of The Nation If you like foie gras but worry about how its made, you might be interested in the "goose whisperer," Eduardo Sousa's alternative. 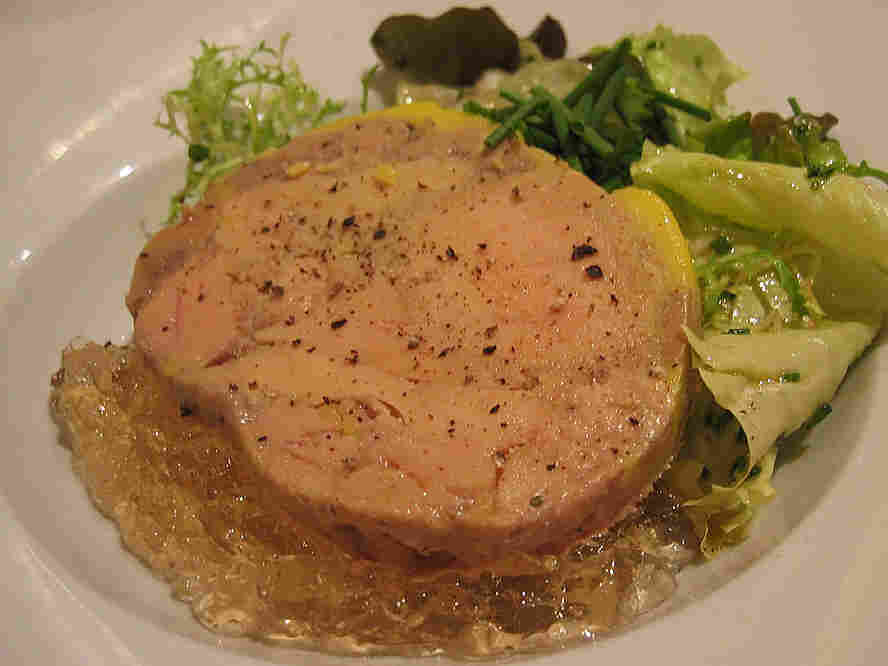 Foie gras, the food many love -- and many love to hate. Diva Eva/Flickr hide caption 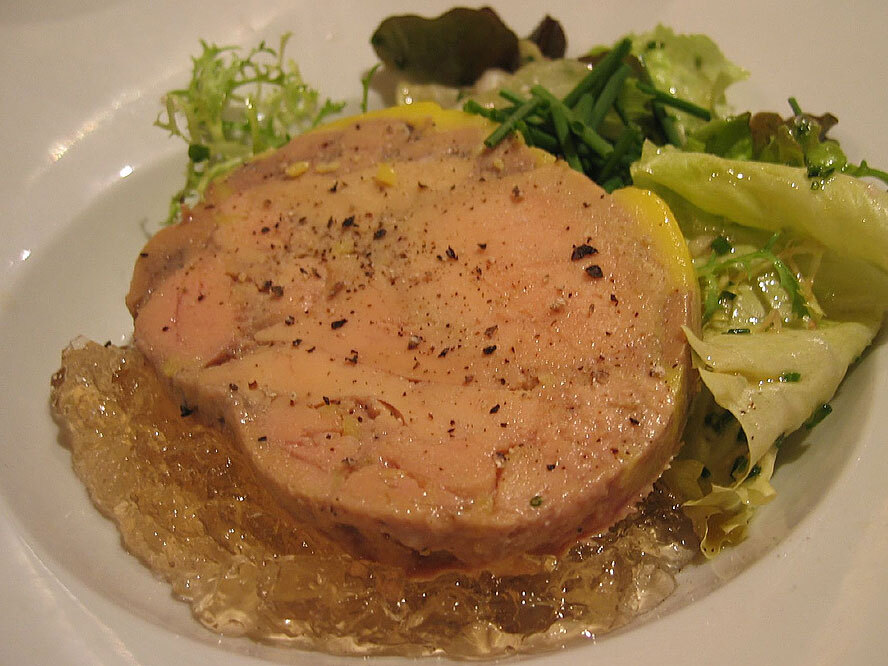 Foie gras is about as politically tricky a food as you can get. Basically, young male geese are force-fed so that their livers get super fatty, and then their short lives end. Their livers end up on plates in Michelin-rated restaurants and foodie households. It's so icky that Chicago banned foie gras for a while, and its manufacture is banned in parts of Europe. You see, the force-feeding -- called gavage -- isn't some newfangled get-gras-to-table-fast scheme -- the practice hails from ancient Egypt. Its long been seen as the only way to really get a full flavored, fatty foie, but there may be an alternative.

In Extremadura, the 1,000 or so geese Sousa raises each year roam freely, eating their fill of acorns and olives, on a farm that replicates the wild as closely as possible. "If you convince them that they're not domesticated, their natural instinct takes over," he explains. "When it turns cold and it's time for them to migrate, they start gorging to prepare for the long flight."

Free range foie! But does it work? At first, critics complained that Sousa's foie lacked the yellow tinge they craved, which comes from the dyed factory corn typical geese gorge on. Sousa's solution? He "planted bright orange flowers native to the area around the grounds of his farm. The geese feasted and his blindingly yellow foie gras was born."

Sousa's foie won the Coup de Coeur for Best Foie Gras from the Paris International Food Salon in 2007, and it piqued some interest in "ethical" foie production. Now, chef Dan Barber is trying to replicate Sousa's technique at Stone Barns Farm in New York. Sousa visited him there recently, and while he didn't like how the eggs are incubated there ("If you wanted to raise a baby Rambo, would you want him living rough out in the country or coddled in an intensive-care unit?"), he sees great promise.